In 2018 the Canadian Centre for Architecture launched a collaborative and multidisciplinary research project on architecture’s complex developments in sub-Saharan African countries after independence. The architecture practice and discipline, along with academic institutions, archives, libraries, and museums, have been integral to what Valentin-Yves Mudimbe calls “the invention of Africa” by the West. This project therefore asks, first, how to understand architecture’s historical role in decolonization, neocolonialism, globalization, and their manifestations across the continent, at local and regional scales; and, second, how this understanding can challenge established methods and disciplinary conventions of architectural and urban studies. “Centring Africa: Postcolonial Perspectives on Architecture” seeks to contextualize such seemingly paradoxical relations as those among building and unbuilding, formal and informal, appropriated and expropriated, and modern and traditional. The project aims to question, and eventually shift, perspectives shaped by North/South knowledge divides.

This research initiative is catalyzed in part by the recent arrival at the CCA of three important archival collections related to architecture, urbanism, and territoriality in Africa: those of Dutch planner Coen Beeker, German architect Georg Lippsmeier, and Kiran Mukerji, an employee of Lippsmeier. Together, these archives form a unique research library of nearly three thousand titles, which will serve as an investigative starting point for the individual and collective projects undertaken in the framework of the CCA Multidisciplinary Research Program. Generally, the CCA considers archival research essential to building new forms of evidence, understanding the archive broadly, even as one which still needs to be constructed. Specifically, this project reconsiders the archive in order to challenge the reliance on Western sources by looking beyond institutional archives to others constructed around single buildings, international organizations, urban spaces, new policies, statistics, laws, photography, financial programs, and philosophical, intellectual, or cultural propositions.

Beginning in October 2019, with funding from the Andrew W. Mellon Foundation, the CCA will direct an eighteen-month period of research in collaboration with ten Mellon Researchers pursuing eight projects that seek to analyze and historicize the ways in which architecture manifests transformations in post-independence African countries. The Mellon Researchers’ projects move across actors, architectural typologies, key geographies, and urban developments that constitute architecture’s varied agencies in sub-Saharan Africa. Through workshops, public events, and collaborative forms of dissemination the Mellon Researchers will shape the future of architectural and urban scholarship on the continent by addressing urgent issues of anti-colonial pedagogy, sited forms of historiography, and a resurgence of decolonial archival practices.

Doreen Adengo proposes to document the modernist architecture of Kampala, Uganda, and its post-occupancy adaptations from the perspective of the local user. Adengo is the principal of Adengo Architecture.

Dele Adeyemo’s proposal takes the modernist new town and harbour at Tema, Ghana, as a case study to research how the emergence of logistics, as a networked spatial system, has governed urbanization in Africa. Adeyemo is a doctoral student at the Centre for Research Architecture at Goldsmiths, University of London.

Warebi Gabriel Brisibe and Ramota Obagah-Stephen propose to study the courtyard houses built on formerly segregated land in Old Port-Harcourt Town during Nigeria’s late- and postcolonial periods as an architectural form of creolization. Brisibe is a senior lecturer and Obagah-Stephen is a lecturer at Rivers State University.

Rachel Lee and Monika Motylinska propose to investigate a selection of the Institut für Tropenbau’s “social infrastructure” projects within the context of German foreign policies and Tanzanian and Senegalese agendas. Rachel Lee is a post-doctoral fellow at the Institute of Art History, Ludwig-Maximilian-University Munich, and Monika Motylinska is a postdoctoral researcher at the Leibniz Institute for Research on Society and Space.

Ikem Stanley Okoye proposes to use the African-produced early modern buildings of Nembe, Okrika, Old Awka, Ibi, Little Popo, and Beau in West Africa, originating well before the (inter)nationalist turns in the vicinity of WW II, as critical prologues to writing new and decolonized histories of architecture and of its imagined futures. Okoye is an Associate Professor at the University of Delaware.

Cole Roskam proposes to examine the history of China’s involvement on the African continent, in particular, the Chinese Communist Party’s efforts to redefine intermediacy as an empowering geopolitical position through African-Chinese architectural collaboration since 1949. Roskam is an Associate Professor at the University of Hong Kong.

Łukasz Stanek proposes to study how the Africanization of architecture in independent Ghana was facilitated by its opening towards multiple networks of solidarity at regional and global scales. Stanek is a Senior Lecturer at the Manchester Architecture Research Centre, University of Manchester and an Associate Visiting Professor at the Taubman School of Architecture at the University of Michigan. 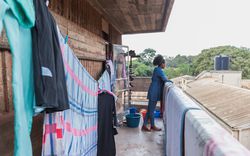 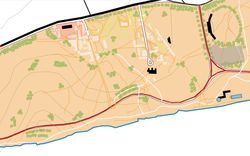 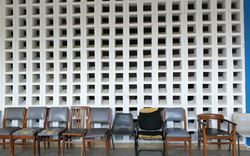 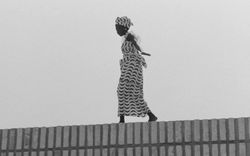 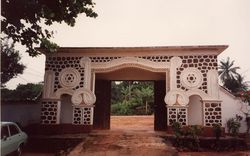 Where Was Not Modernism? 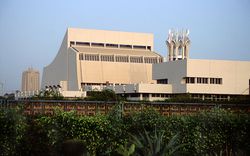 Architectural Education in the Intermediate Zone 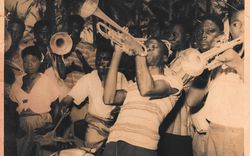 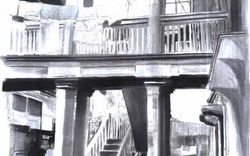 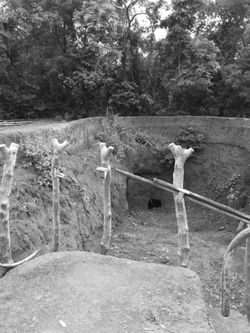 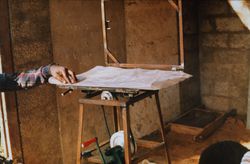 The CCA committee prepared the open call for applications and selected seminar participants with advisors to the project.

This is the CCA’s fourth Mellon Multidisciplinary Research Project; please click here for more information on the program.