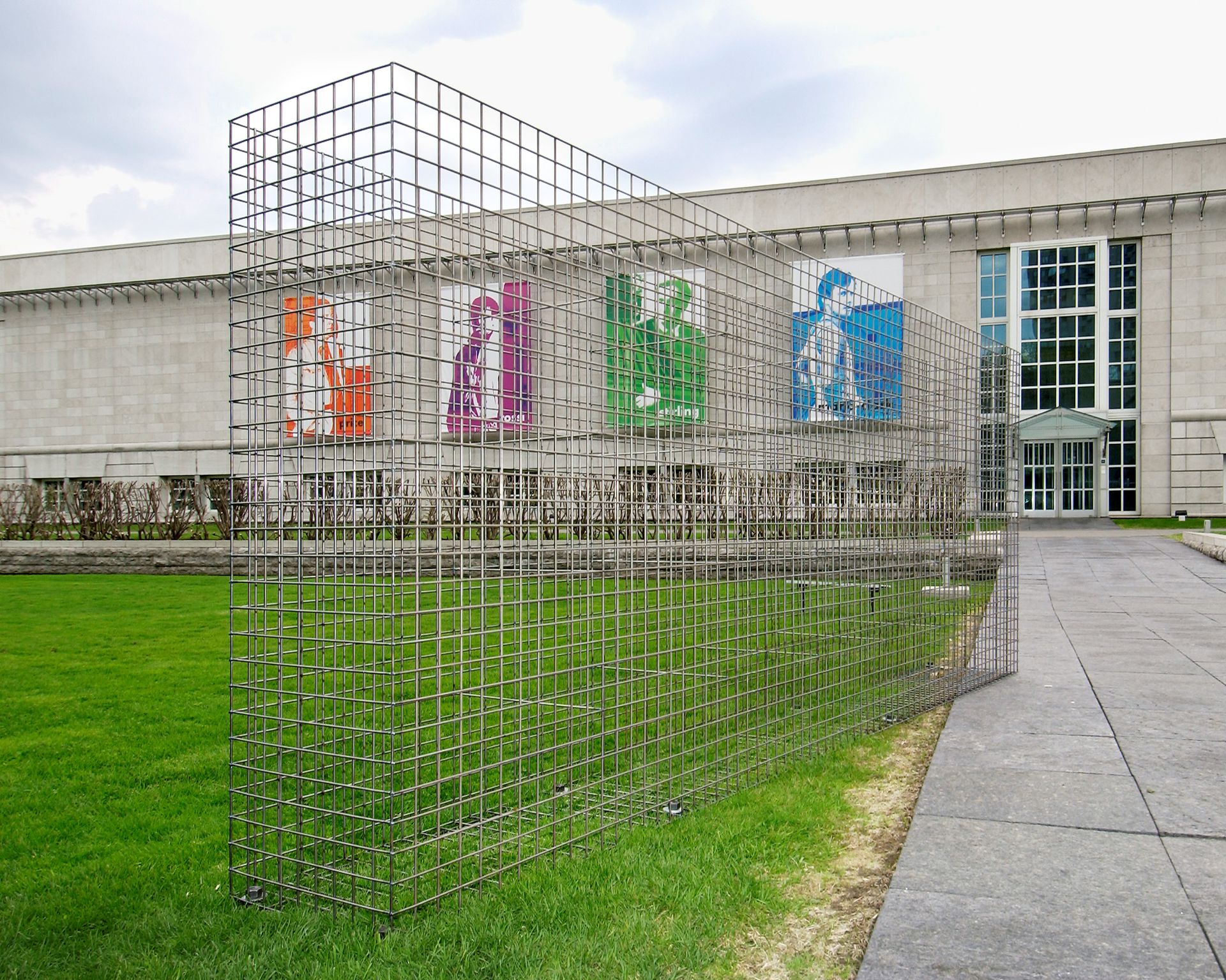 On the occasion of the first Earth Day, Gordon Matta-Clark orchestrated an event at Manhattan’s St. Mark’s Church that took place from 20 to 23 April 1970. Passersby were invited to participate in depositing all kinds of urban debris into a mould, together with plaster and tar. The resulting wall served as a backdrop for various performances that were related to everyday activities. After three days, the Garbage Wall was dismantled and dumped into a container. In May of the following year, Matta-Clark produced a smaller version of the wall featured in Fire Child, his first film.

Although nothing remains of the original Garbage Wall, its power can still be felt in recent copies constructed by exhibition curators for various Matta-Clark retrospectives. Absent Wall: Recalling Gordon Matta-Clark’s Garbage Wall (1970) does not re-create the lost original with new garbage, but pays homage to the playful monument and to some of the core issues of 1970s culture.

Presented in conjunction with out of the box: price rossi stirling + matta-clark.

out of the box: price rossi stirling + matta-clark