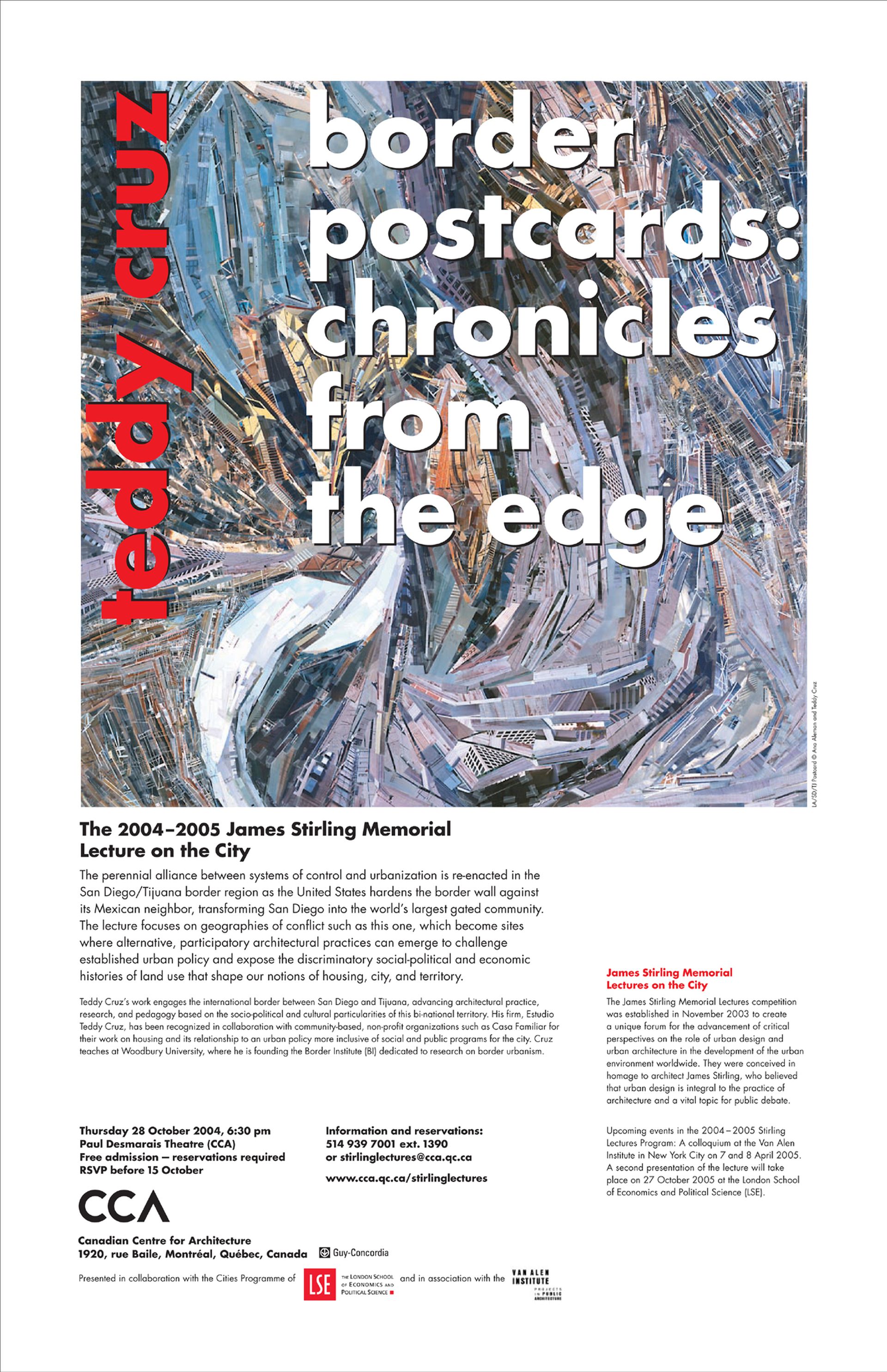 Guatemalan-born architect Teddy Cruz explores the perennial alliance between systems of control and urbanisation that is re-enacted in the San Diego/Tijuana border region as the United States hardens the wall against its Mexican neighbour, transforming San Diego into the world’s largest gated community. Such geographies of conflict are where alternative, participatory architectural practices can emerge to challenge established urban policy and expose the discriminatory socio-political and economic histories of land use that shape our notions of housing, city, and territory.

The 2004-2005 James Stirling Memorial Lectures competition is a collaboration between the CCA and the Cities Programme of the London School of Economics and Political Science (LSE), in association with the Van Alen Institute Projects in Public Architecture, New York. The lecture was presented at the Van Alen Institute on 10 October 2005 and at LSE on 7 April 2005.