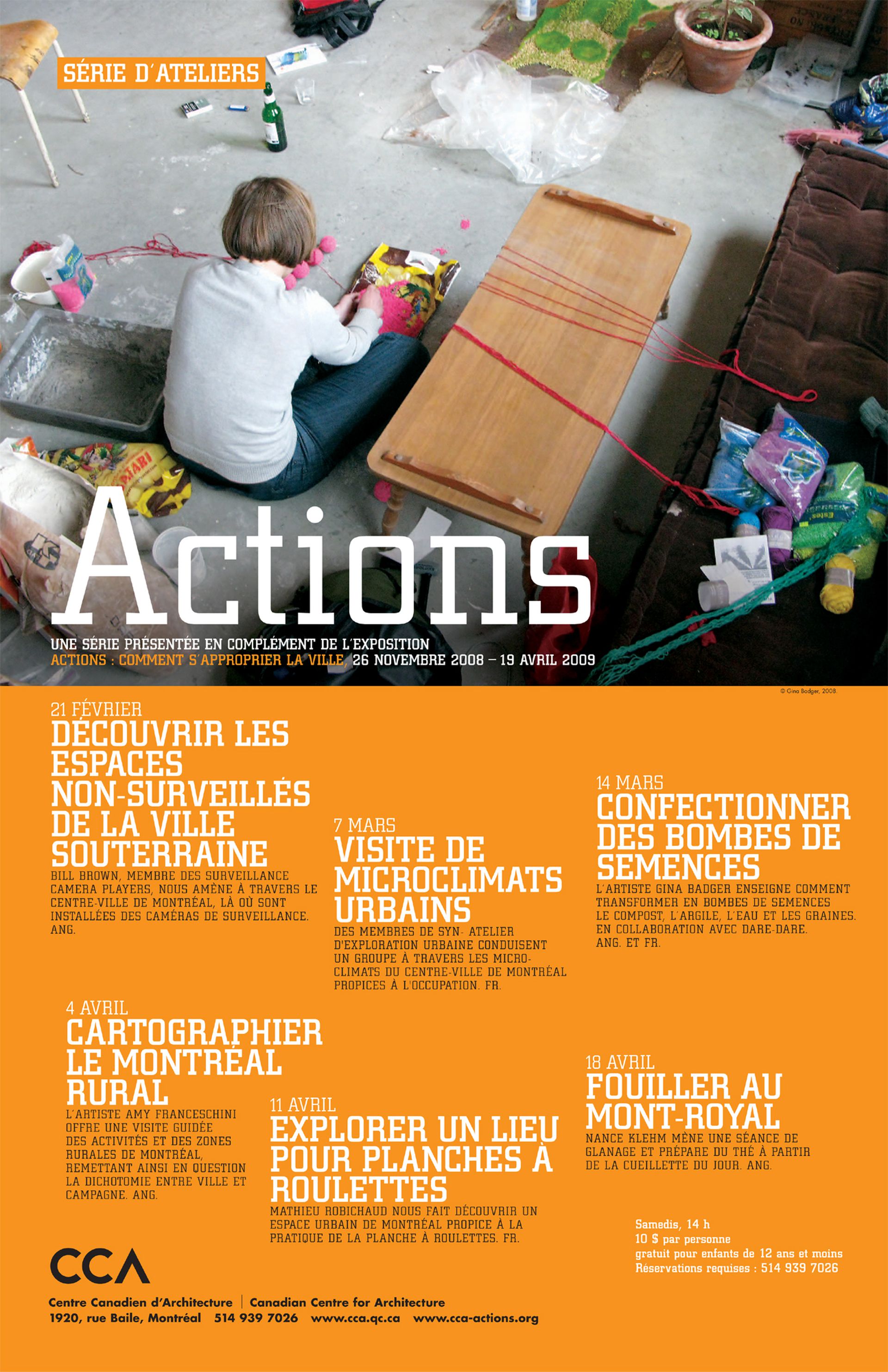 In conjunction with the exhibition Actions: What You Can Do With the City (2008), the CCA hosts a series of workshops devoted to public actions in urban environments and their impact on contemporary society.