The City as a Surface for Play: Four Short Films 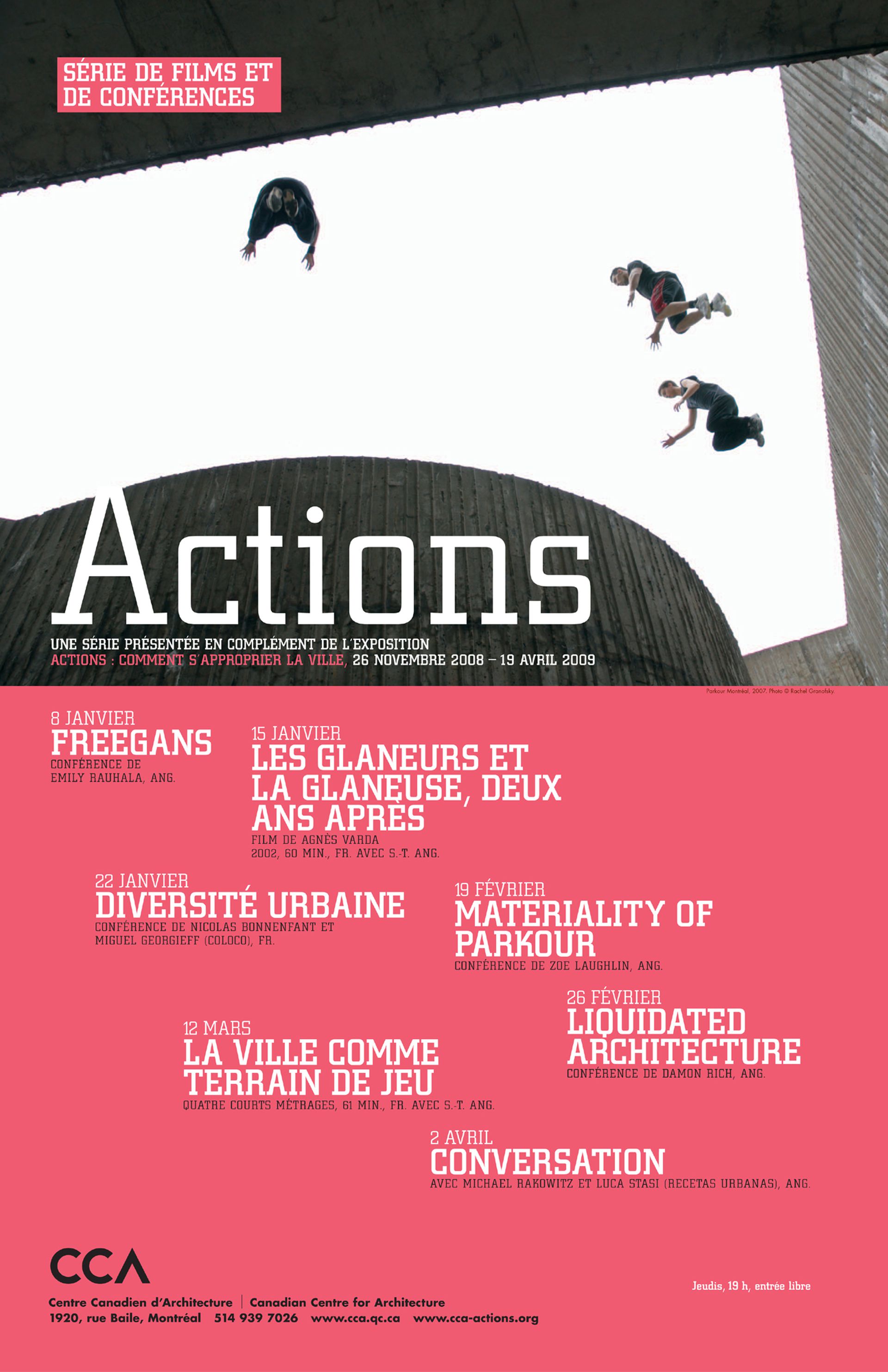 A series of four short films presents pedestrians, a red balloon, skateboarders in Westmount and a concrete schoolyard as instigators of vital urban activity and recreation:

The short films are part of a series of lectures and films presented in conjunction with the exhibition Actions: What You Can Do With the City (2008), which explores public actions in urban environments and their impact on contemporary society.