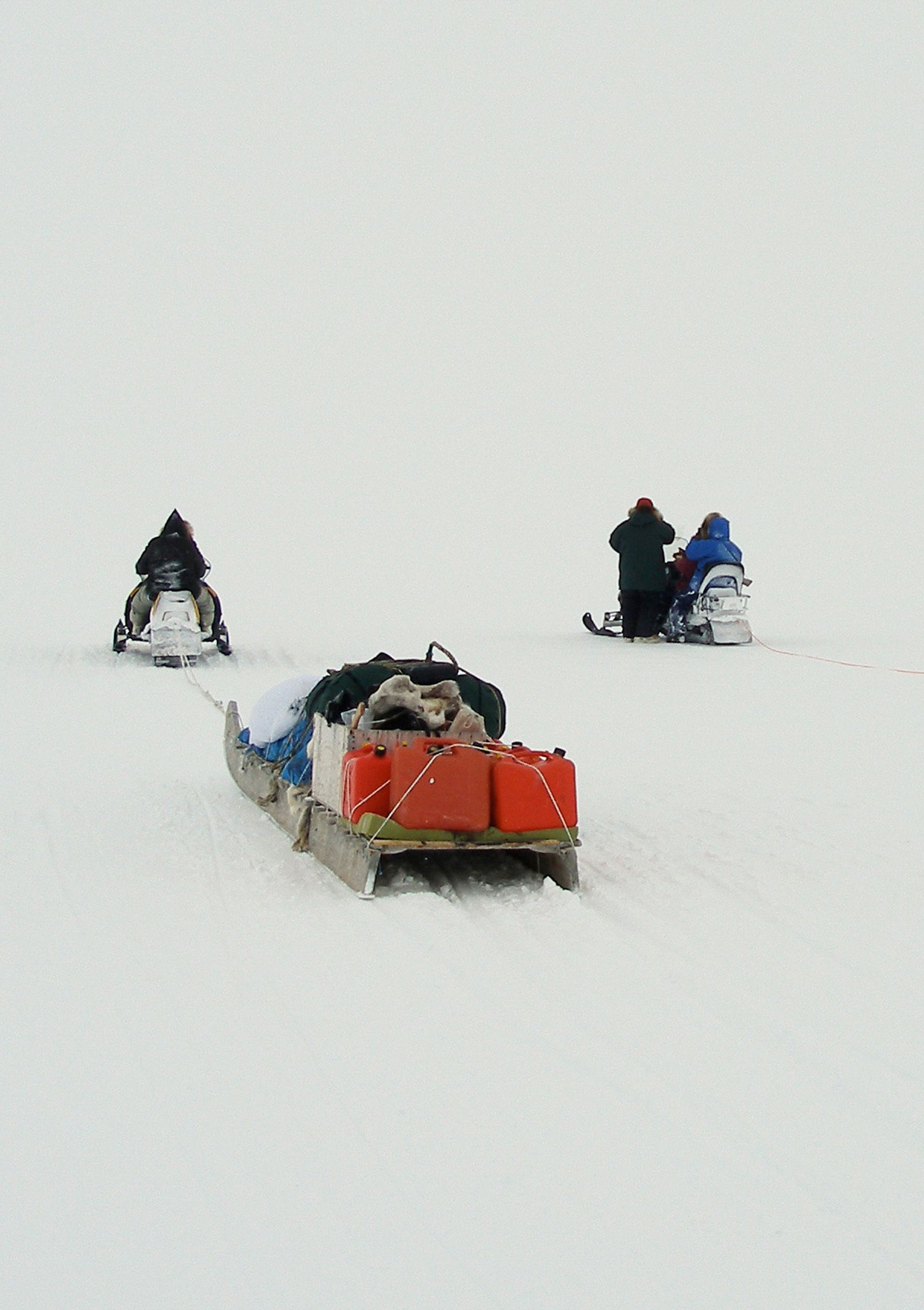 Inuit hunters in whiteout conditions on the trail between Igloolik and Repulse Bay (Nunavut, Canada), 2006. Photograph by Claudio Aporta

This Saturday, join us for the first workshop of Storytellings, a dynamic series that explores changes in the built environment initiated by and resulting from movement.

In Global Depanneurs, participants embark on an exploration of dépanneurs in downtown Montreal, led by guest collaborators. Beyond the notion of the corner store, some dépanneurs have been adapted into meeting places, zones where the needs of cultural communities interact with local market activity. Participants will explore the neighbourhood around the CCA and use drawing to discover these hybridized typologies.

The Idea of North
Matthew Biederman and Charles Stankievech, with Douglas Moffat
19 February, 2011 (in English)