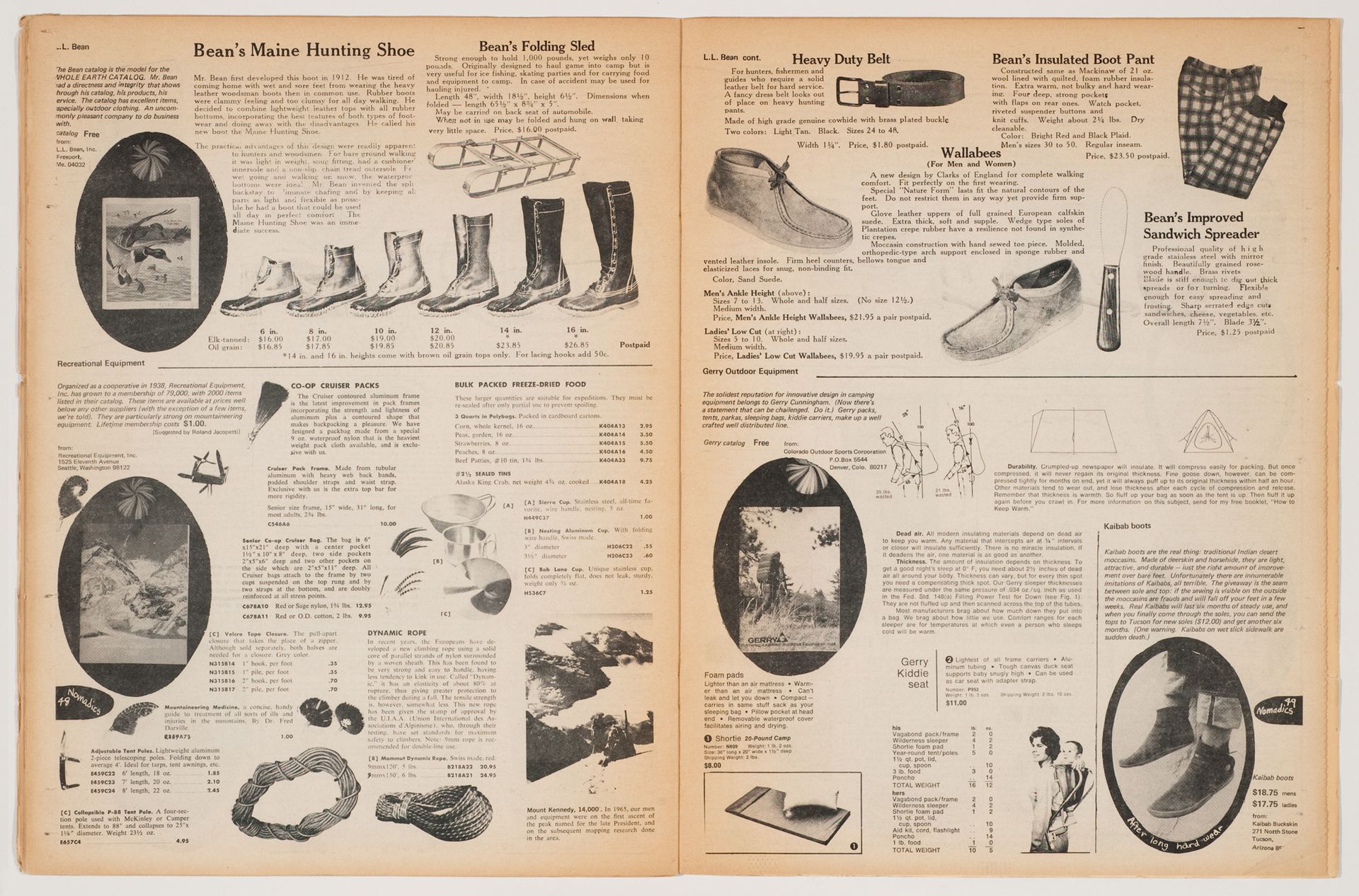 Visiting Scholar Nader Vossoughian looks at informal urban planning through the history of encyclopedism, using the Whole Earth Catalog as a case study:

Histories of participatory or informal urban planning tend to be written from the standpoint of the history of science and technology. As Reyner Banham notes, the automobile and the telephone are two inventions that made possible the “Second Machine Age,” that is, the culture of radical autonomy and self-reliance heralded by Buckminster Fuller during the 1920s. I will argue that informal planning also needs to be viewed from the standpoint of the history of encyclopedism.

In the eighteenth century, Diderot and D’Alembert developed the Encyclopédie for the purpose of democratizing access to knowledge. Their goal, as Diderot notes, was to “collect knowledge disseminated around the globe; to set forth its general system to the men with whom we live, and transmit it to those who will come after us.” Similarly, participatory approaches to city planning share in common the desire to democratize urban life—to make it more interactive and hence also more inclusive. Since the 18th century, numerous utopian thinkers have taken recourse to the former tradition in order to achieve the latter aim, i.e., they have often relied on encyclopedias and other information-gathering tools to advance the cause of radical self-governance. In this presentation, I will focus on one specific case study, the Whole Earth Catalog, to illustrate this point.

A cornerstone of the American counterculture movement, the Whole Earth Catalog brings into focus the overlapping histories of urbanism and encyclopedism. Inspired by the mail-order shopping models pioneered by L.L. Bean and others, it served as an “an evaluation and access device,” as its founder Stewart Brand notes. Its mission was to empower “the individual to conduct his own education, find his own inspiration, shape his own environment, and share his adventure with whoever is interested.” It helps one understand the aspirations that underpin the ideas of Rem Koolhaas, the Urban Think Tank, Teddy Cruz, and other advocates of informal urbanism. It also illustrates how modern capitalism has transformed attitudes toward privacy and publicness, politics and planning, over the last half-century.

Nader Vossoughian is an associate professor of architecture at the New York Institute of Technology. He studied philosophy, cultural studies, and German literature at Berkeley, Swarthmore, the Albert-Ludwigs-Universität (Freiburg), and the Humboldt University (Berlin) before receiving his M.Phil. and Ph.D. in the History and Theory of Architecture from Columbia University. His first book, Otto Neurath: The Language of the Global Polis, was published in 2008 by NAi. He has curated exhibitions at Stroom den Haag and the Museum of Applied Arts in Vienna. From 2008-2010, he was a Researcher at the Jan van Eyck Academie in Maastricht. His current project, titled Anarchist Utopias, rethinks the history of decentralized planning through the lens of the history of encyclopedism.

Nader Vossoughian was a Visiting Scholar at the CCA in 2012.