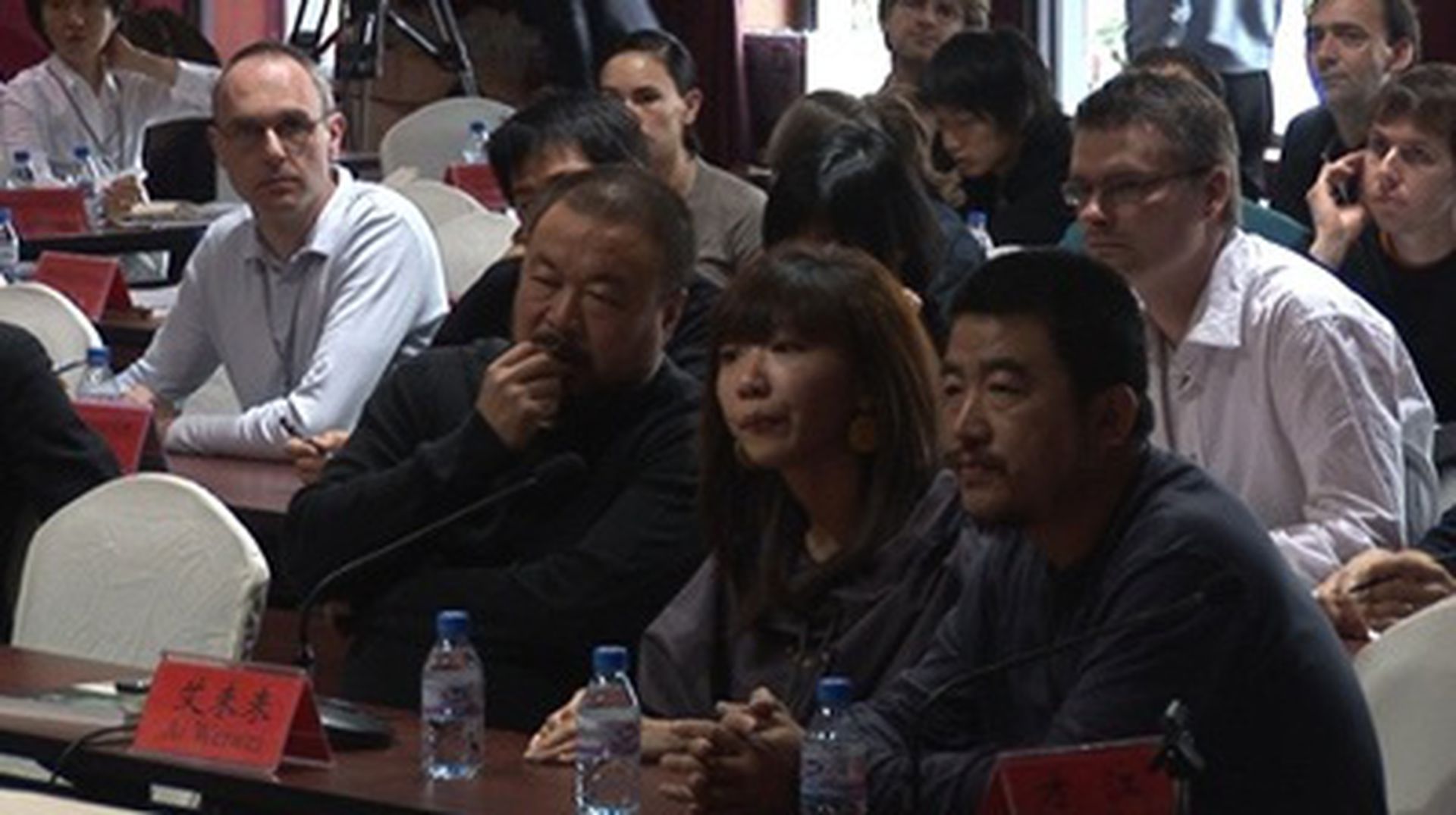 The coal- and gas-rich city of Ordos in northern China boasts a new central district devoid of people. The contemporary city centre was built from scratch on the arid Mongolian steppe at a cost of over $161 billion, and was projected to house over 1 million people. Currently, the government claims that 28,000 reside in the new area. Despite the lack of residents, property continues to be a hot commodity in Ordos.

As part of the development of what has become a modern ghost town, the government commissioned architects Herzog & de Meuron and artist Ai Weiwei to curate a luxury housing area in the new district called “Ordos 100.” One hundred architects from twenty-seven countries were chosen to participate, each of whom was asked to design a 1000-square-meter villa. The hundred villas would fit into a master plan designed by Ai Weiwei.Directed by Ai Weiwei, the film Ordos 100 documents three visits to the site, during which time the master plan and design of each villa was completed. As of this date, the Ordos 100 project remains unrealized.

This lecture is part of the Learning from… series. Learning from… Boomtowns examines human migration and housing in three regions. Artist Thomas Kneubühler and filmmaker Ernest Webb observe the effects of the James Bay hydroelectric dams on native communities in Northern Quebec. Architect Paulo Moreira analyzes the destruction of an informal settlement to make way for denser housing in Luanda, the capital of oil-rich Angola. A film by Ai Weiwei documents the process of designing a luxury villa precinct in Ordos, a coal city in northwest China.