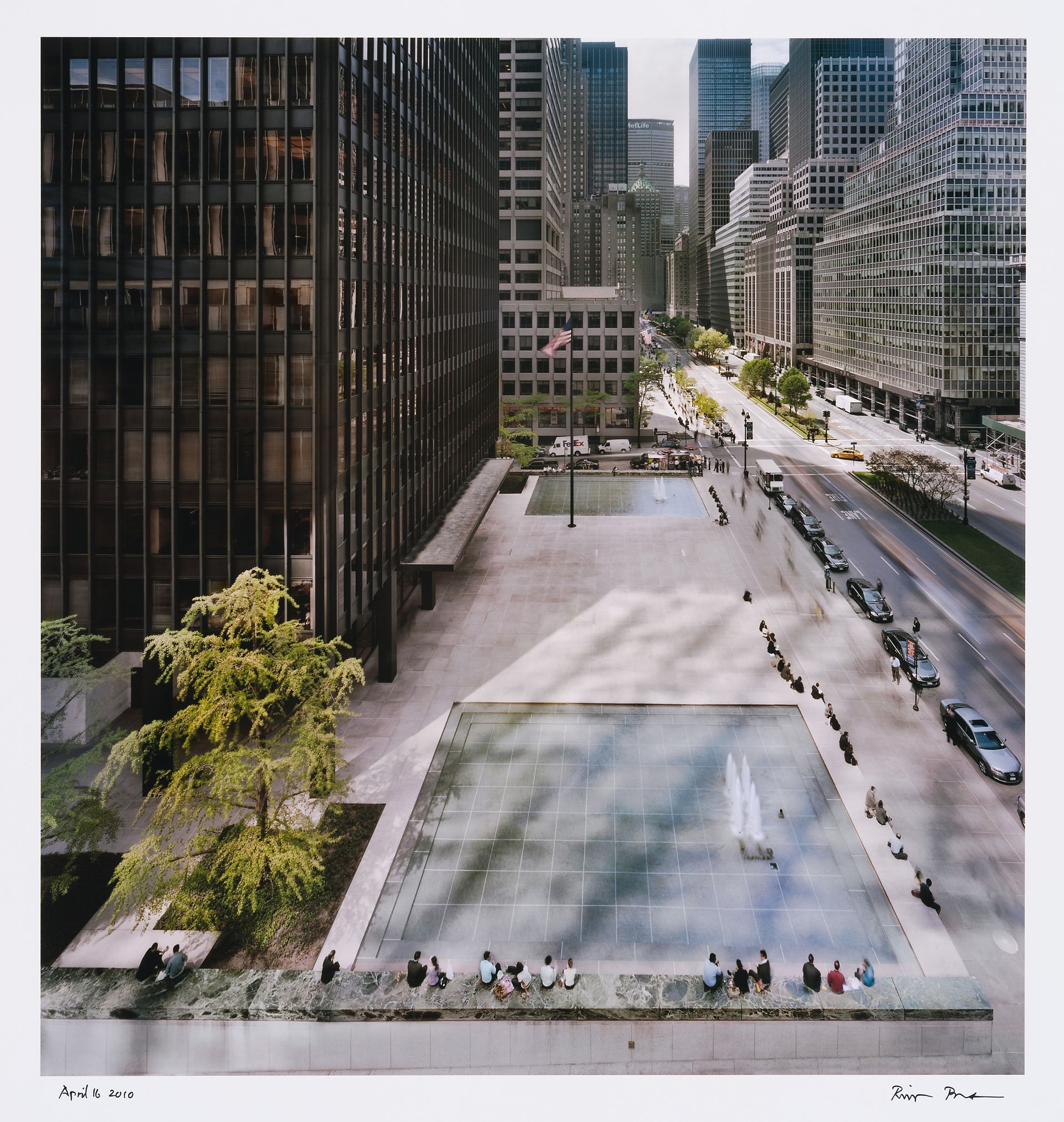 The plaza at the Seagram Building in New York, designed by Ludwig Mies van der Rohe and completed in 1958, was a litmus test of what an open space in the city could be. Raised three steps above the sidewalk along Park Avenue, the plaza is an oasis of calm, distant from the commotion and turbulence of the street. The way in which the plaza has been adopted by New Yorkers shows the subtle quality of its design as a public space. The Seagram Plaza was also unique in its role as a space for exhibiting art. The often experimental installations functioned as a barometer for understanding the interaction of the public with art, architecture, and the urban environment—both through occasional special events and the ordinary, everyday life of the place.

The hall case exhibition Seagram Plaza documents the plaza as a place for art for the public and a place for an open-air break from the life of the office and the city.