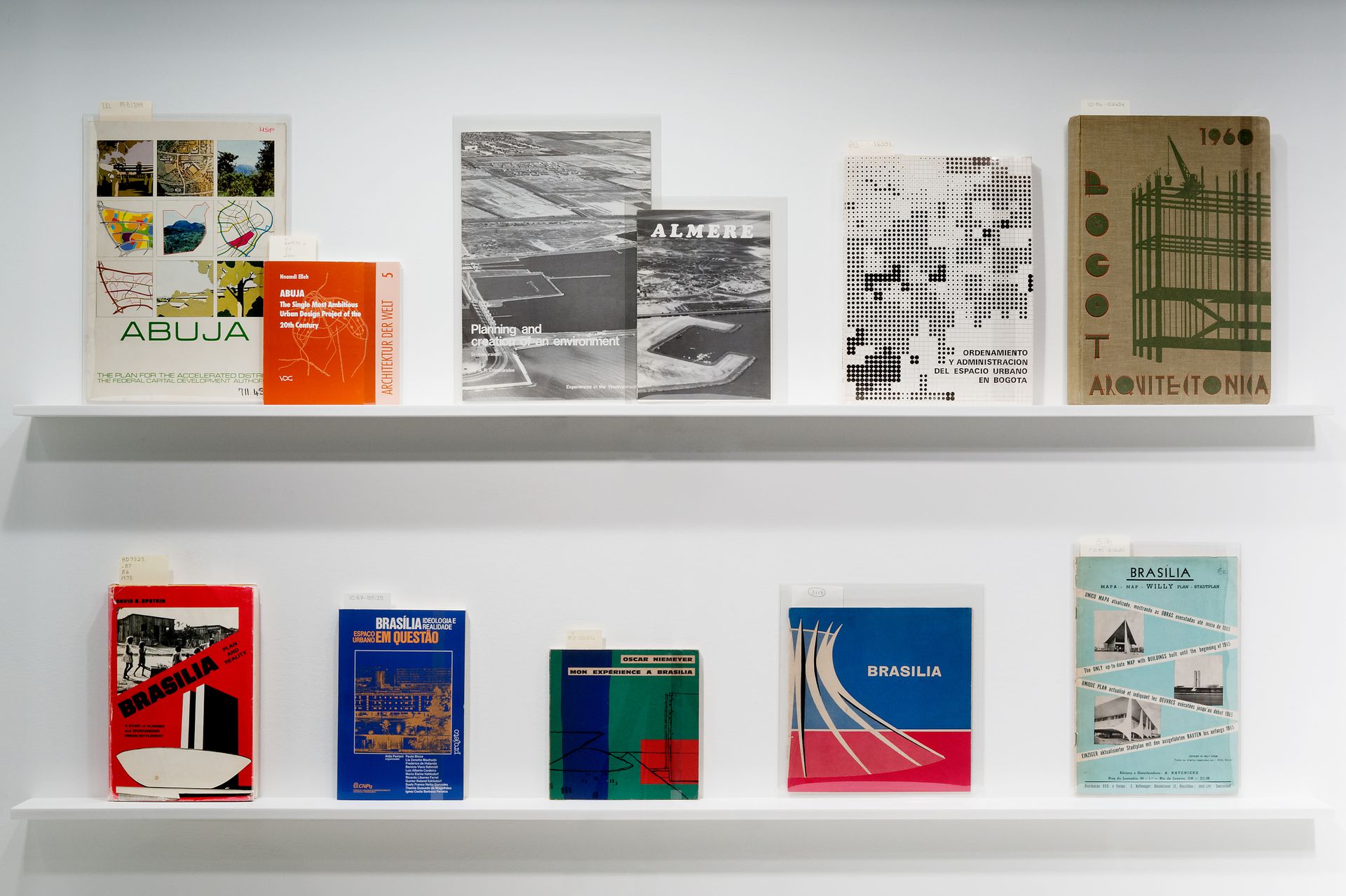 The pressing need to reconstruct cities after the Second World War and the sudden post-war rise in population led the public sector to assume an ever-increasing role in the design and construction of the urban environment. In different political contexts, large urban developments or the construction of entirely new towns were directed by municipal or state powers and became an integral part of policies, often influenced by strong ideologies.

The books, pamphlets, magazines, maps and publications presented in this small display represent an initial selection of primary sources one can find in the CCA library. These materials testify to the intensity of production of this period (1945—1989) and governments’ strong belief that the public sector should take an active role in the design of environments for their citizens.