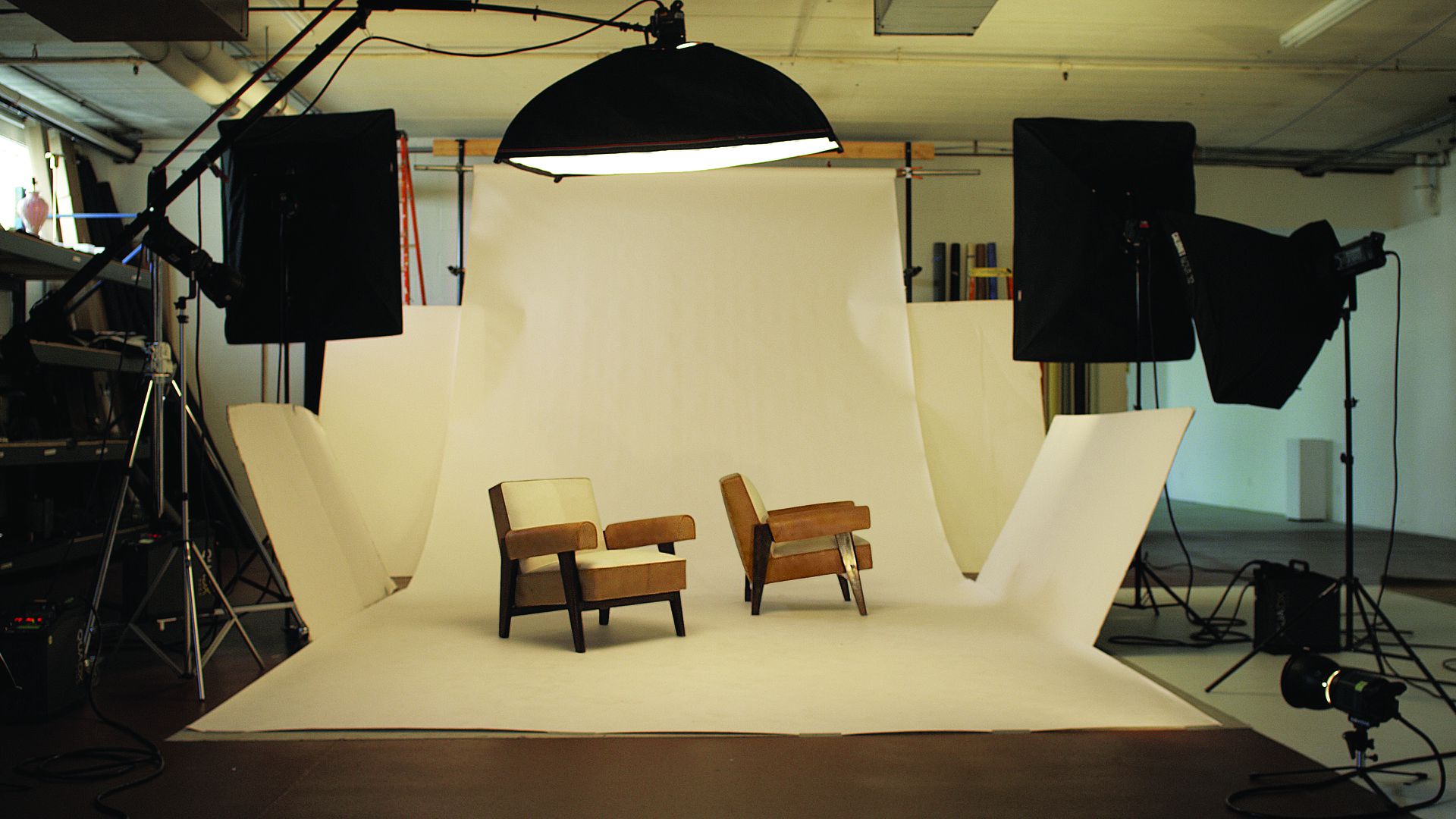 American artist Amie Siegel’s moving image work Provenance (2013) follows the global trade of furniture from Chandigarh in reverse: from the homes of collectors in Europe and North America to sale at auction, restoration, through overseas transport and finally back to India.

Originally designed by Le Corbusier and Pierre Jeanneret, the Chandigarh furniture now sells internationally at record prices. For 40 minutes without interviews, actors, or voice-over, the contemplative tracking shots and recurrent tableaux of the film take the silent furniture as protagonists. The resulting montage exposes layers of ownership that influence the fluctuating value of the furniture.

On 19 October 2013, Siegel auctioned Provenance at Christie’s in London. Lot 248, a second film, captures the auction of Provenance, repeating and completing the circuit of design and art that define speculative markets. This screening and artist’s talk is presented in conjunction with the exhibition How architects, experts, politicians, international agencies and citizens negotiate modern planning: Casablanca Chandigarh.

Ranging from photographs, video, film installations, and feature films for the cinema, Amie Siegel’s work has been exhibited in solo and group exhibitions at MoMA/PS1, the Hayward Gallery in London; Whitney Museum of American Art; the Walker Art Center, Kunstmuseum Stuttgart and Kunst-Werke, Berlin. Her films have screened at the Cannes Film Festival and the Berlin Film Festival. She has been a fellow of the DAAD Berliner-Künstlerprogramm, Guggenheim Foundation, and the recipient of a Sundance Institute Film Fund award.