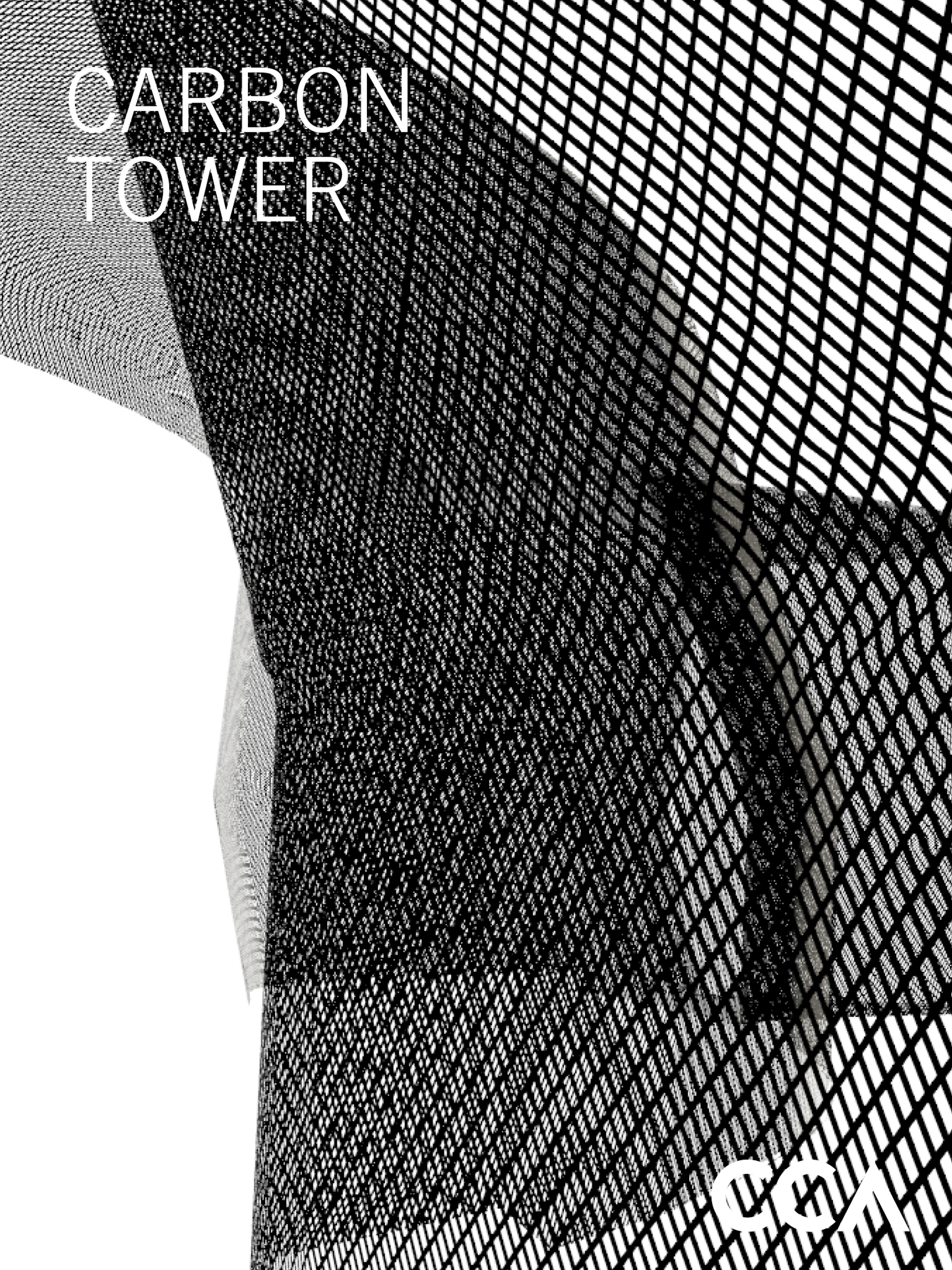 This publication presents Testa & Weiser’s Carbon Tower, a prototype for a forty-storey building made almost entirely of carbon fibre. The project exploits the affinities between two technologies that were rapidly advancing during the early 2000s: scripting and fibre-reinforced composite materials. Among its innovations was an early, highly complex 3D-printed model realized through a collaboration with 3D Systems.

The project’s point of departure was a script, Weaver, that “weaves” 3D-modelled structural tubes along vectors that intersect one another at repeating increments, generating different densities and patterns of lines according to variable parameters. Carbon Tower pairs this geometry with the formal and structural possibilities of laminated composites, materials commonly used by industries that require high-strength and lightweight integrated structures and shells, such as aerospace engineering, and Formula 1–car and racing-sailboat construction.

As part of a multiyear project that includes three exhibitions on twenty-five seminal projects, the CCA and Greg Lynn are publishing a series of digital publications recording conversations with key architects. The epubs are heavily illustrated with photos, drawings, renderings, videos, PDFs, and interactive 3D models.