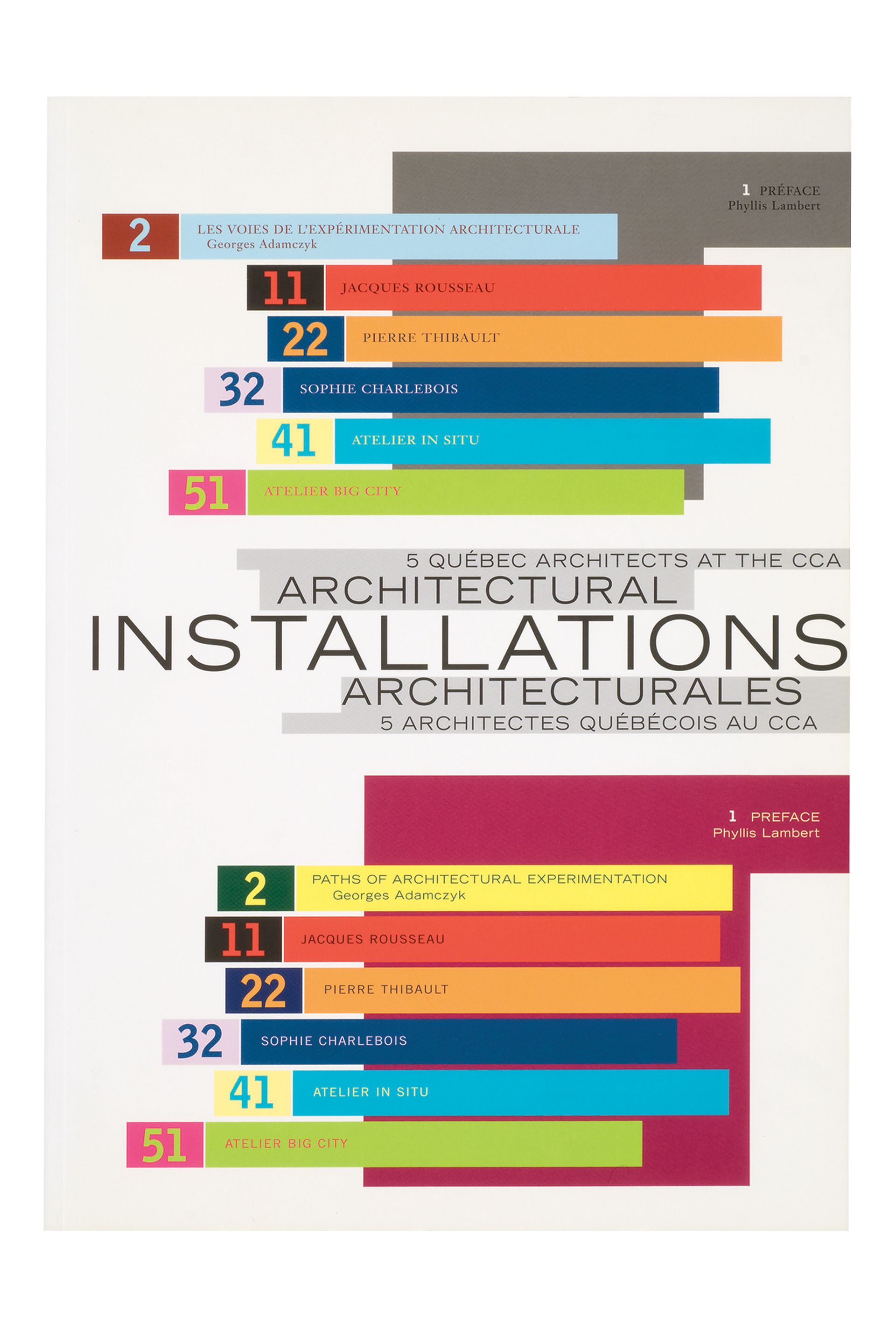 Produced in conjunction with Le Printemps du Québec en France, this publication offers a retrospective of positions adopted by the five Québec architects invited by the CCA and guest curator Randy Cohen to create installations presenting their work in the CCA’s Shaughnessy House between 1996 and 1998. Jacques Rousseau, Pierre Thibault, Sophie Charlebois, Atelier in situ (Annie Lebel and Stéphane Pratte), and Atelier Big City (Randy Cohen, Anne Cormier, and Howard Davies) conceived the installations, which exhibit the varied architectural concerns of five practices. This publication extends the voices of its authors, conveying their interests and how they are made manifest in the building process to a wider public.