Is the Problem... Still the Environment? 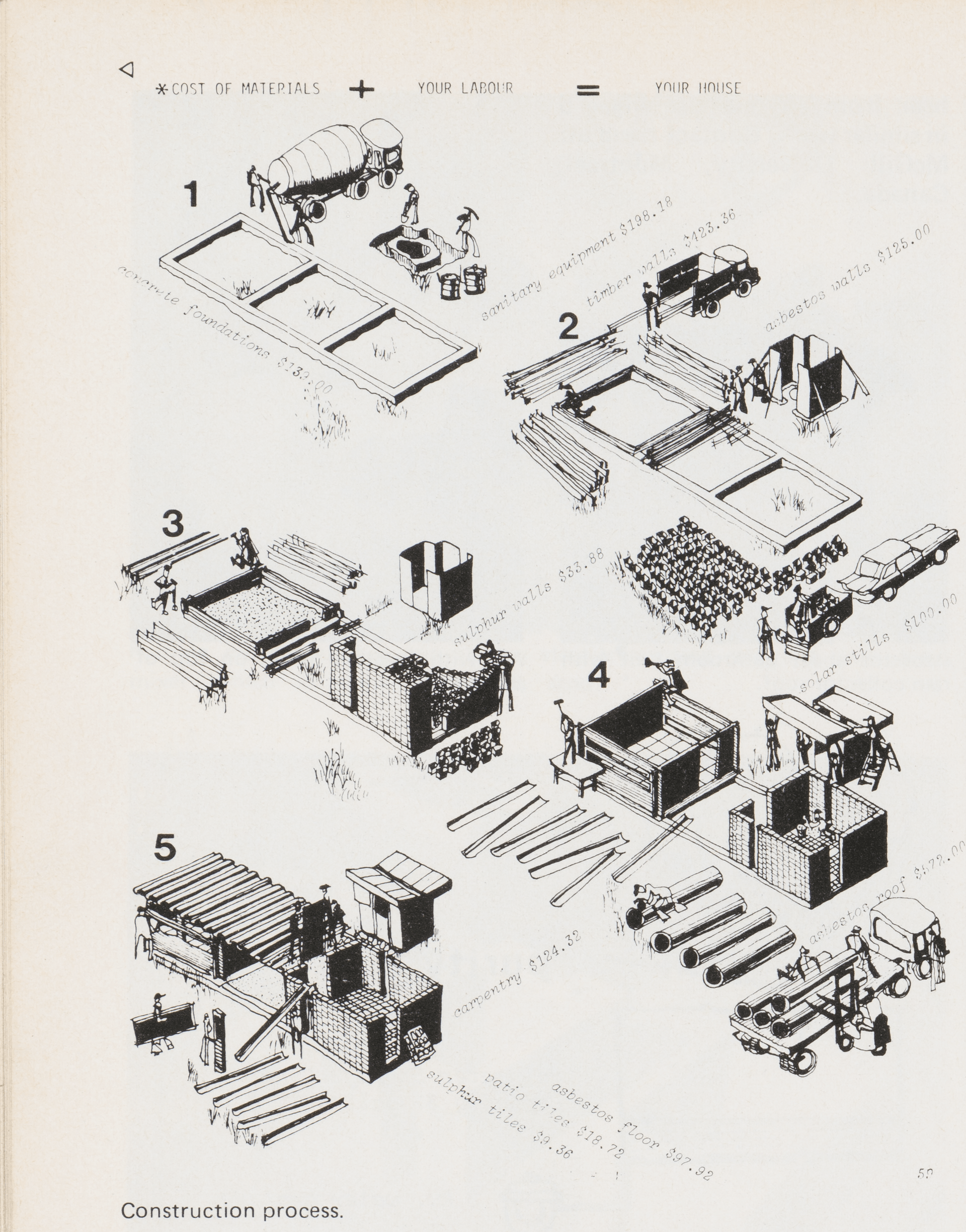 The Ecol House (1972) by the Minimum Cost Housing Group was a prototype for a sustainable low-cost house. This diagram was published in Architectural Design 43 (1973): 245.

The three recipients of this year’s Power Corporation of Canada Award, Lisa Chow (McGill University), Michèle Curtis (Carleton University), and Geneviève Depelteau (University of British Columbia), present the findings of their three-month research residency at the CCA, during which they studied the rise of an environmental consciousness in architecture and landscape architecture in the 1960s and 1970s. Through the lenses of alternative technology, First Nations architecture, and systems theory, they reviewed various architectural journals and magazines with regard to ecological debates and projects, and entered into the archives of McGill’s Minimum Cost Housing Group, which include the renowned Ecol Operation and “The Problem Is…” series. They also studied individual architects’ projects and writings. A counterculture-inspired, “little magazine”–style publication, which they produced during their residency, will be released at the presentation.