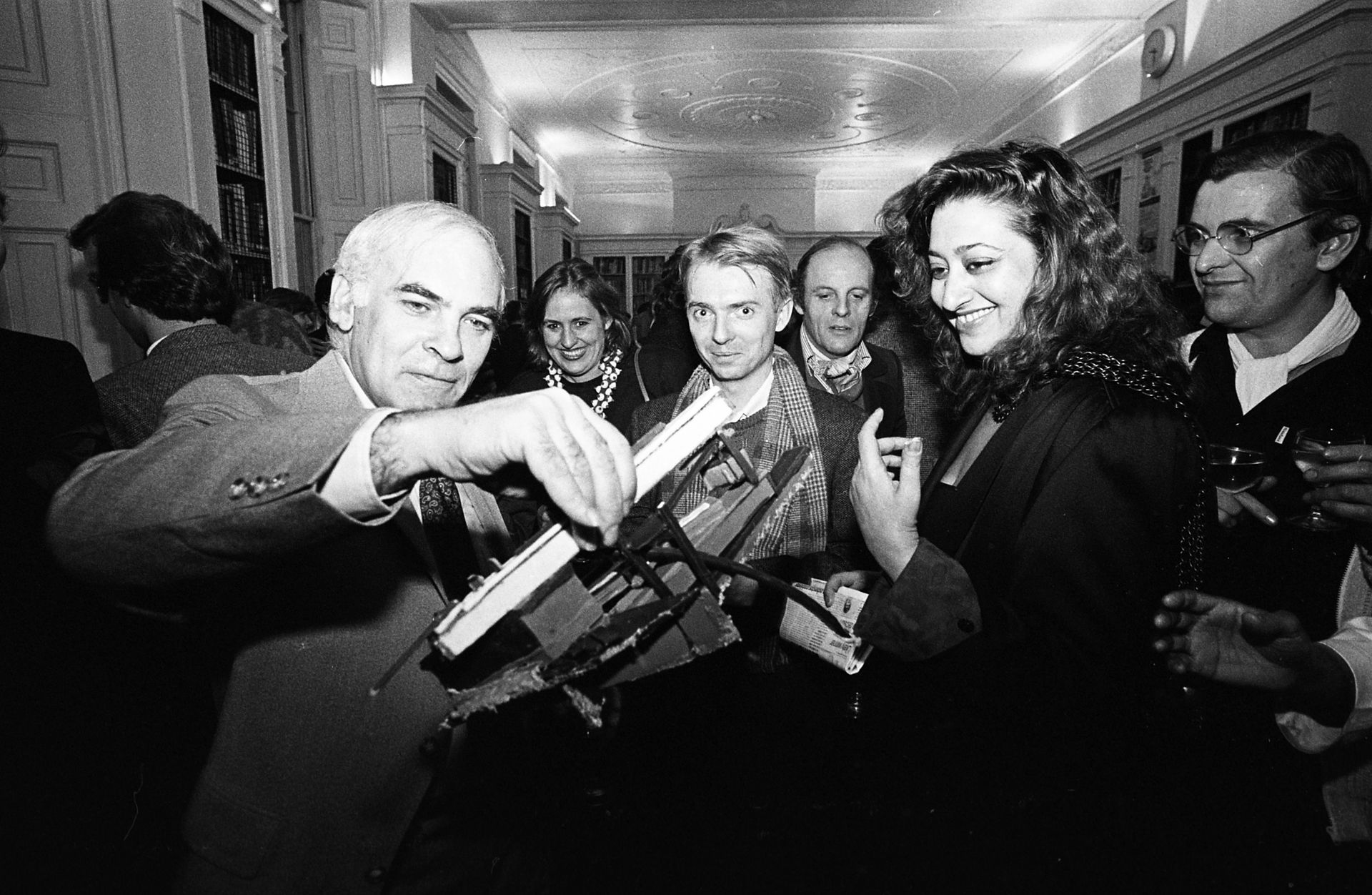 Alvin Boyarsky and Zaha Hadid at the Architectural Association, during a celebration for Zaha Hadid’s Peak Leisure Club project, 1983

During the 1970s and 1980s, the Architectural Association (AA) in London tested a “marketplace” model of architectural education that supported an array of theoretical investigations. Exploring issues including politics, phenomenology, semiotics, sustainability, literature, and third-world housing, the school became a nexus of architectural experimentation. This talk offers an aerial view of a research project that traces the AA’s pedagogical transformation during this period, and its reinvention of the institutional typology of the school of architecture from a localized site of professional training to a global platform for emerging architectural practices and research. Particular emphasis is placed on the pivotal role of AA Chairman Alvin Boyarsky, a seminal though understudied protagonist in the history of architectural postmodernism.

Irene Sunwoo is Director of Exhibitions at Columbia GSAPP, where she is also Curator of the Arthur Ross Architecture Gallery. Recent exhibitions include Stagecraft: Models and Photos and Liam Young: New Romance. She was Associate Curator of the inaugural Chicago Architecture Biennial, and has taught at Parsons, Bard College, and Oberlin College. Her book In Progress: IID Summer Sessions was recently published by AA Publications. She holds a PhD from Princeton University.

Irene Sunwoo was a Visiting Scholar at the CCA in 2017.