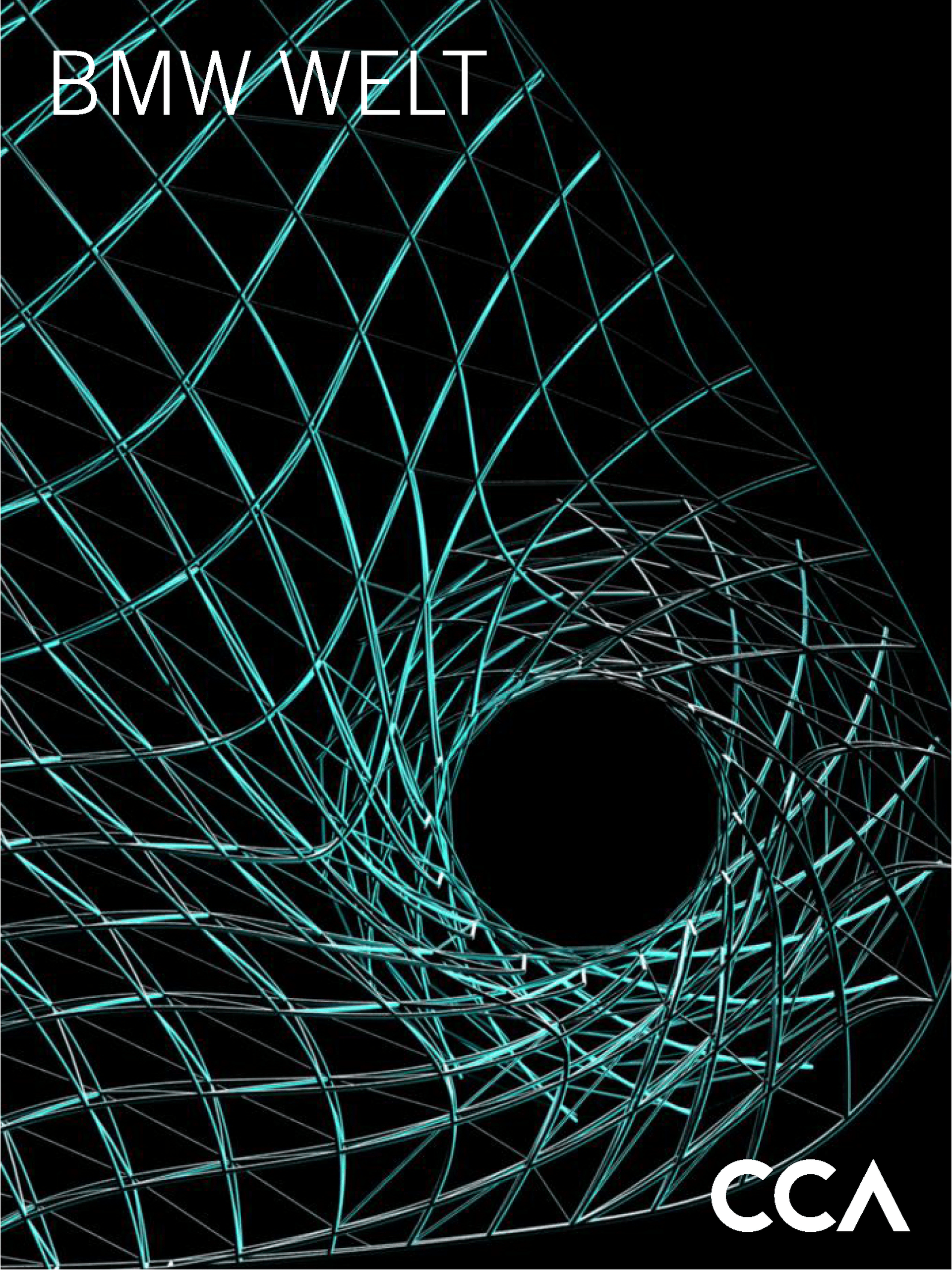 In this publication, Greg Lynn and Wolf Prix discuss Coop Himmelb(l)au’s BMW Welt, a corporate-event and car-delivery centre whose iconic form was realized with sophisticated structural analysis and visualization software. The project is located on the BMW campus in Munich, near the Olympic Park; among other corporate functions, it offers the opportunity for new BMW owners to learn more about their cars before driving them away from within the building itself.

The design extends Prix’s interest in a cloud-like architecture without ties to the ground. Anchored in one corner by a twisting “double cone” made of nearly nine hundred unique steel parts, the building’s wavy, thickened roof covers an open interior the size of the Piazza San Marco in Venice. Eleven steel columns as well as three smaller boxy volumes, one of which contains a theatre, provide structural support. Coop Himmelb(l)au arrived at the final shapes of the roof and the cone through extensive digital modelling of external and building forces carried out with the engineers Bollinger + Grohmann.

Beyond resolving structural issues, digital tools facilitated the form and reception of the project. Although the building’s easily recognizable profile originated in a sketch by Prix, design proceeded through an iterative loop where models would be shaped by hand, scanned three-dimensionally, adjusted in 3D software, and tested again by hand. To convince BMW, Prix also relied on rendering techniques that blended digital and analog, such as deploying digital projections within a physical model (as was the case for a six-metre-long model filmed by the Los Angeles–based creative services studio Imaginary Forces).

As part of the multi-year research, acquisition, and exhibition project Archaeology of the Digital, the CCA launched a digital publication series in 2014 consisting of small monographs of each of the twenty-five projects chosen by curator Greg Lynn for their contributions to the foundations of digital architecture. The ePubs are illustrated with photos, drawings, renderings, videos, PDFs, and interactive 3D models from the digital collection of the CCA. The series was published with the generous support of the Graham Foundation for Advanced Studies in the Fine Arts.