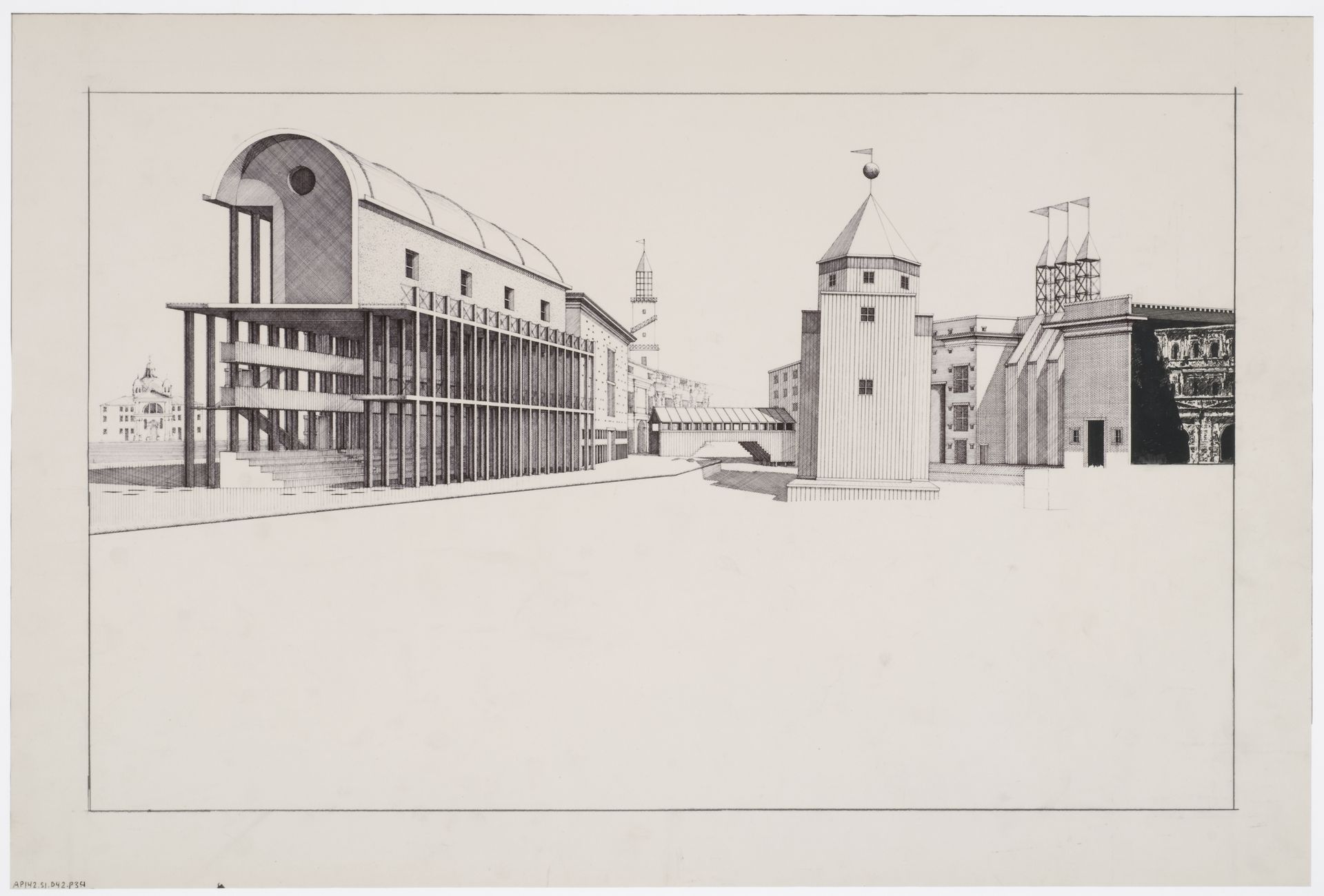 The Città analoga has become again a legend. After being the title of a large painting exhibited at the 1973 Milan Triennial then being the provocative manifesto of a composite panel exhibited at the 1976 Venice Biennale, the Città analoga became the emblematic name of a series of drawings exhibited in New York in 1979. Since the publication of Rossi’s quaderni azzuri in 1999, we now know that this enigmatic expression was hiding a large scope of intuitions, and intentions, at the centre of which the project of an ambitious architectural treatise was germinating. Its table of contents went through various mutations from 1969 to 1981, when it was definitely “abandoned”. The metamorphoses of this book are linked to the difficulties of a research on analogy, which drove Aldo Rossi from an essay on the principles of architectonic composition, to the poetic silence of a mystical understanding of analogy, through a Jungian – and quite hazardous – redefinition of analogical imagination. The critical mapping out of this clearly visible, but literally “unreadable”, Città analoga reveals itself as a judicious material entry point for the study of the architectural intellectual scene in the mid-seventies. Contradictory theories, be they the criticism of the Tendenza or the ambitions of design methodologies, all point back to similar questions which are concerned with the role of memory, the obscure box of “methods” and the pedagogy of architectural design. Today, going beyond cultural debates and polemics between schools of thought, we need to produce a more global picture of the diversity of theories of design, as well as their underlying theories of imagination, in order to reach a better understanding of how and why the notion of architectural imagination is understood, alternately, as a “black box” and a “scientific” object, or even, at times, as an anthropological wager.

Jean-Pierre Chupin was a Visiting Scholar at the CCA in 2004.