Architecture as testimony and metaphor in 17th-century sacred history writing 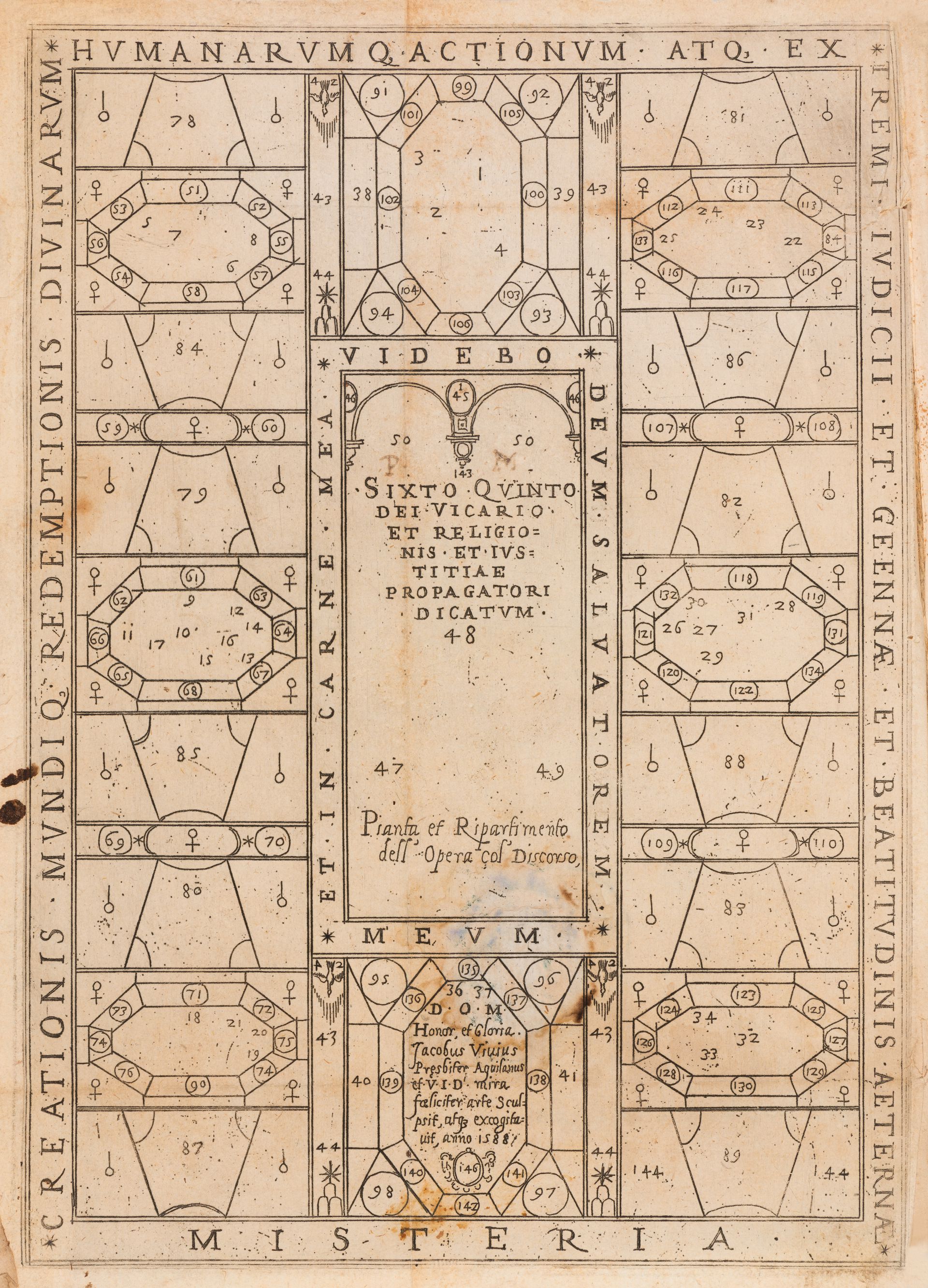 Visiting Scholar Maarten Delbeke presents his research, investigating the role of sacred history writing in the conceptualization of architecture in mid-17th-century Rome.

This presentation examines how views on the rhetorical merits of certain spatial models interact with the conception of church history writing that emerges in early 17th-century Rome. Focus is provided by a discussion of the gallery, a typology that applies as much to certain kinds of texts as to specific spaces of display. An examination of the rhetorical underpinnings of the gallery is be followed by a brief discussion of the new ideals of ecclesiastical history. The work of the church historian Michelangelo Lualdi is presented as a failed attempt to put the spatial model of the gallery into the service of this new historiography. While Lualdi’s failure is indicative of the persistent tension between coherent spatial arrangement and historical narrative, it points towards other, less ambitious strategies to inscribe sacred history into urban space, either by means of text or through architectural interventions.

Maarten Delbeke received his Doctorate in the theory and history of architecture from Ghent University in Belgium, with a dissertation on the writings of the Jesuit Sforza Pallavicino and his relation to the work and persona of Gianlorenzo Bernini. He continued his research on theories of the visual arts in 17th-century Rome as the Scott Opler Research Fellow in architectural history at Worcester College, Oxford. He is based in the Department of Architecture and Urban Planning at Ghent University, conducting research as a post-doctoral fellow supported by the Fund for Scientific Research, Flanders. He also publishes on contemporary architecture and urbanism, and its relation to literature and the visual arts.

Marten Delbeke was a Visiting Scholar at the CCA in 2004.