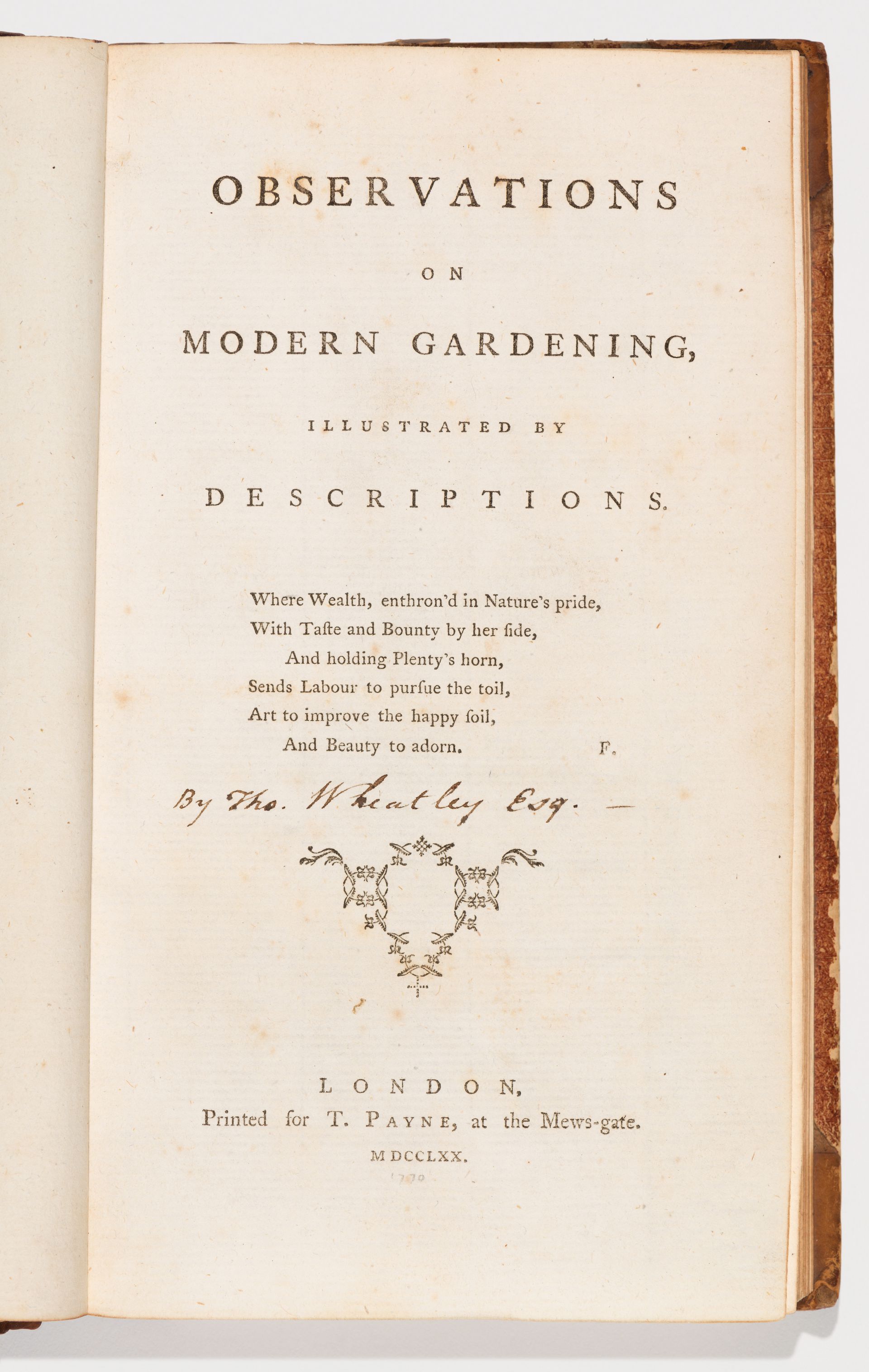 Katja Grillner presents her current research on the uses of literary descriptions in the theoretical writings on the landscape garden of the 1770s.

With the publication of Thomas Whately’s Observations on Modern Gardening in 1770 the theoretical debate concerning the landscape garden, its effects and its design, entered a new mode. A series of publications were brought out in England and were quickly responded to in France. All of them invented (or appropriated) in effect their own particular mode of writing the landscape garden and its design theory, while sharing a concern with design practice, which distinguished them from the rest of the fast growing body of picturesque landscape observations and poetry. Whately’s treatise is illustrated by verbal descriptions only – a conscious choice and a carefully devised didactic strategy. This strategy may be traced, to varying degrees, in the other publications. Through selected examples the paper seeks to show how, by offering readers striking imaginary tours and settings, landscape description in these works functions to provide virtual landscapes in which the aesthetic judgement of prospective designers, clients and enthusiastic garden visitors may be effectively trained. This study forms part of a larger book project that explores the emergence of the landscape designer in the eighteenth century and the theoretical discourse that accompanied and sustained this process – the formation of landscape as a radically new, modern field of aesthetic action.

Katja Grillner is an architect, scholar and critic. She holds a Ph.D. from The Royal Institute of Technology (KTH) School of Architecture in Stockholm, and an M.Arch from the Theory and History of Architecture program at McGill University in Montreal, Canada. She is a senior lecturer at KTH, the director of AKAD, and a member of the board at the Architecture Museum in Stockholm. She publishes essays and criticism for a number of magazines and journals in Sweden. Katja Grillner is currently engaged in a collaborative research project with Tim Anstey and Rolf Hughes examining the construction of designer-figures in architectural history. During the autumn of 2003 she has been a visiting scholar at Columbia University and at the University of Pennsylvania.

Katja Grillner was a Visiting Scholar at the CCA in 2004.