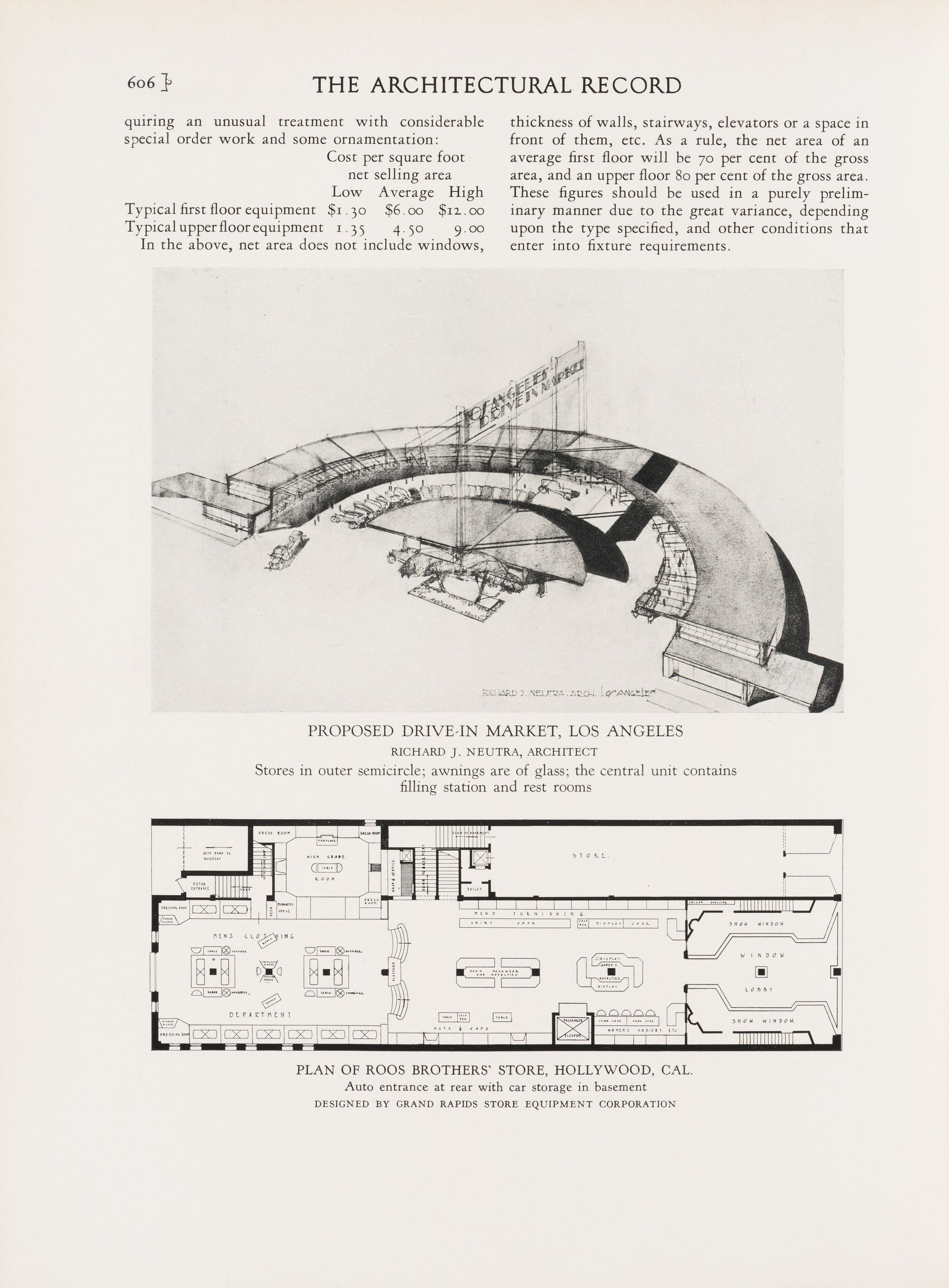 Visiting Scholar David Smiley demonstrates how large and small retailing projects in mid-century America played a key role in the shaping of a normative modern architecture. He examines two episodes in the design culture of stores in the late 1940s: a comparison of two storefront manufacturer catalogues and an examination of site planning strategies for several early shopping centres. In both cases, most evident is how architects framed the store and shopping centre as vehicles for learning, interpreting and applying the tenets of a modernism that was still in flux.

Modern Architecture is intrinsically tied to consumption. Ever since Walter Benjamin described the arcades and department stores of Paris as tendentious machines for the creation of modern subjectivity, debates about mass culture, commodification and the seductive role of goods have been at the center of modernity. However, in architectural culture, any relationship with the consumption of goods was repressed in favor of images of their production. Factories, housing and the city itself were represented in modernist architecture as civic, progressive – even masculine – machines that could not include the wiles of shopping. Representations of consumption were colored by a Webberian-Veblenian asceticism, and shopping was framed as weak, feminized and socially debilitating – if economically necessary. Thus, especially in the United States, the treatment of store design in architecture magazines of the 1930s and 40s stressed rationality, functionality and spatial openness – among the hallmarks of architectural modernity – rather than the necessary if regrettable seductions of merchandizing. CIAM émigré Knud Lonberg-Holm wrote in 1931 that the “retail store is an outlet unit for distribution of commodities,” confirming that only in these terms could shopping be accepted as part of the modern project. And these are precisely the terms in which store – and later, shopping center – architects in the U.S. sought to portray their work. Along the way, there was considerable latitude about what constituted modernist principles and it was this interpretive space that enabled modernist architecture to enter mainstream practice.

David Smiley was a Visiting Scholar at the CCA in 2008.