Architecture and the Scene of Evidence 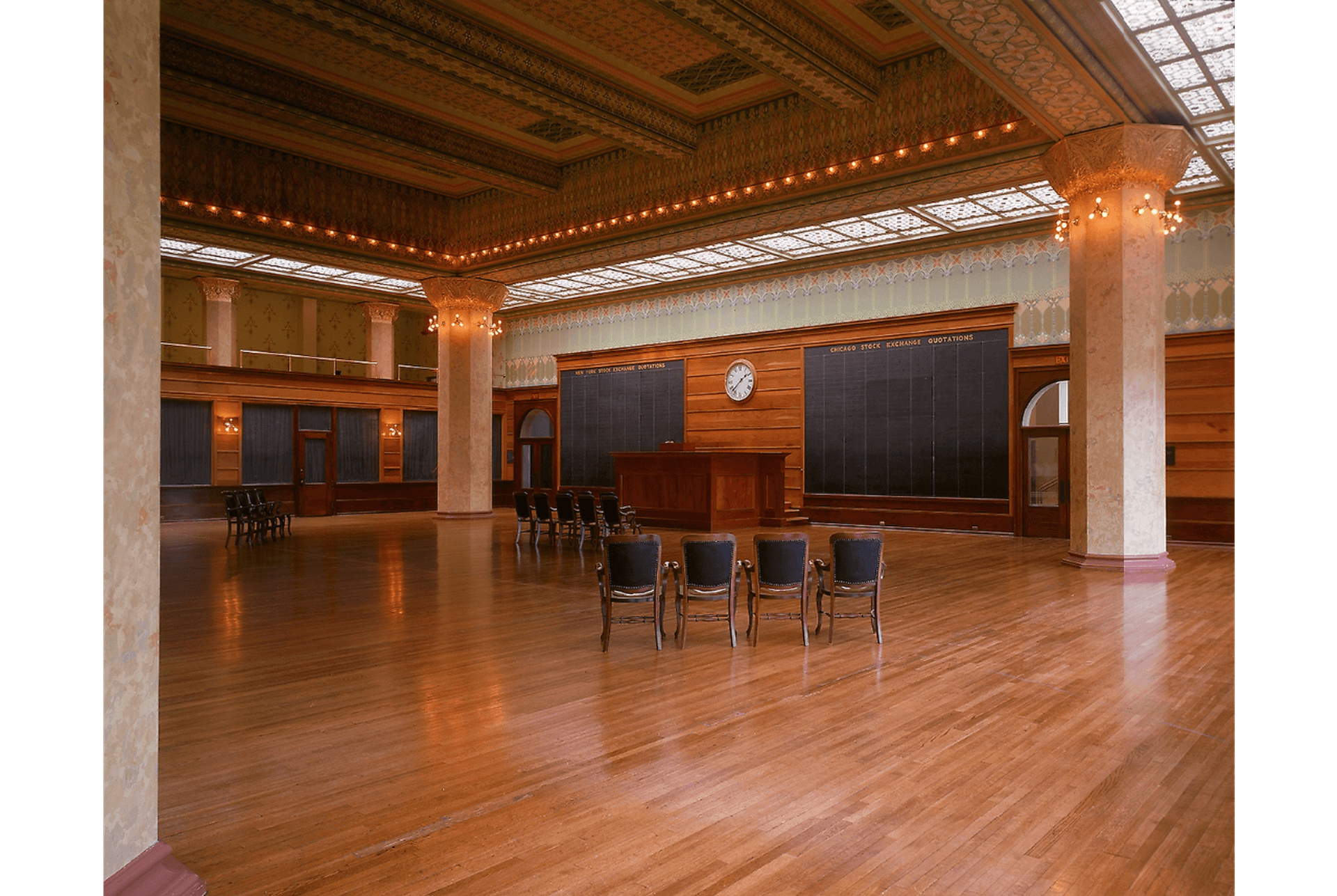 My presentation at the CCA will be an extension on Louis Sullivan’s Stock Exchange Building and the transfer of the Trading Room to the Art Institute of Chicago in 1977. My earlier work on the Stock Exchange discussed the coincidence of three events in 1863: Sullivan’s building; the formation of the Chicago Stock Exchange, which occupied the Trading Room in Sullivan’s building; and the construction in Chicago of the world’s most innovative assembly-line system for the processing of animals into meat. Further work on this building/room has revealed a number of fascinating issues having to do with the literal and symbolic transfer of the Trading Room to the Art Institute of Chicago. The reconstructed Trading Room is, simultaneously, a recovered ruin, a simulacra of an original room that, in effect, appeared as we now see it for only thirteen of the hundred years of the building’s life, a piece of real property, a kind of chattel, one of the primary sites of evidence for understanding Louis Sullivan’s theory of ornament, and, most importantly of all, a “gift.” While this room is quite unique compared to most property and gift transfers in architecture, it is a case study that seems to reveal an intriguing and complex set of problems surrounding architectural transfers.

Catherine Ingraham has published three books, Restructuring Architectural Theory (co-edited with Marco Diani, Northwestern University Press 1991), Architecture and the Burdens of Linearity (Yale University Press, 1998), and Architecture, Animal, Human: The Asymmetrical Condition (Routledge Press, 2006), as well as numerous articles and essays in diverse publications. She was an editor of the critical theory journal Assemblage from 1991-1998. Ingraham is currently a tenured professor in the School of Architecture at Pratt Institute, New York, where she was Chair of the Graduate Architecture department from 1998-2005. She has also taught as a full-time or visiting professor at the University of Illinois, Columbia University, Iowa State University, Harvard University, and Southern California Institute of Architecture. Ingraham earned her Ph.D. at Johns Hopkins University in 1986.

Catherine Ingraham was Visiting Scholar at the CCA in 2006.