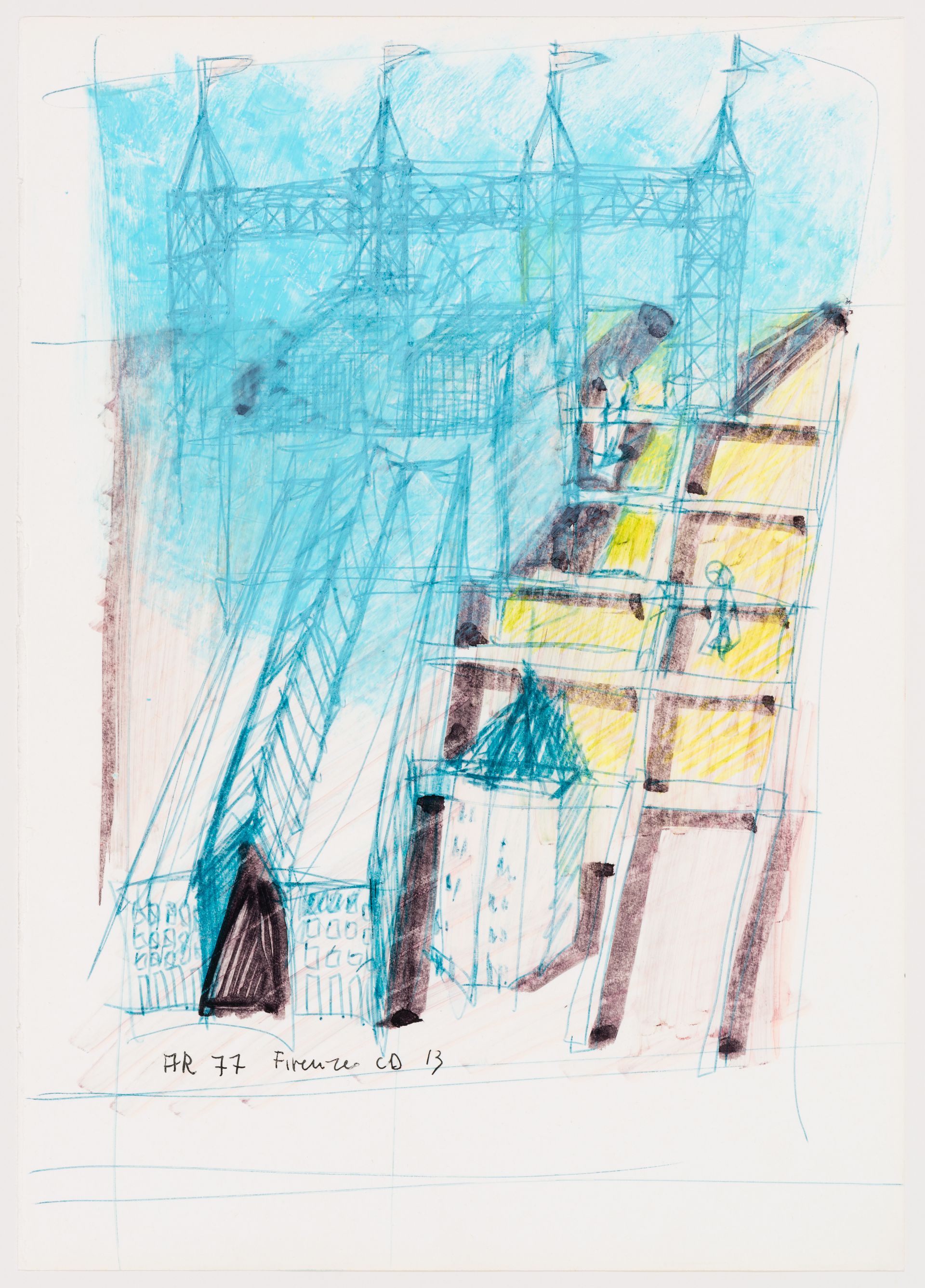 Aldo Rossi. Perspective Sketch for Centro Direzionale, Florence, with sketches of statues of David and of the Virgin and Child. 1977. DR1987:0160

This seminar traces the intersections between post-war Italian architecture and a cultural context underpinned by an aesthetic of reality. In post-war Italy, realism corresponded to an ideological tendency emerging in disciplines as diverse as cinema, literature, the visual arts and architecture, that the imperative to give a social and political aesthetic practices combined. The terms for the conceptualization of realism, as a cultural phenomenon, went hand in hand with the changing socio-economic conditions in a country that was rapidly moving from reconstruction to the economic boom of the 1950s to the political crises of the 1960s and 1970s. This study, considering realism as an aesthetic at once opposed to modernism and having inherited the evolution of modernism as it evolves in post-war Italy, aims to theorize the claims of architectural realism to reform modernism in the decades following the war.

Mary Lou Lobsinger teaches history, theory and project at the University of Toronto’s Faculty of Architecture, Landscape and Design. She holds a Bachelor of Arts from the University of Guelph, a Bachelor of Architecture from the University of Waterloo, a Master of Design in History and Theory of Architecture from Harvard School of Design and a Ph.D. in History and Theory of Architecture from Harvard University. She is currently completing a manuscript entitled The Realist Impulse: Aldo Rossi and Postwar Italian Architectural Discourse. She has published articles in Grey Room, Daidalos, Journal of Architecture Education, Thresholds and Italian Cityscapes. Culture and Urban Change (Exeter, 2004), Anxious Modernism. Experimentation in Postwar Architectural Culture (CCA-MIT, 2000), and Architettura spazio scritto (UTET, 2001). Essays are to be published in the Proceedings of the 2005 Docomomo Conference: Import-Export: Postwar Modernism in an Expanding World, 1945-1975 and at l’Institut de Recherche en Histoire de l’Architecture de 2004 on architectural journals in the 1960s and 1970s. Mary Lou has received research grants from The Graham Foundation, The Social Sciences and Humanities Research Council, Harvard University, The Ontario Design Council, and The Canada Council.

Mary Louise Lobsinger was a Visiting Scholar at the CCA in 2006.