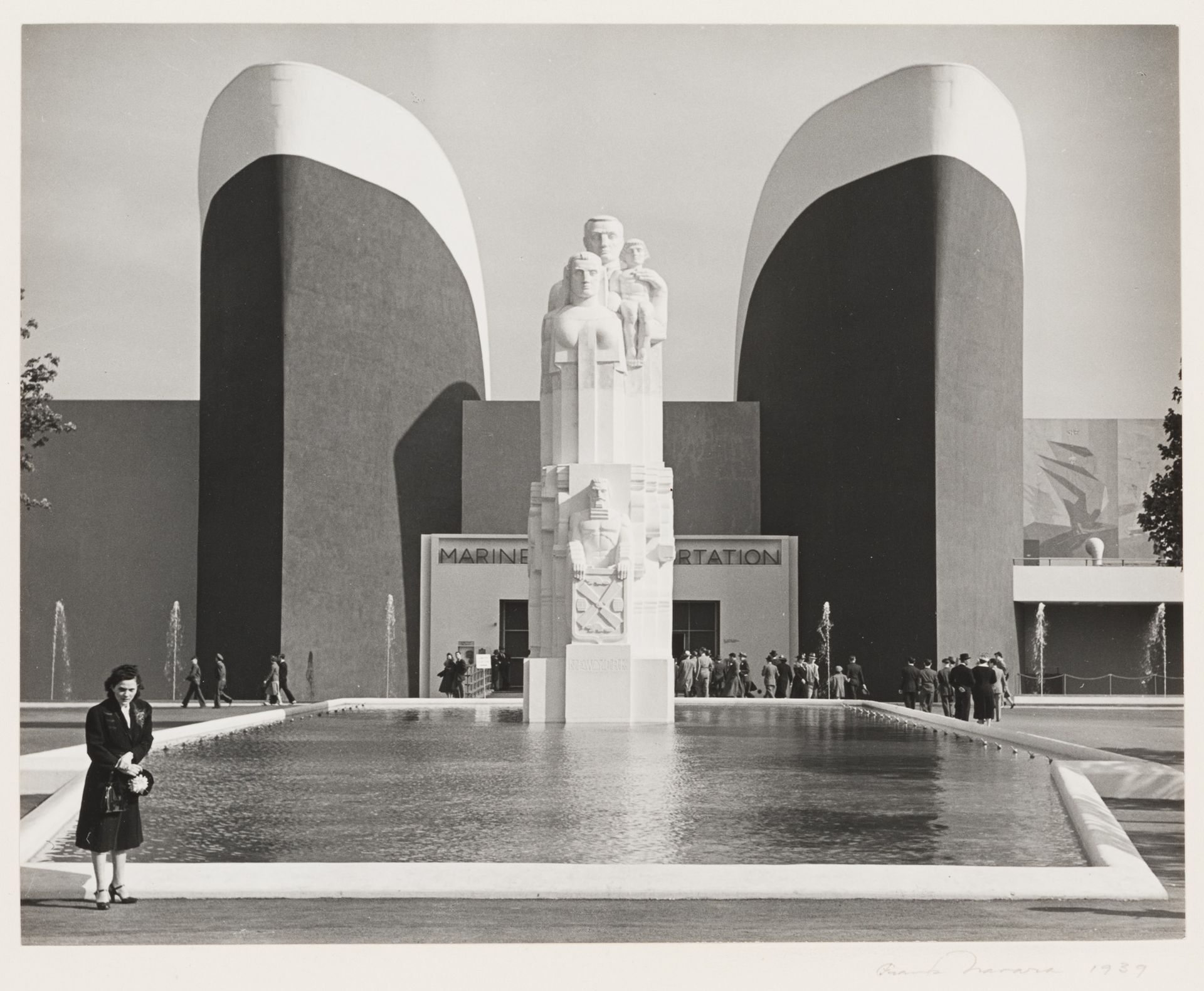 William Muschenheim (1902-1990) is an important yet relatively unknown link between early European modernism and its development in the United States. His life and work illuminate some of the most significant impulses and debates that framed the development of architecture in the United States between 1925 and the early post-war years. His oeuvre consists of over 190 projects, many of which are unparalleled examples of the quest to find an appropriate architecture for America’s technological, material, and social context. He pioneered the modern use of color as an architectural medium, designed some of the earliest tubular steel furniture in the United States, and developed a unique hybrid architecture blending European modernity with American vernacular materials and construction technologies. His interest in embracing new technologies led to the co-founding of the short-lived journal PLUS (1938-39), which promoted the unity of art and science with contributions by and on Calder, Neutra, Ozenfant, Lescaze and others. When Muschenheim moved from New York to the mid-west in 1950 he studied the architectural implications of prefabrication and produced projects that explored the co-existence of the idiosyncratic and intuitive with the standardized and mass produced: His own house in Ann Arbor (1952-1990) arguably ranks among the best examples of American mid-century architecture’s struggle with industrialized construction.

In addition to introducing the work of this architect, the seminar demonstrates a web-based digital archive that was developed to unite the Muschenheim archives, which are currently divided between the Avery Drawing Center and the Bentley Historical Library.

Kent Kleinman is a registered architect in California and professor in the Department of Architecture at the University at Buffalo, where he was chairperson from 1999-2004. His publications include Villa Müller: A Work of Adolf Loos, Rudolf Arnheim: Revealing Vision, and Haus Lange and Haus Esters: The Krefeld Villas of Mies van der Rohe (forthcoming), as well as articles and reviews in publications including Bauwelt, A+U, Progressive Architecture, Bauart, Archis and the Architect’s Journal. He has taught at architecture schools internationally including the Academy of Fine Arts in Vienna, the Hochschule der Kunst in Berlin, the Royal Academy in Copenhagen, and the ETH in Zürich. In 2002 he was a Senior Public Goods Fellow (Mellon Foundation) at the University of Michigan.

Kent Kleinman was a Visiting Scholar at the CCA in 2005.