The Architectural Work of Giuseppe Barberi through His Drawings: The Projects outside Rome 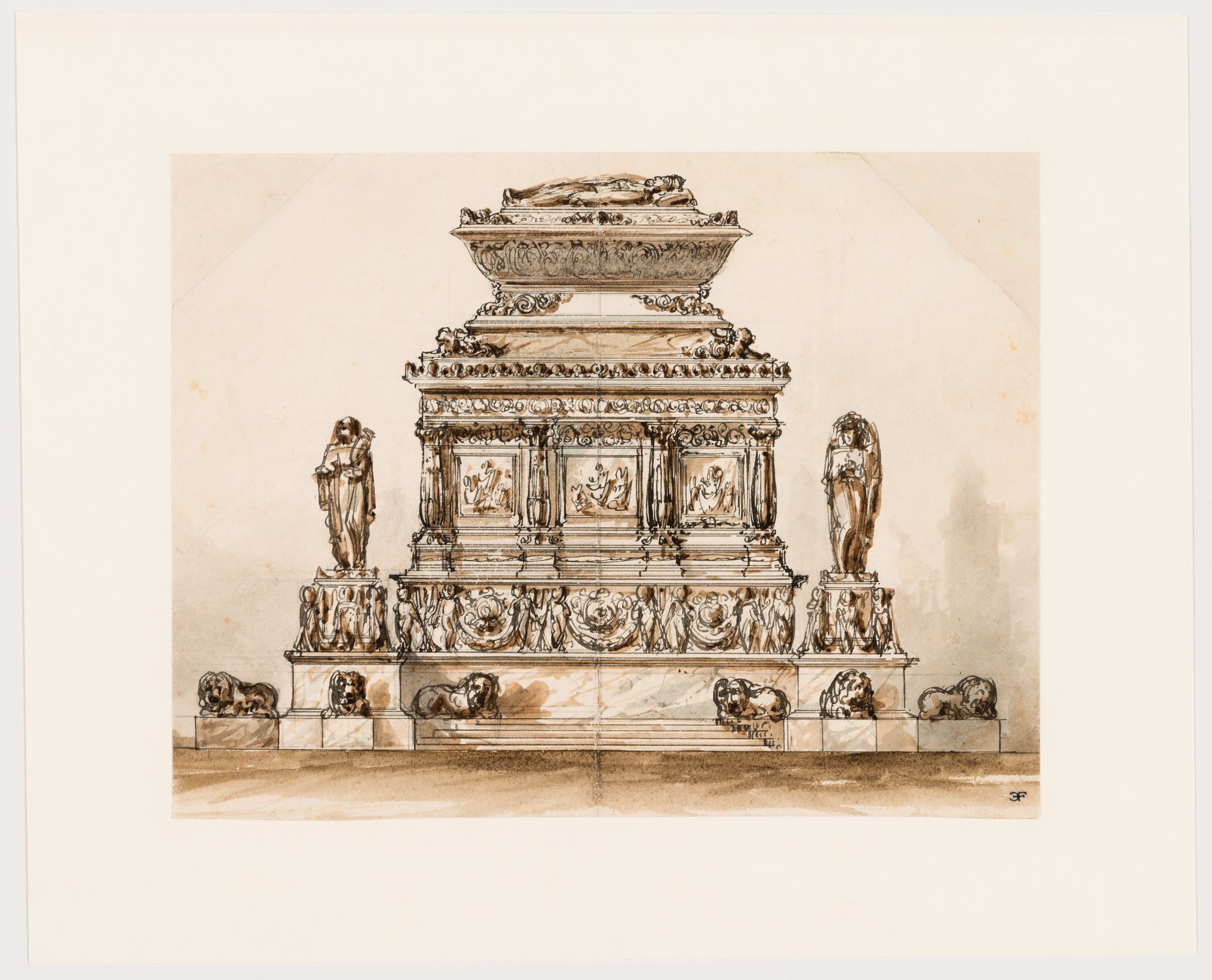 At the end of the 18th century, drawing became the principal instrument for defining an architect’s identity, becoming almost a metaphor for autonomy. Drawing emerged as the main, if not the only, chance for architects to communicate their knowledge and experience, as well as to persuade collectors and publishers, public clients and private patrons, regardless of geographic distance, language, habit or taste. Barberi belonged to a generation caught in the passage between two different ages. Formally, his drawings were not Baroque, even in the most conventional sense; some of his vaguely Baroque fantasies can be regarded as traces of a surviving world. Barberi’s lifetime coincided with the almost twenty year period between the death of Piranesi and the establishment of the Calcographie. Through his eyes, as seen through his existing drawings, it is possible to follow the transformation of an entire architectural culture, and of its geographical movement from Italy to France. Perhaps, like Piranesi’s etchings, Barberi’s drawings could be regarded as an archaeological project aimed at reviewing the past (any past), understanding the present (a difficult present), and finally focusing on the future (an obscure future). Both architects’ experiences could be seen to mirror the corruptibility of architectural repertoires and models, rules and behaviors, either ancient or modern. In many of his invenzioni, Barberi reveals a skeptical and sometimes dramatic perception of the end of an age.

Sergio Pce was trained as an architect at the Università degli Studi di Roma “La Sapienza” in 1991with a thesis on “Giuseppe Barberi: A Roman Architect between the Baroque and the Enlightenment (1746-1809).” He received a PhD from the Politecnico di Torino, turning his attention to : The Moneybox: Geography, Topography and Rethorics in Italian Bank Buildings between the 19th and 20th Century. It focused on the relationship between financial élites and different professional milieux: architects, engineers, craftsmen and decorators, forthcoming by Franco Angeli (Milan). He has been teaching the History of Architecture at the Politecnico di Torino since 1995. His two areas of research have produced lectures and articles on 19th and 20th century architecture, for example, on the INA-Casa plan (1948-49) or on the Fiat-Mirafiori plant in Turin, as well as on late 18th century subjects, primarily the work of Giuseppe Barberi, published in the journal Studi sul Settecente Romano in 1997 and Il Disegno di Architettura in 1998. His work at the CCA continues his work on the latter, with a focus on Giuseppe Barberi’s drawings and works outside Rome.