From Avant-garde to Mainstream: Modern Architecture after 1945 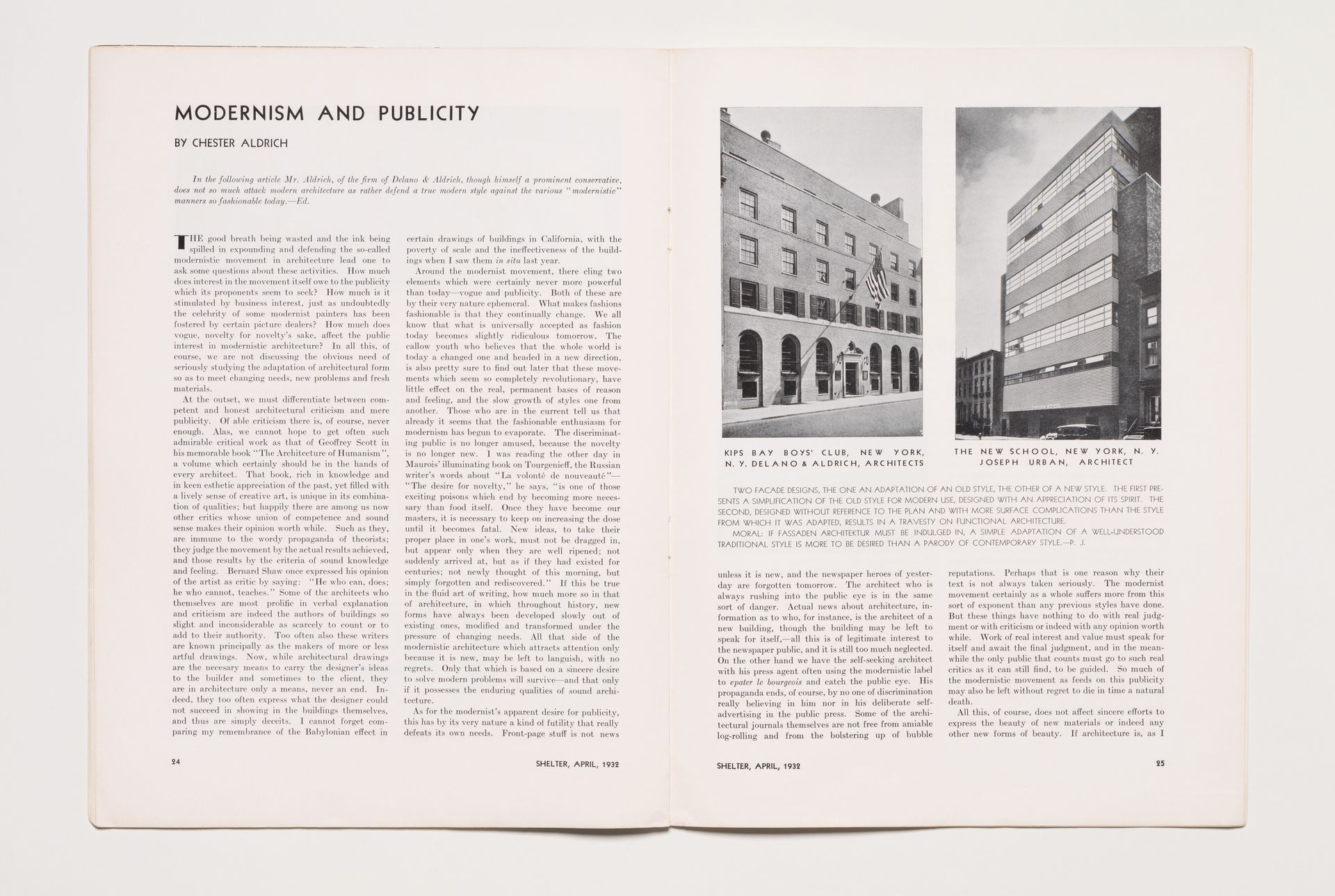 I present the rebirth of the avantgardistic modern style as a conventional architecture of worldwide recognition after World War II. This style integrated several other stylistic approaches of modernity— under pressure from the emergency policies initiated in the thirties and the war economy of the early forties—in order to produce a sober and pragmatic formal language applicable to all kinds of commissions, so long as they didn’t require a monumental expression. Not subject to the political ruptures that affected Central Europe in this period, North America followed a path shaped by different architectural traditions and socio-economic constraints. The architectural history of this period needs a careful revision on both sides of the Atlantic. In Europe, one has to repudiate the fairy tale of a modern architecture forced upon American exiles which then triumphantly returned to Europe after its grand victory against the reactionary American Beaux-Arts tradition. In America, one must overcome the myth of the Sullivan-Wright tradition which supposedly sprang from the soil of America in opposition to decadent European traditions. Nevertheless, both America and Europe found their way towards a conventional modernity in the fifties. On both continents, the new architecture resulted from a merger, accelerated by the war economy, between stylistic tendencies once polemically opposed to each other. In America, modern Beaux-Arts architecture, regionalist vernacular architectures, and pragmatic responses to the New Deal were the decisive forces, as opposed to the marginal impact of European emigrees, despite their recognition in the work of so many scholars.

Hartmut Frank is professor in the Department of Architecture at the Hochschule für Bildende Künste, where he has been teaching since 1975. He studied architecture at the Teschnische Universität Berlin from 1963 to 1969, where he attended the lectures and studios of Julius Posener and Oswald Mathias Ungers. He has lectured and published extensively on the history of architecture and urban planning, and contributed regularly to such journals as Abitare, Archithèse, Bauwelt, Casabella, Domus, Faces, Lotus, Rassegna and was a member of the editorial board of Lotus International, and is now associate editor of Planning Perspectives. In 1984, he initiated the founding of the “Architectural Archives of Hamburg” and became a member of the archive’s scientific committee and co-editor of its publication series. His recent research has focused on issues related to 20th century German architecture and urbanism, and especially on the relationship between architecture and politics, on continuity and discontinuity, and on the phenomena of modernism and traditionalism in German design culture.