Continental Baroque and the Emergence of Palladianism in England 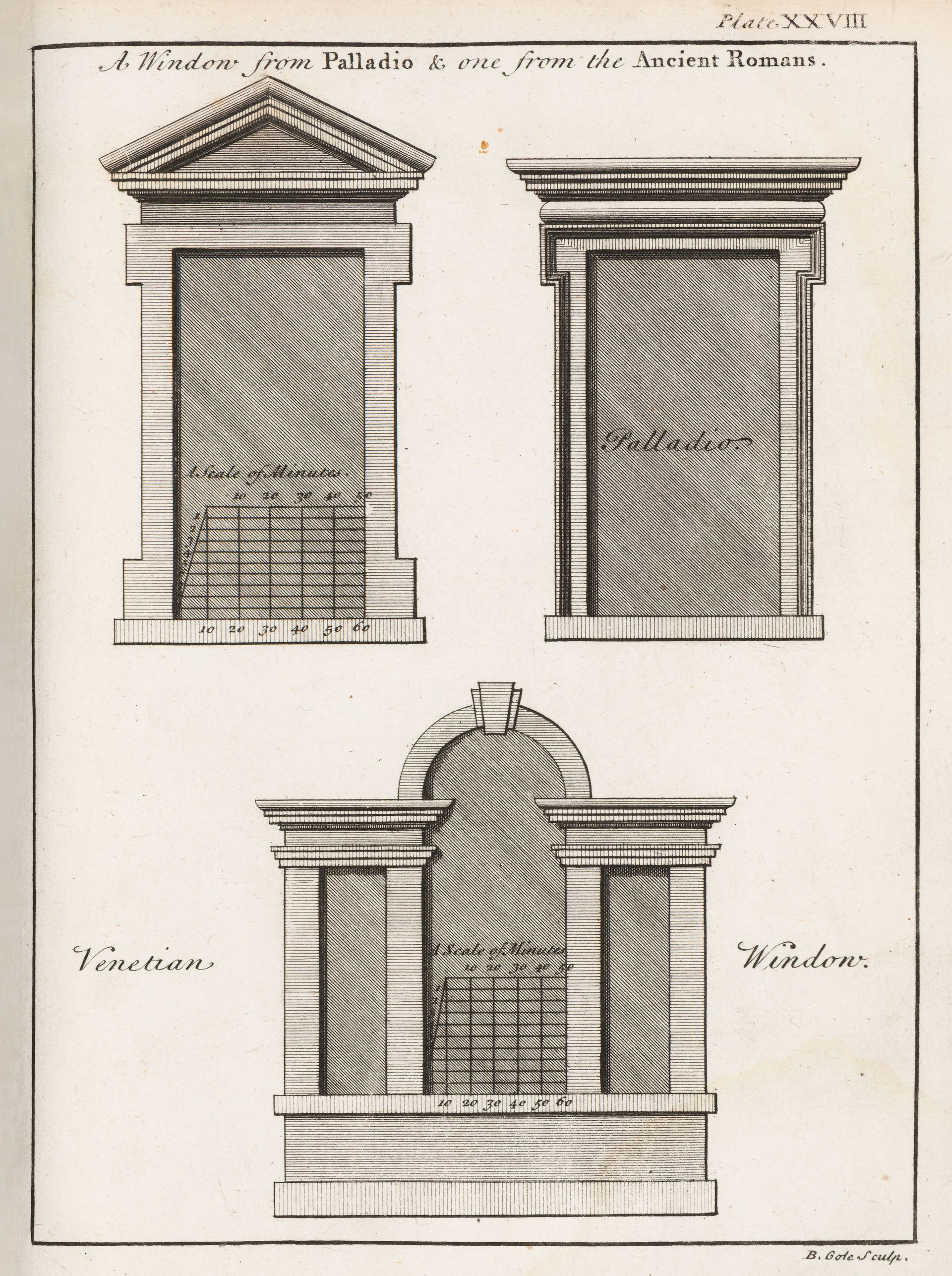 William Salmon. A window from Palladio & one from the Ancient Romans, Plate XXVIII, in: Palladio Londinensis, or the London Art of Building. London : Ward & Wicksteed, 1734. CCA Library. PO1793.

By questioning whether early eighteenth-century English classicism was as fundamentally opposed to the visual and ideological idiosyncrasies of the Baroque as has been maintained thus far, I have tried to re-define the relationship between British and Continental architecture of the period and re-integrate Palladianism with contemporary British culture in all its manifestations. The thematic focus of my study was determined by results of my earlier work which had explored the previously neglected cultural ties between England and the Continent at the time of the Hanoverian succession in 1714.The project aims to shed light on the significance of these connections for contemporary architecture, and on the resulting intersections between the Continental Baroque and the incipient Palladian revival in England as two interdependent systems of representation and signification.

Barbara Arciszewska was a Visiting Scholar at the CCA in 1997-1998.