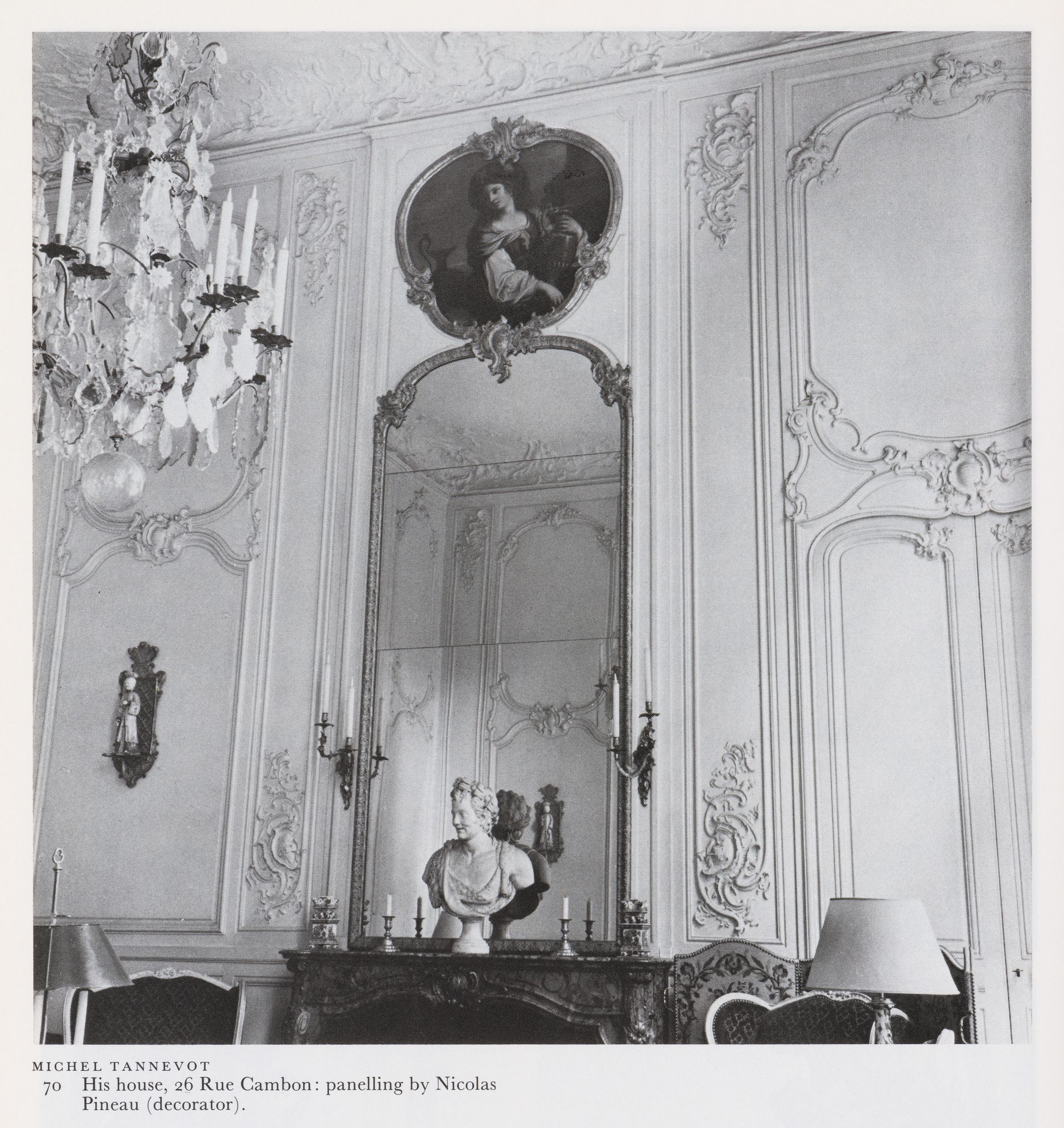 In my research I set out to explore the role played by social constructions of gender in French eighteenth-century domestic design. This project emerged from issues raised in a recently completed book, The Place Vendôme: Architecture and Social Mobility in Eighteenth-Century Paris (Cambridge University Press, 1999). The book focused on the significance of social representation in the development of a French mode of design during the eighteenth century. As part of that study, I explored aspects of the architectural manifestations of gendered identities in financial households. I became convinced that a broader analysis of such manifestations was essential in comprehending the ideological foundations of French eighteenth-century domestic design.

My preliminary research suggested to me that the complex manner in which constructions of gender shaped the private realm might be profitably explored through a focused investigation of two dwellings that were quite celebrated in early eighteenth-century Paris, but are not well understood today. These are the houses of two major art collectors and arbiters of taste, Pierre Crozat and the comtesse de Verrue.

The dwellings of both were key sites in the cultural and social life of early eighteenth-century Paris. They present a series of significant juxtapositions that reveal the diverse and pervasive manner in which constructions of gender among Parisian elites shaped the conception, use, and configuring of the private realm. Some contemporary accounts suggest that aspects of these dwellings served as significant prototypes. Planning strategies, patterns of collecting and display, decorative vocabularies, and certain material components of these residences seem to have inspired other elite patrons and designers.

Around each figure a distinct and impressive circle assembled, so that each became the nucleus of a broader network of taste and cultural activity. The two were linked by a common devotion to collecting, but they personified two poles in the patronage trends of the period. That distinction is but one of many differences in the way each shaped a domestic environment, and those differences shed light upon a number of issues of primary importance: the multiple requirements of evolving Parisian elites, with their complex and often conflicting notions of social estate and hierarchy as it intersected with constructions of gender; the way in which gender-specific expectations informed even the selection and exploitation of the site; the manner in which constructions of class as it intersected with gender seemed to demand distinct realms, spaces and decorative vocabularies for male and female users; and the impact of gender on a newly reinvigorated “public sphere”, which sought refuge in a reconceived private realm.

Rochelle Ziskin received the J. P. Getty Postdoctoral Fellowship in the History of Art and Humanities in 1993-94. Since 1994, she has been Assistant Professor in the Department of Art and Art History at the University of Missouri - Kansas City. She is the author of The Place Vendome: Architecture and Social Mobility in the 18th century Paris (Cambridge University Press).

Rochelle Ziskin was a Visiting Scholar at the CCA in 1999.