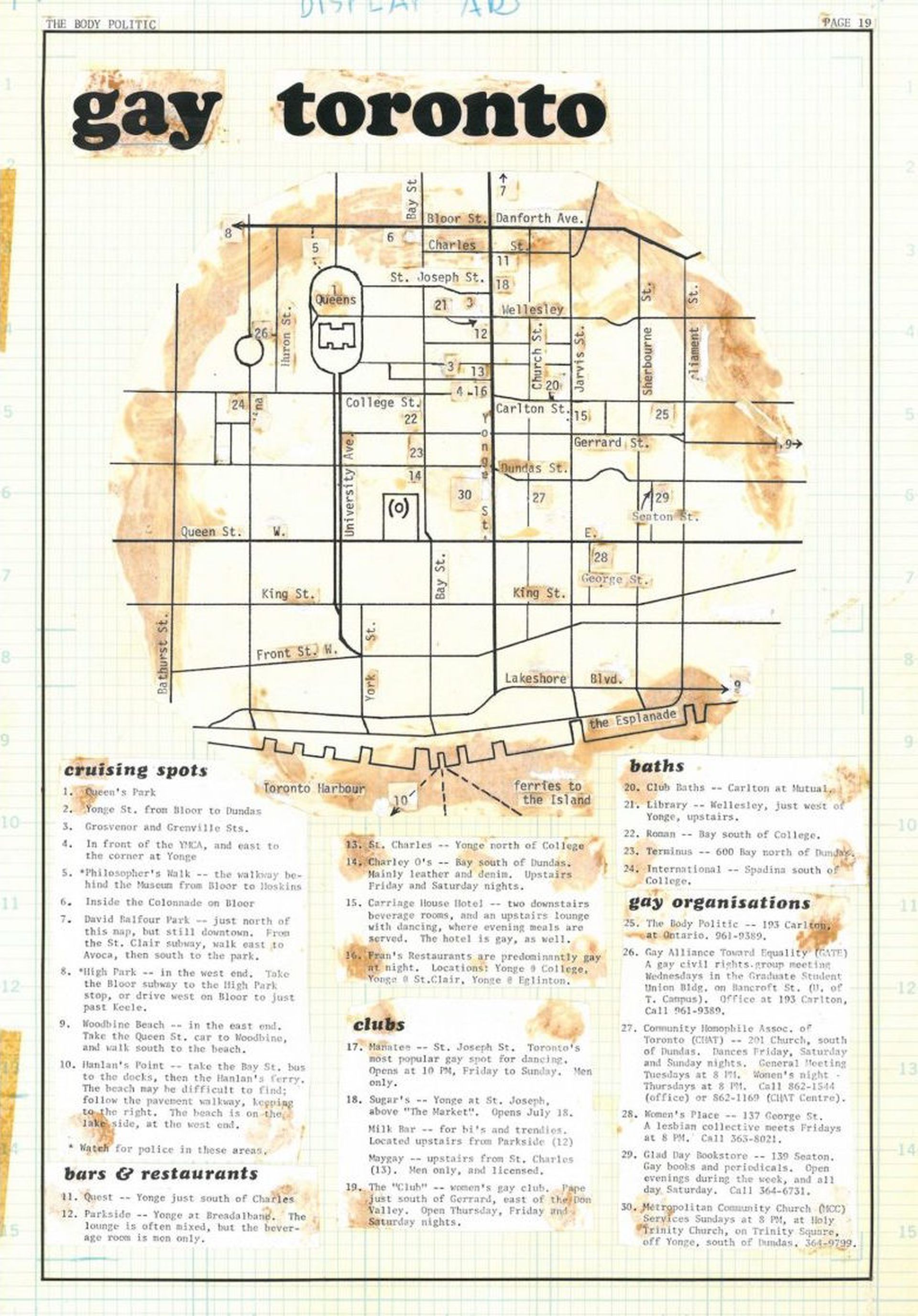 Torsten Lange will present his research-in-progress on the emergence and consolidation of LGBT* community spaces in Toronto from the beginning of the gay liberation movement to the HIV/AIDS crisis, with a specific focus on space-making strategies that promoted queer sociability and community organization.