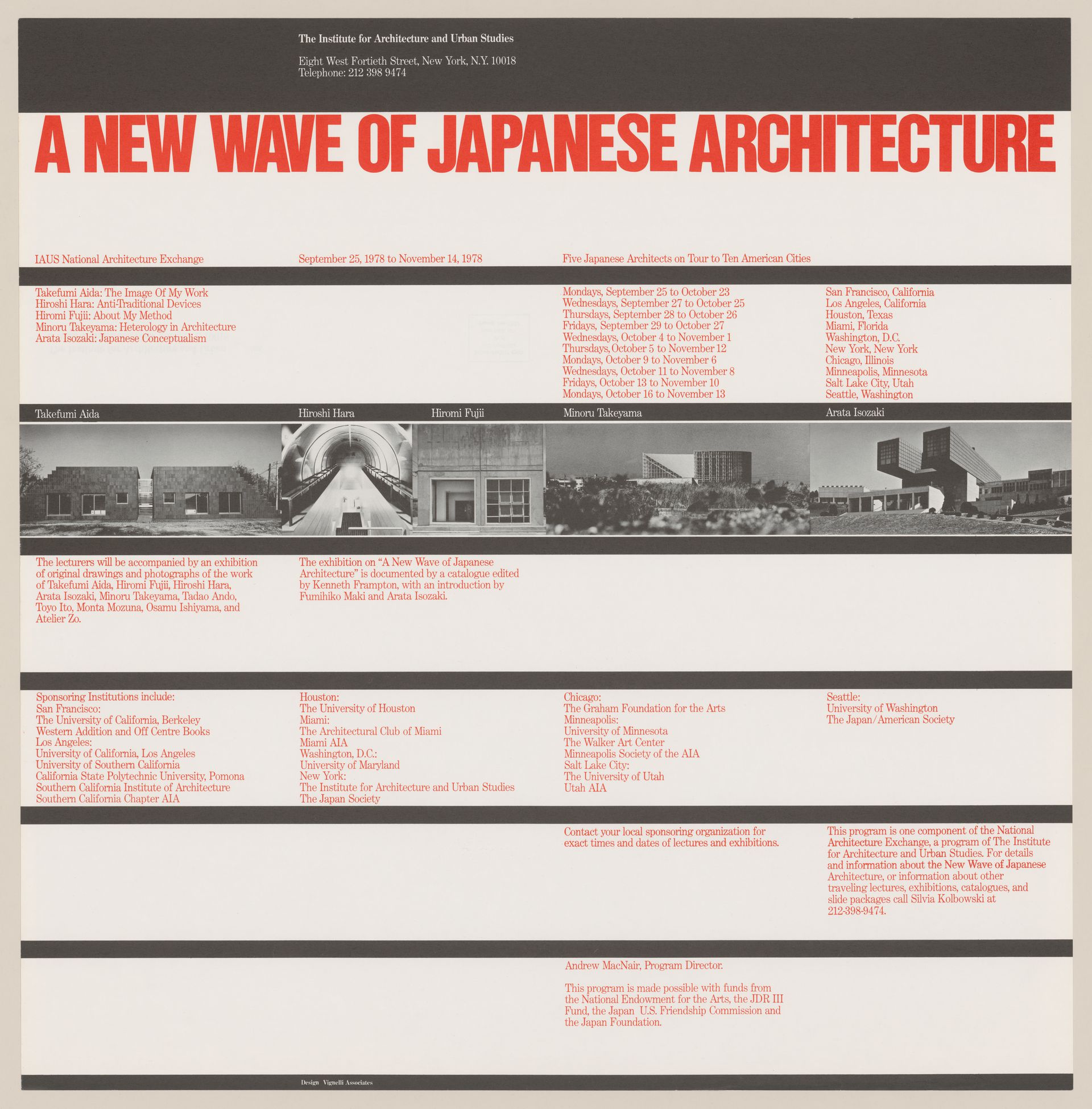 Thomas Daniell takes the CCA’s IAUS fonds as a site for examining the three Japanese architecture exhibitions held at the IAUS in 1978 and 1981, of which there is currently only a partial understanding of their production and impact.

Thomas Daniell is Professor of Architectural Theory and Criticism at Kyoto University and has been an expert in Japanese architecture since 1992. In recent years, Daniell has focused on Japanese architecture of the postmodern age, interviewing some of its main protagonists. His publications include After the Crash: Architecture in Post-Bubble Japan (Princeton Architectural Press, 2008), Houses and Gardens of Kyoto (Tuttle, 2010, second edition 2018), Kiyoshi Sey Takeyama + Amorphe (Equal Books, 2011), Kansai 6 (Equal Books, 2011), and An Anatomy of Influence (AA Publications, 2018).