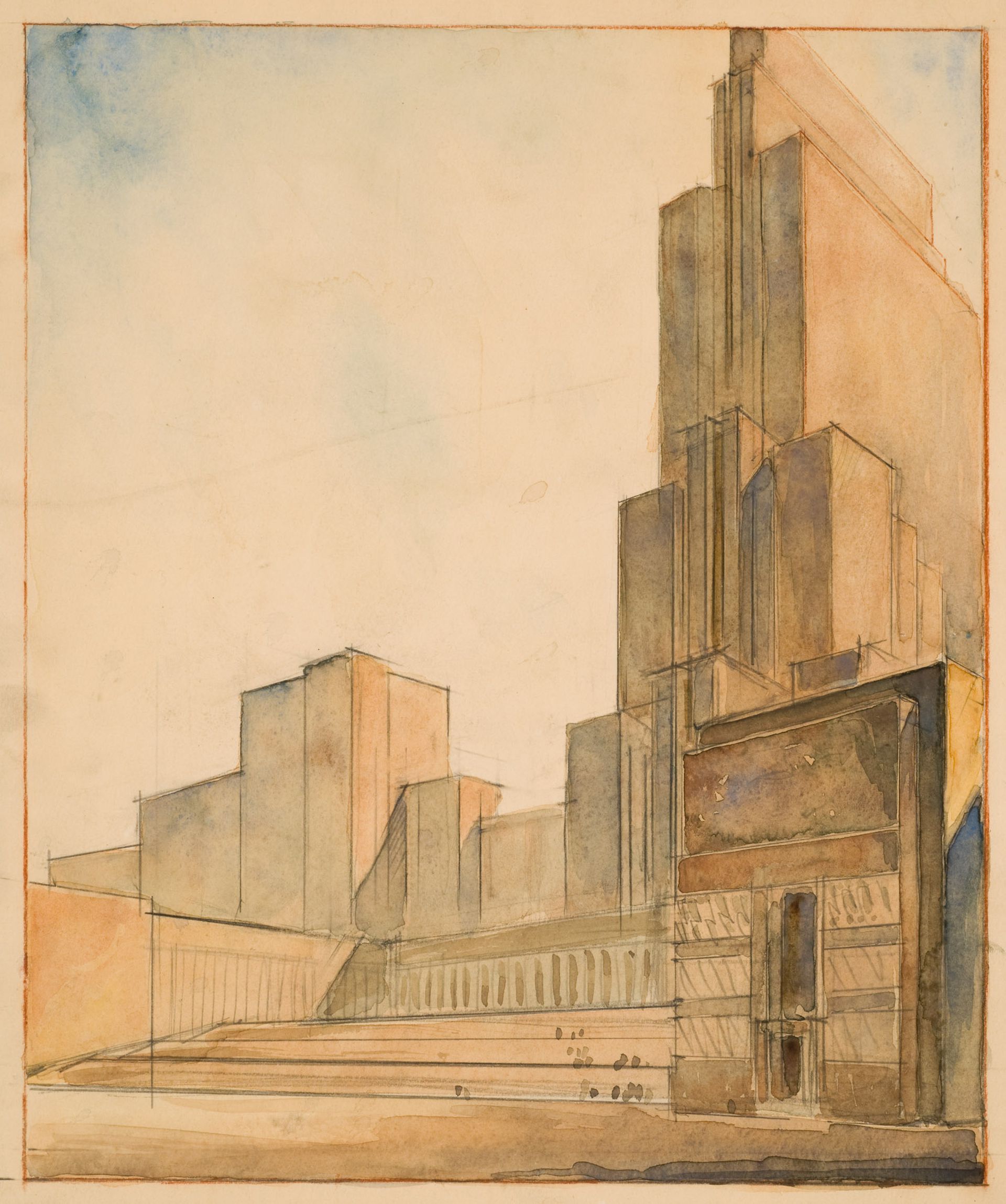 Join us for Jean-Louis Cohen’s curator’s talk to mark the official opening of the new exhibition, Building a new New World Amerikanizm in Russian Architecture.

Within the broad phenomenon of cultural transfer that characterizes modernity and modernization worldwide, the most paradoxical bilateral relationship is the one established between Russia and the United States during the long twentieth century.

Beginning with the first World’s Fair, held in Philadelphia in 1876, until the fall of the Soviet Union in 1991, every defining moment in Soviet history has been shaped by a set of idealized representations of the politics, technology, territorial developments, architecture, and visual culture of America. In 1924, Leon Trotsky went as far as to affirm that “Americanized Bolshevism will triumph and smash imperialist Americanism,” echoing the prophetic vision, formulated by Alexander Blok, of a “New America” forged in the coal-mining regions of Russia.

“Amerikanizm” in Russia can be construed as a multifaceted phantasmagoria—a term used by Walter Benjamin to interpret the spectacle of the commodity. Russian political thinkers, writers, architects, and designers experienced ideal images of the New World as a sequence of fantasies. Visual and textual representations, unfolding on a continuum, generated a collective illusion that shaped modern Russia.

The exhibition and accompanying publication rewrite the history of Russian architecture and urban design in light of this enduring amerikanizm by analyzing, among others, high-rise buildings, including of the late Stalinist era, factories and industrial infrastructure, and Cold War product design. The narrative is underlined by an expanded definition of architecture and of culture that encompasses industrial and graphic design, music, photography, film, and literature.

The curator’s talk will be followed by the opening of the exhibition.

Free, fully insured childcare is available for kids three years and up who can use the washroom independently, from 5:30pm to 7:15pm. Offered in collaboration with The Lion and The Mouse.

Livestream on 12 November, at 6pm