Mass-Produced of a High Order 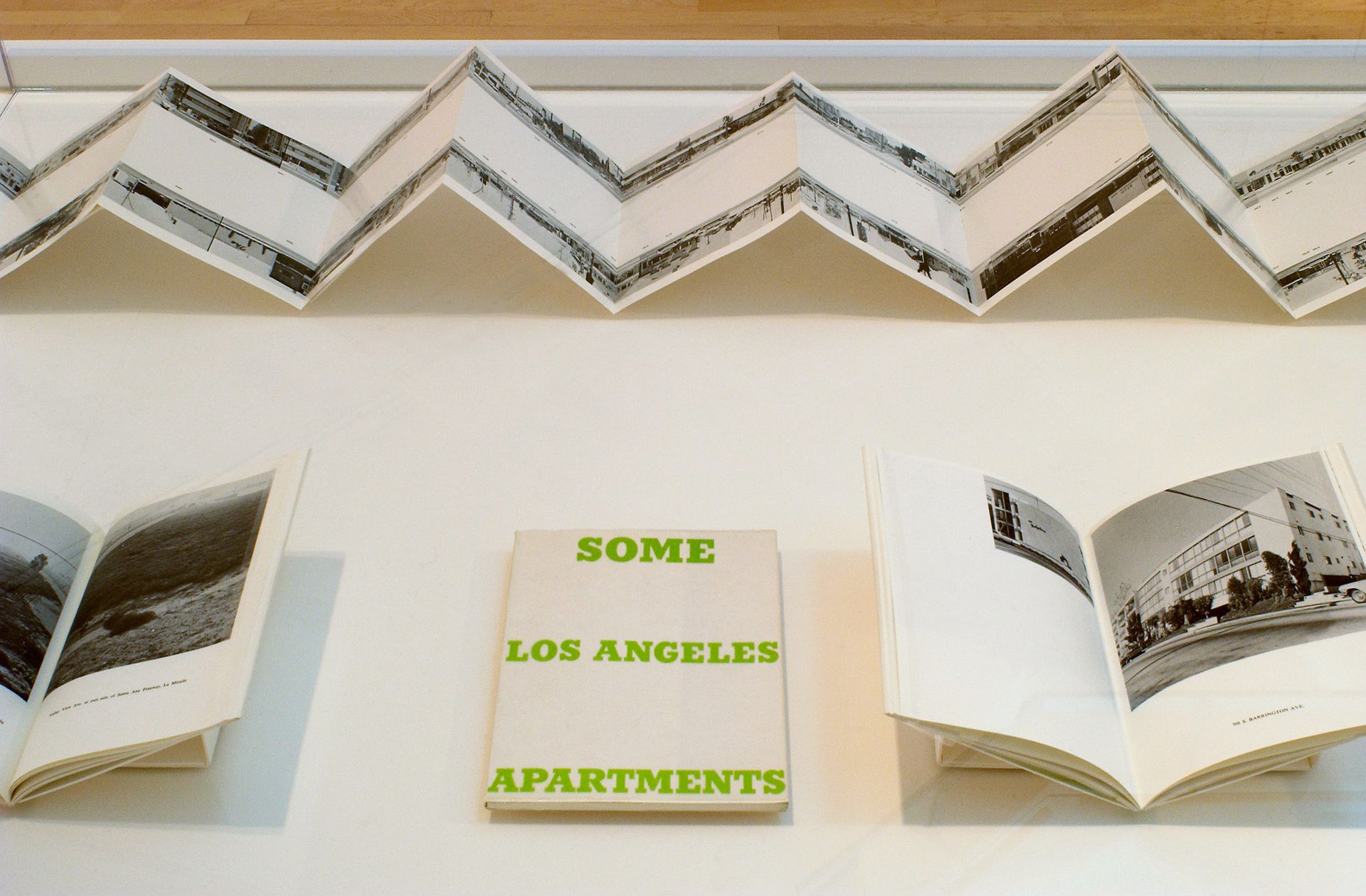 CCA Curator, Books, Viveca Pattison Robichaud, gives an online tour of a selection of artists’ books by Ed Ruscha from the CCA Collection. Presented as part of Volume Mtl: Art and the Book.

Edward Ruscha (1937-) is, in his own words, “the Henry Ford” of the world of artists’ books (bookworks, book making, or any of the other myriad names given to artists’ creations in book form.) Twentysix Gasoline Stations was published by Ruscha in 1963 and can be seen as a seminal work in the field. It helped to allow mass-produced art, his own and others he inspired, to retain its identity as art objects. Ruscha says of his bookworks: “I am not trying to create a precious limited edition book, but a mass-produced object of high order.”

What does Ruscha mean by a ‘high order?’ And how does one collect mass-production? The CCA has a nearly complete collection of Ruscha’s books, many of which engage with the built environment. Looking at the milieu in which they were created and collected, this talk will also present works heavily indebted to Ruscha’s contribution to the genre.

Free and open to the public. You can register to the lecture here.