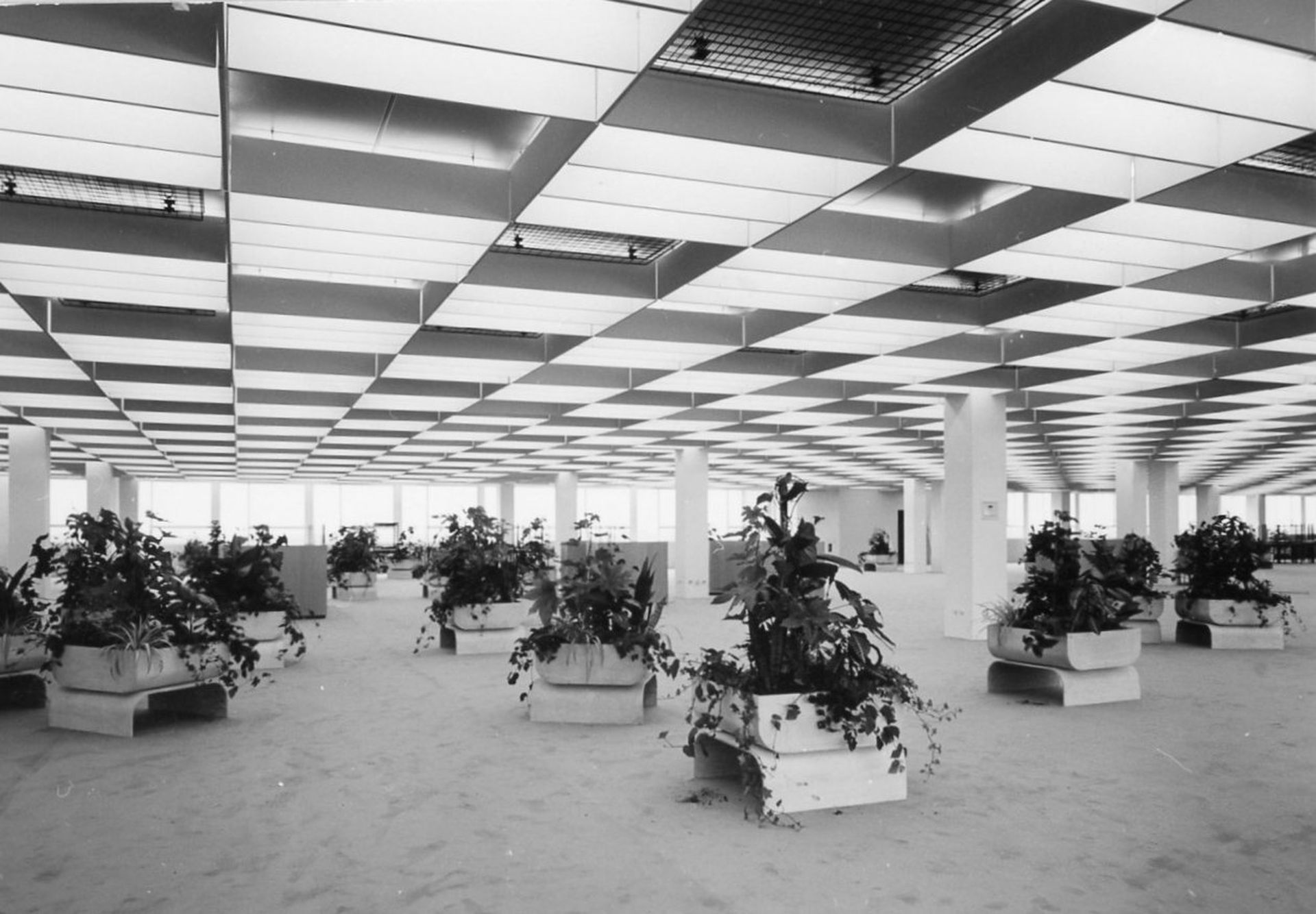 The office of Buch und Ton, a subsidiary of German publisher Bertelsmann, before the furniture was installed, 1961. © Bertelsmann SE Unternehmensarchiv

After the Second World War, teamwork was widely embraced as a paradigm for social interaction. The protagonists of post-industrial society, it was thought, would be neither isolated geniuses nor masses labouring in Taylorist factories, but multidisciplinary groups of educated, creative, motivated individuals. Architects drew on cybernetic ideas to envision new offices for team-based knowledge work. In them, employees were expected to communicate through face-to-face meetings rather than paper documents, making acoustics a central concern. Teams were also supposed to have fun: they were meant to break down the boundaries between life and work, cultivating a sense of friendly competition and collective purpose. Architecture for amusement thus came to reflect an analogous ideal of pleasure in group activities, while games and game theory became crucial avenues for understanding how teams of all kinds behaved.

Teamwork has since been assimilated into the cultural vernacular, but this seminar aims to recover some of its original provocative character as well as its latent contradictions by examining two cases from the 1960s: the Bürolandschaft—an influential office design concept informed by West German cybernetics research—and the architecture of Cedric Price. In postwar Britain, where the decline of industry and the expansion of new media promised to merge labour, leisure, and learning, Price grappled with how to balance the goals of personal freedom and social interaction. The tensions of teamwork are evident in his designs for both offices and recreational environments. Many of his visions have since been realized not in physical buildings but in electronic communication and computation systems, raising the question of whether teamwork remains relevant as an architectural ideal.

This event is free and open to the public. Click here to register.

Joseph L. Clarke is an assistant professor of art history at the University of Toronto and a licensed architect. He is the author of Echo’s Chambers: Architecture and the Idea of Acoustic Space (2021). He is a 2020 CCA Research Fellow.

This seminar is organized as part of the CCA Research Fellowship Program.