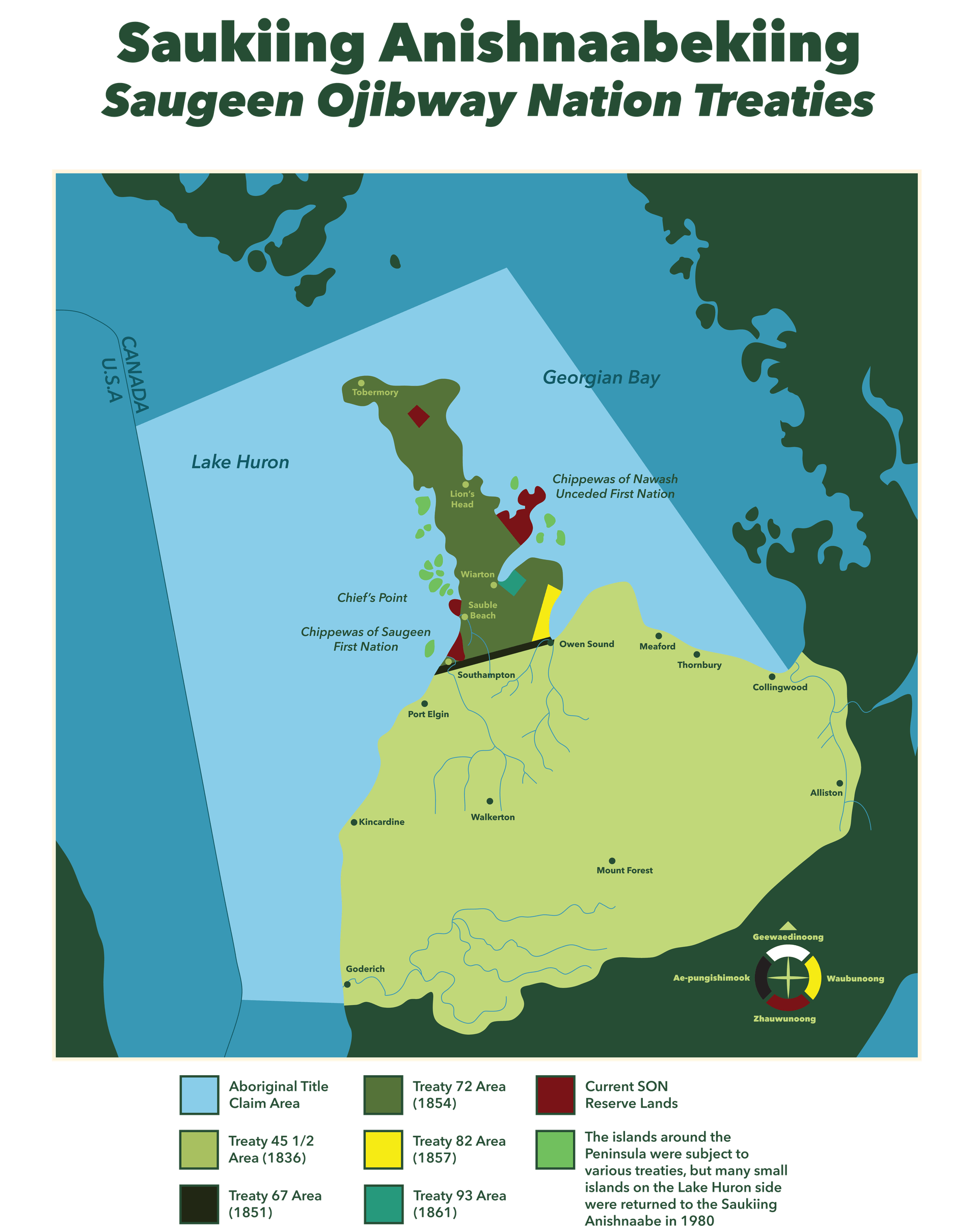 For the second installment of In the Postcolony, a three-year thematic series facilitated through the CCA Master’s Students Program, participants of the 2021 cohort addressed the role Treaty 72 and treaty-making processes more broadly have played and continue to play as legal mechanisms that shape how settler architecture is built and conceived.

In 1836, the British Crown convinced the Saugeen Ojibway Nation (SON; a collective of the Saugeen First Nation and the Chippewas of Nawash Unceded First Nation) to hand over 1.5 million acres of its land south of present-day Owen Sound, Ontario. In exchange, the Crown committed to protecting the Saugeen (Bruce) Peninsula in perpetuity. A short eighteen years later, however, in 1854, the Crown, claiming that they could no longer protect SON lands from settler “development,” sought the signature of Treaty 72. These precipitating events have become important points of contention in title and treaty claims put forward by the SON to the Ontario Superior Court in April 2019. Revolving around forms of redress the SON are seeking from Canada and Ontario in the governments’ failures to protect SON traditional lands and waters, these events demonstrate how treaty making in the settler colonial state of Canada has material effects in the present-day lives of Indigenous communities and settlers alike.

During the summer of 2021, the CCA Master’s Students Program participants, in conversation with invited Indigenous and non-Indigenous architects, activists, and scholars, created a long term research resource that took the shape of a series of seven interviews on treaty making and architecture, the transcripts of which will enter the CCA Collection and support the creation of future Indigenous-authored material.

In the Postcolony: Everyday Infrastructures of Design is a three-year thematic cycle that examines how architecture and urbanism continue to respond to the long echoes of colonial practices of spatial dispossession. Each summer a group of three Master’s researchers narrow their focus to a particular territory that continues to be subject to what Achille Mbembe describes as the resonances of the “banality of power”—everyday infrastructures that shape public life. Spanning geographies and time scales, the thematic cycle articulates the complicity of architectural and urban design in colonial, settler-colonial, and postcolonial power dynamics, while also offering emancipatory potential through the projection of more equitable spaces of public engagement. 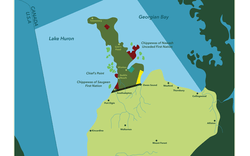 Land and Law by Design
Return to Past
1
1