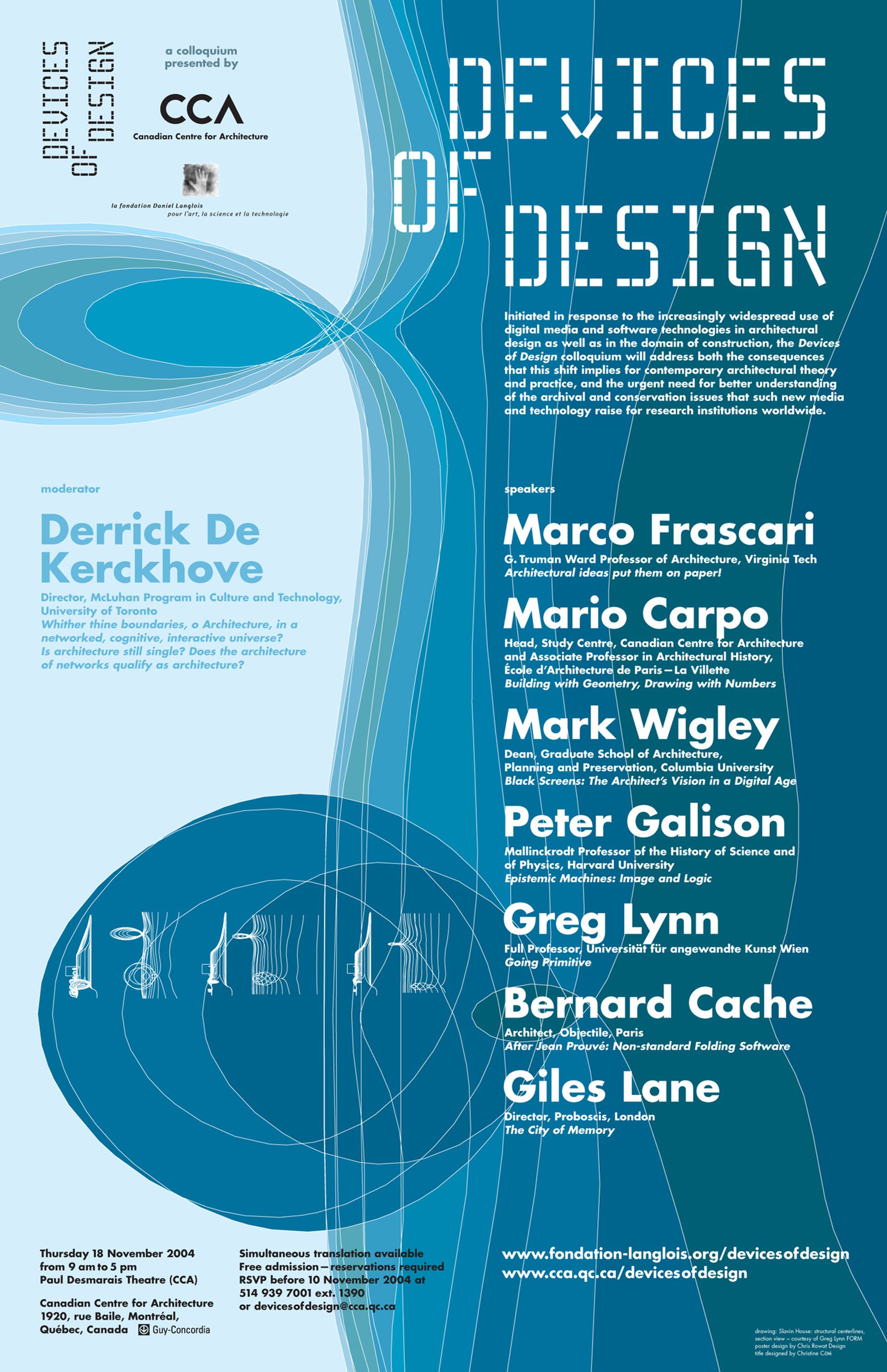 A collaboration between the CCA and the Daniel Langlois Foundation for Art, Science, and Technology, Devices of Design was initiated in response to the increasingly widespread use of digital media and software technologies in architectural design and construction. A colloquium and a subsequent roundtable discussion address both the consequences that this shift implies for contemporary architectural theory and practice, and the urgent need for better understanding of the archival and conservation issues that such new media and technology raise for research institutions worldwide.

The colloquium initiates an in-depth discussion among designers, theorists, and historians who have explored the crucial relationship between the tools and techniques of design on the one hand, and modes of perceiving and conceiving architecture on the other hand. One point of departure in this regard is the issue of what ultimately distinguishes contemporary architectural projects from those of the past. Colloquium moderator, Derrick De Kerckhove (Director, McLuhan Program in Culture and Technology, University of Toronto), launches the discussion with the questions: “Whither thine boundaries, o Architecture, in a networked, cognitive, interactive universe? Is architecture still single? Does the architecture of networks qualify as architecture?”