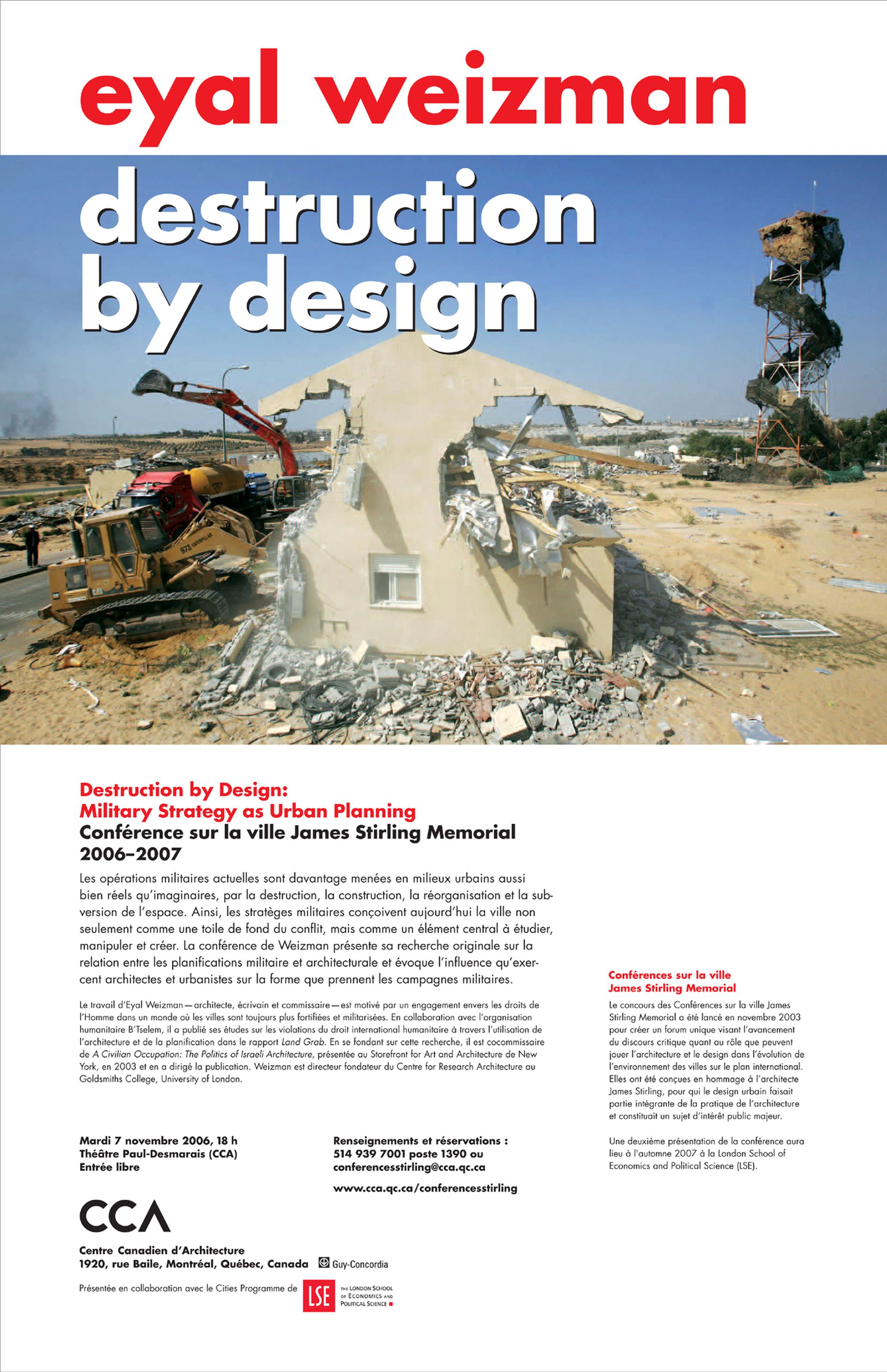 Israeli-born Eyal Weizman presents his original research on the relationship between architectural and military planning, and considers the role of architects and urban planners in shaping military campaigns. Contemporary warfare is increasingly conducted within real as well as imaginary urban settings, through the destruction, construction, reorganization, and subversion of space. As such, the urban environment is understood by military strategists not simply as the backdrop for conflict, but as a central element to be studied, manipulated, and created.

Eyal Weizman is an architect, writer, and curator whose work is motivated by a commitment to human rights. He is founding director of the Centre for Research Architecture at Goldsmiths College, University of London.

The James Stirling Memorial Lectures competition is a collaboration between the CCA and the Cities Programme of the London School of Economics and Political Science (LSE). The lecture was also presented at the LSE on 23 November 2007.