Intermission: Films From a Heroic Future 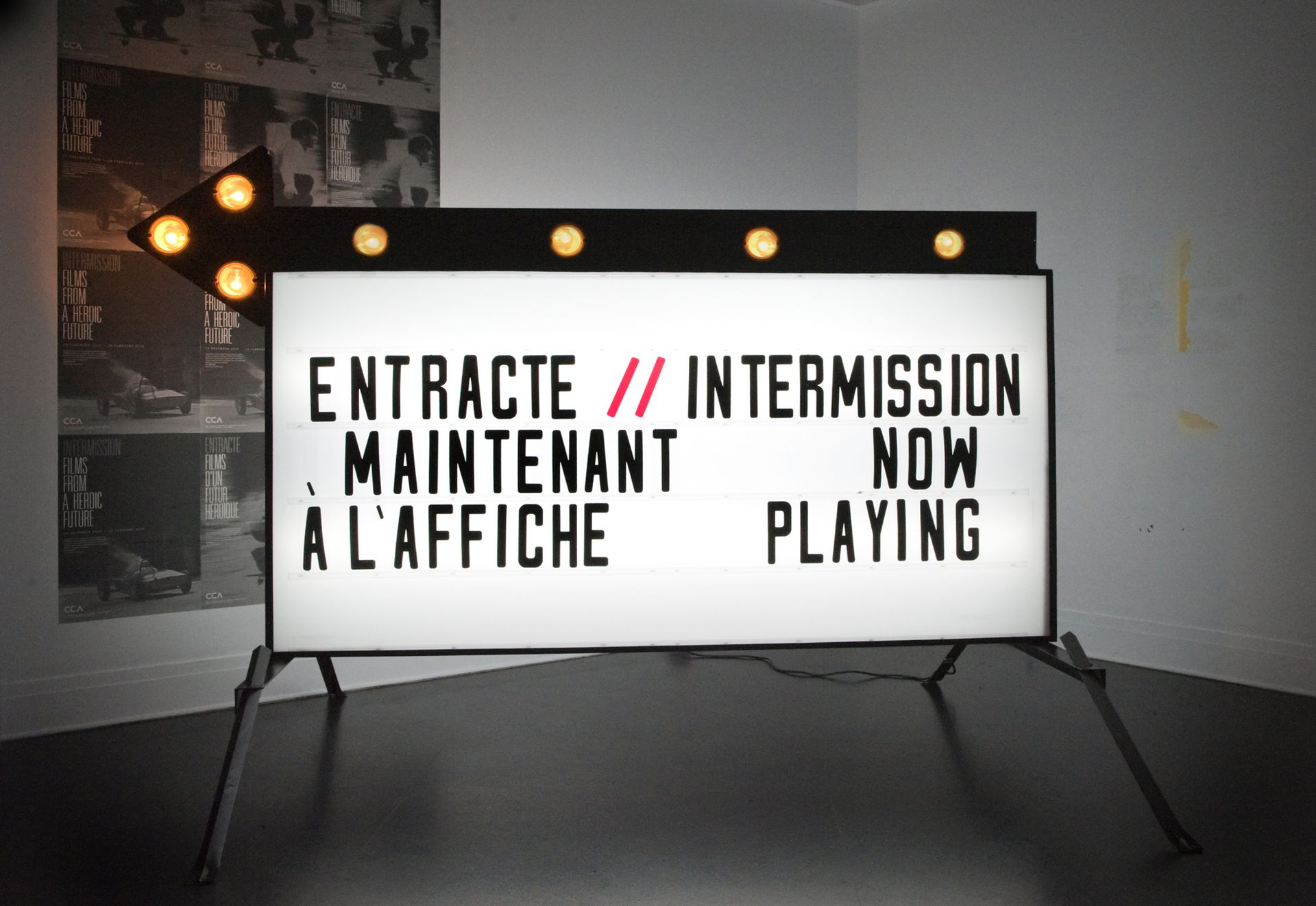 The CCA galleries are transformed into cinematic screening rooms to present a range of artistic, scientific, and experimental films on speed and space. Selected by curators from the archives of NASA, the Smithsonian National Air and Space Museum (NASM), the National Film Board of Canada (NFB), and UbuWeb, the films explore the impact of velocity and technology on our past, present and future.

Intermission: Films From a Heroic Future bridges the themes of the preceding exhibition Speed Limits (20 May to 8 November 2009) and the subsequent exhibition Other Space Odysseys: Greg Lynn, Michael Maltzan, and Alessandro Poli (8 April to 6 September 2010). Intermission surveys the evolving relationship between speed and space, from early reactions to new technology to nostalgic ideas of an unmechanised past. The films on view date from the twentieth and twenty-first centuries, and show speed and technology as heroic indicators of progress or harbingers of an uncertain future. Groundbreaking experimental and artistic films explore disruption and curiosity caused by an accelerating pace of life, or evoke wonder created by the moving image. Films on flight span the eras of the Wright brothers to the space shuttle, while fantastical projections of the future are accompanied by films that question the likelihood of life in outer space.

Intermission is a departure from an object-based exhibition with a determined flow through the galleries and a polished aesthetic. Visitors are offered multiple ways and paces of interacting with the content. Tiered and mobile seating in the main screening gallery allows for a focused viewing experience. Other galleries offer simultaneous projections, personal viewing stations, or tranquil, dark spaces with comfortable furniture. An interval between two exhibitions, Intermission’s aesthetic character is one of temporariness, both in-process and informal.