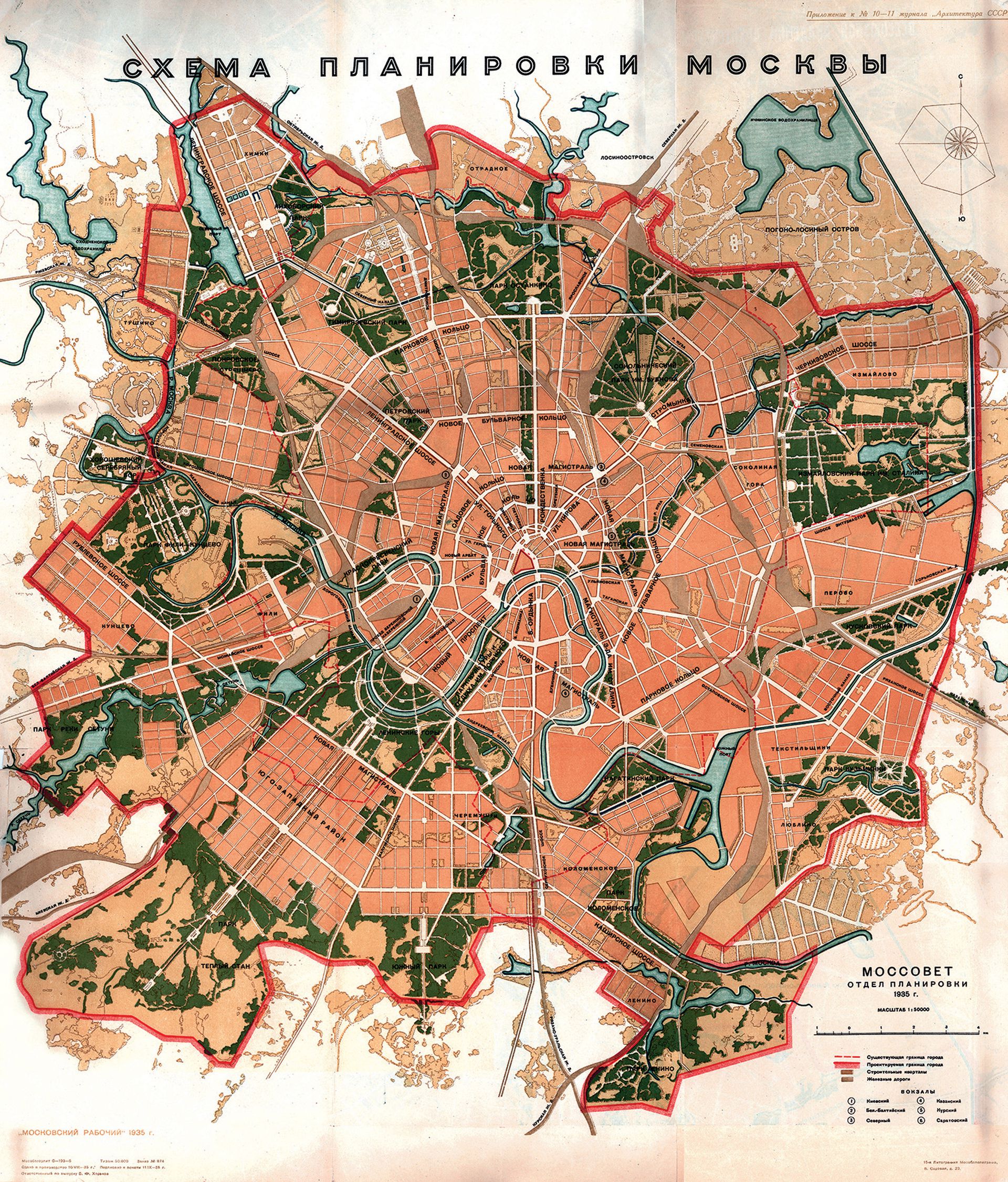 Visiting Scholar and architect Elisabeth Essaïan presents her research on urban planning during the Stalin era, and a critical assessment of its reception in European and North American publications from the 1920s to 1950s:

My research on Stalin-era urban planning clarifies how cities were built in situations where private ownership of land and real estate had been abolished and the architectural profession absorbed by the State. It explores the relationships between various political and architectural actors, and reflects the absolute control of the former over the latter.. This project also highlights the importance of the professional interactions between Soviet, Western European and North American architects. Until the end of the 1930s, Soviet architects travelled to Western Europe and North America, visiting work sites, learning about projects, collecting technical documents and writing detailed reports about their journeys. But what was learned in return?

What did the Western European and North American architects of the era learn about their Soviet counterparts and their work? Who was involved in the exchanges? Where did they go? What did they see? How did they disseminate their acquired knowledge?

This research, presented as part of a CCA residency, aims to redeem Soviet architectural production of the 1920s to 1950s from the oblivion to which it seems to have been relegated by Western European and North American architecture between 1940 and 1960.

The 1970s marked an era of rediscovery of Soviet architectural and urban planning, in terms of projects and production. The first publications to document this resurgence established a set of values and chronology, insisting that a rupture had occurred between the 1920s and 1930s- a claim that is supported by the numerous publications and exhibitions over the past forty years dedicated to VKhutemas (Vyschie khoudojestvennye i tekhnicheskie masterskie—the Higher Art and Technical Studios, Moscow, 1920-1927), and the various projects and personalities of the 1920s.

Essaïan holds a doctorate in architecture from the Université de Paris VIII-Vincennes Saint-Denis and is an assistant professor at ENSA (Ecole Nationale Supérieure d’Architecture) de Paris-Malaquais.

Elisabeth Essaïan was a Visiting Scholar at the CCA in 2011.