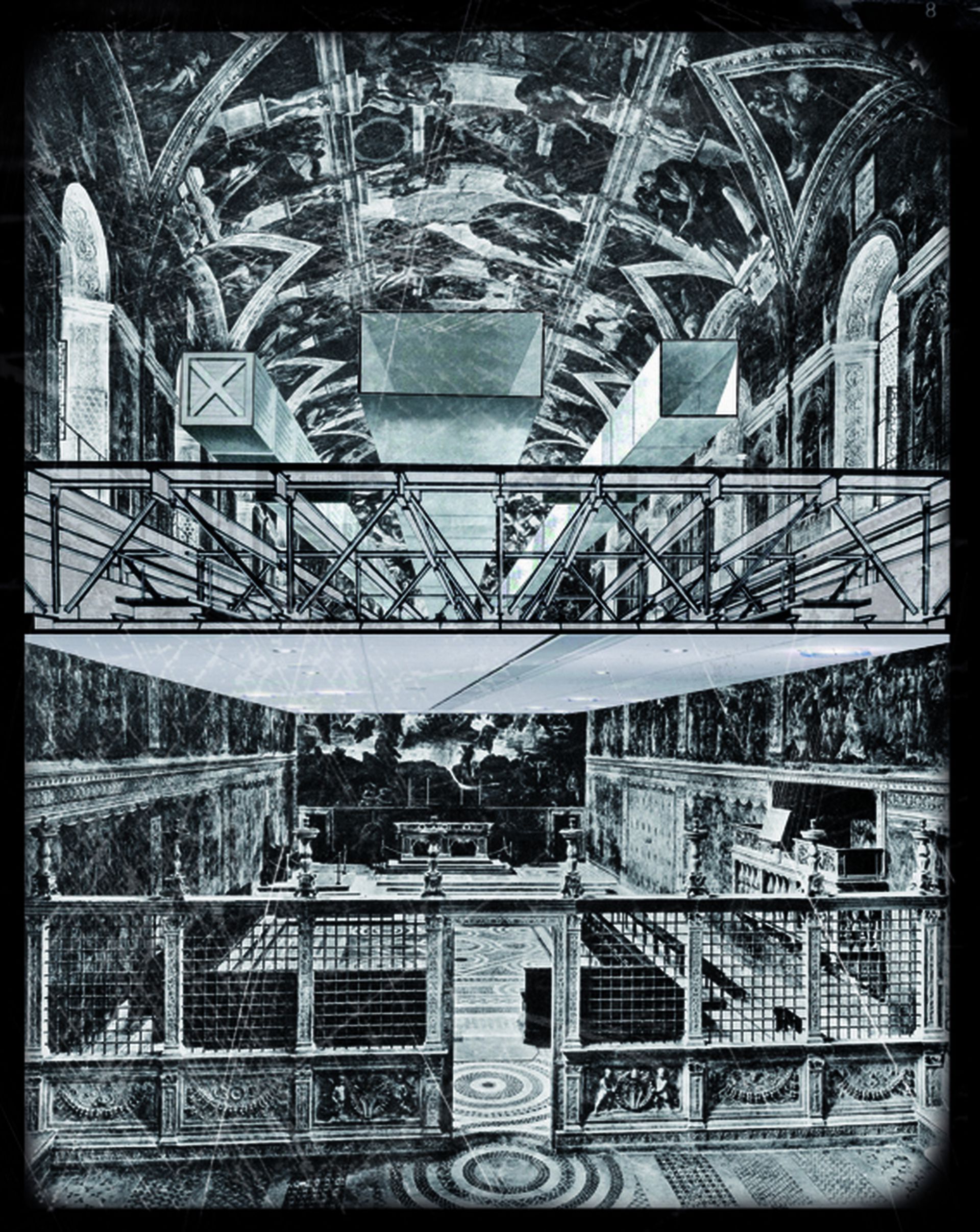 Visiting Scholar Manfredo di Robilant examines dropped ceilings through the rise, the decline, and the rethinking of Modern architecture, and identifies an often neglected battlefield between two efforts: one which sought to maintain symbolic values in architecture and one which refuted the notion that architecture must have meaning beyond itself. The diffusion of the dropped ceiling, which in the postwar years became a “nearly default” solution for non-residential buildings, played a crucial role in this conflict.

The opposition between the task of satisfying material needs and that of conveying symbolic meanings in architecture is implicit already in the Vitruvian triad of commodity, firmness and delight. The history of architecture in the twentieth century makes no exception to the pervasiveness of this conflict, despite the claim of Modern architecture, in search of a rupture with older traditions, to privilege utility.

If many building elements and building solutions could be selected to investigate the relationship or opposition between utility and symbol, ceilings and false ceilings seem to be particularly appropriate. Indeed, ceilings of representative buildings, both civil and religious, have traditionally been used to display symbolic meanings. By contrast, the introduction of the dropped ceiling as a commonplace solution in offices, hotels, and hospitals in North American architecture in late 1940s and early 1950s was implemented by the need to host a rising number of technical systems: air conditioning/heating, ventilating, lighting, telecommunication, and fire detection.

The grid of the dropped ceiling is now nearly omnipresent; its contrast with the ambition of displaying symbolic meanings (religious, political, cultural) on vaults and soffits has become evident in the foreground of the various ‘isms’ that have entered the architectural discourse since the 1970s. The historical roots of the dropped ceilings in the late nineteenth and in the early twentieth century are worth investigating in order to understand this theoretical opposition.

Manfredo di Robilant is an architect and a scholar in the history of modern architecture. He has taught at the Politecnico di Torino and at the Naba (Nuova accademia di belle arti) in Milan and has lectured at the Politecnico di Milano and at Sam Fox School in St. Louis. From 2007 to 2011, he was assistant to the editor of the monthly Il Giornale dell’Architettura. He is currently working on a research project on the relationship between ceilings and dropped ceilings in late nineteenth and twentieth century architecture, for which he published the article “Looking-up: Nationalism and Internationalism in Ceilings, 1850-2000” in Nationalism and Architecture (2012). Among his other publications are “La memoria ricorrente. Una bibliografia parziale di un termine sensibile” in L’architettura della memoria in Italia, 1750-1939 (2007), “La tecnica e il disincanto, Carlo Mollino docente 1949-1973” (with G. Durbiano), in Carlo Mollino Architetto (Electa, 2006). He edited the Italian version of writings by Werner Oechslin, Le radici tedesche dell’architettura moderna (Allemandi, 2008) and Rem Koolhaas, Singapore Songlines, Ritratto di una metropoli Potemkin (Quodlibet, 2010).

Manfredo di Robilant was a Visiting Scholar at the CCA in 2012.