The Forms of Space: Teaching Architecture at the VKhUTEMAS 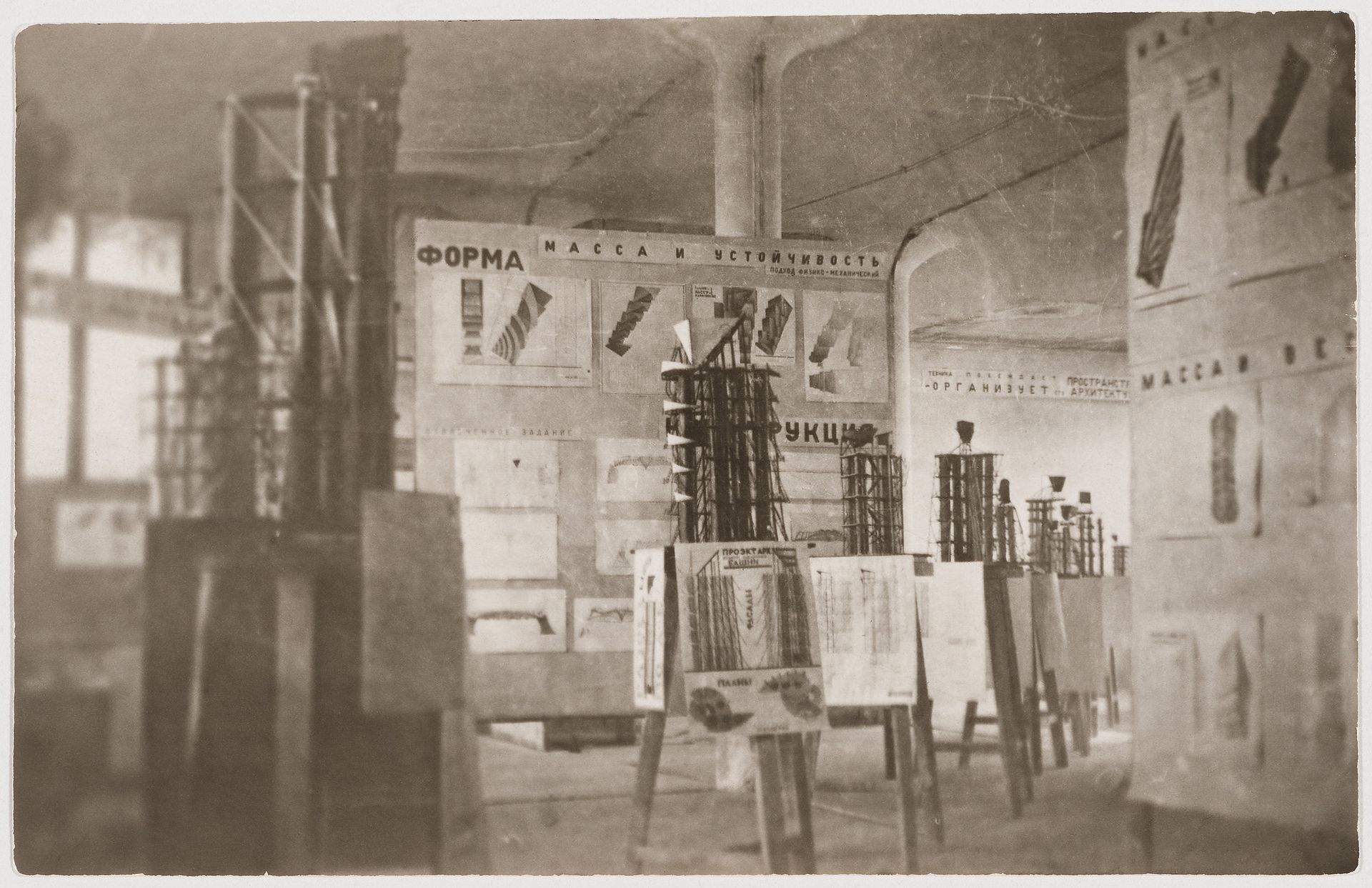 Unknown photographer. View of an exhibition of student projects showing models for towers for caustic soda processing for the topic “Functionally Specific Task in the Demonstration of Volume and Space” at the VKhUTEMAS. Gelatin silver print, 12.5 x 8.8 cm. CCA Collection. PH1998:0014:004. Gift of Howard Schickler and David Lafaille

In the CCA Collection we find a valuable photographic fund which documents the experimental work conducted within the VKhUTEMAS classrooms, one of the main Soviet educational institutions following WWI and the place where 20th century Soviet architectural culture was formed. The collected works are made up of a vast selection of images depicting the models and drawings produced by students of the “Space” course taught by the architect Nikolaj Ladovskij assisted by Vladimir Krinskij and Nikolaj Dokuchaev and based on the renowned psycho-analytical method.

The course was part of the so-called Osnovno otdelenie, the preliminary course program, and was regarded as a fundamental step in the educational system and a key opportunity to focus students on general problems of architecture, rather than requiring their immediate involvement in more specialised disciplinary tracks.

Luka Skansi is a postdoctoral fellow at University IUAV in Venice. He received his Ph.D. in 2006 in History of Architecture at the School for Advanced Studies in Venice with research on pre-revolutionary Russia (1900-1917). His research interests include Russian and Soviet architecture, Peter Behrens, Italian postwar architecture and engineering, and architecture in ex-Yugoslavia. In 2008 he curated an exhibition in Vienna on Slovenian architecture in the 20th century (Architektur. Slowenien_Meister & Szene, Pustet Verlag, Salzburg). In 2009 he received an honorable mention for the Bruno Zevi Prize for a historical-critical essay. He recently finished his research on Italian architect Gino Valle and published two books: Gino Valle. Deutsche Bank Milano (2009) and Gino Valle complete works (2010).

Luka Skansi was a Visiting Scholar at the CCA in 2012.