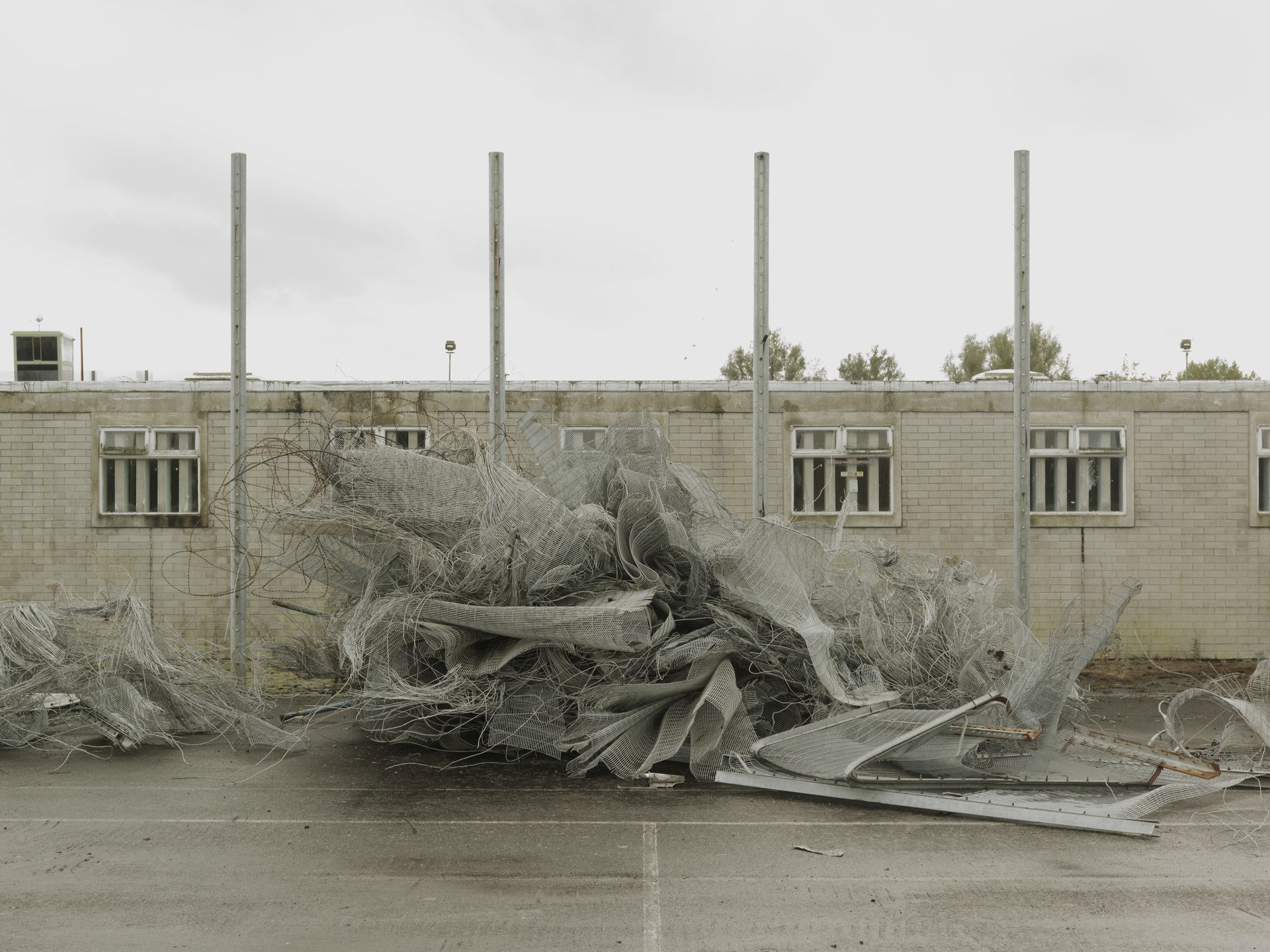 The H-Block buildings of Maze Prison were a potent symbol of the often violent political struggles in Northern Ireland known today as the Troubles. The prison, opened in 1971 by the British government, was designed to keep apart warring loyalist and republican paramilitaries, the latter demanding to be treated as prisoners of war rather than criminals. As part of this demand, the prison was the site of hunger strikes and escape attempts in the 1980s.

This exhibition brings together different moments in the history of the Maze Prison with other photographs and automatically generated imagery. Granted official and unlimited access to the empty prison following the Belfast peace agreement, Donovan Wylie started an extensive project photographing the different layers of imprisonment: the cells, the various modes of fencing and the perimeter walls. When demolition of the prison began in 2007, he returned to photograph the process of its erasure from the landscape.