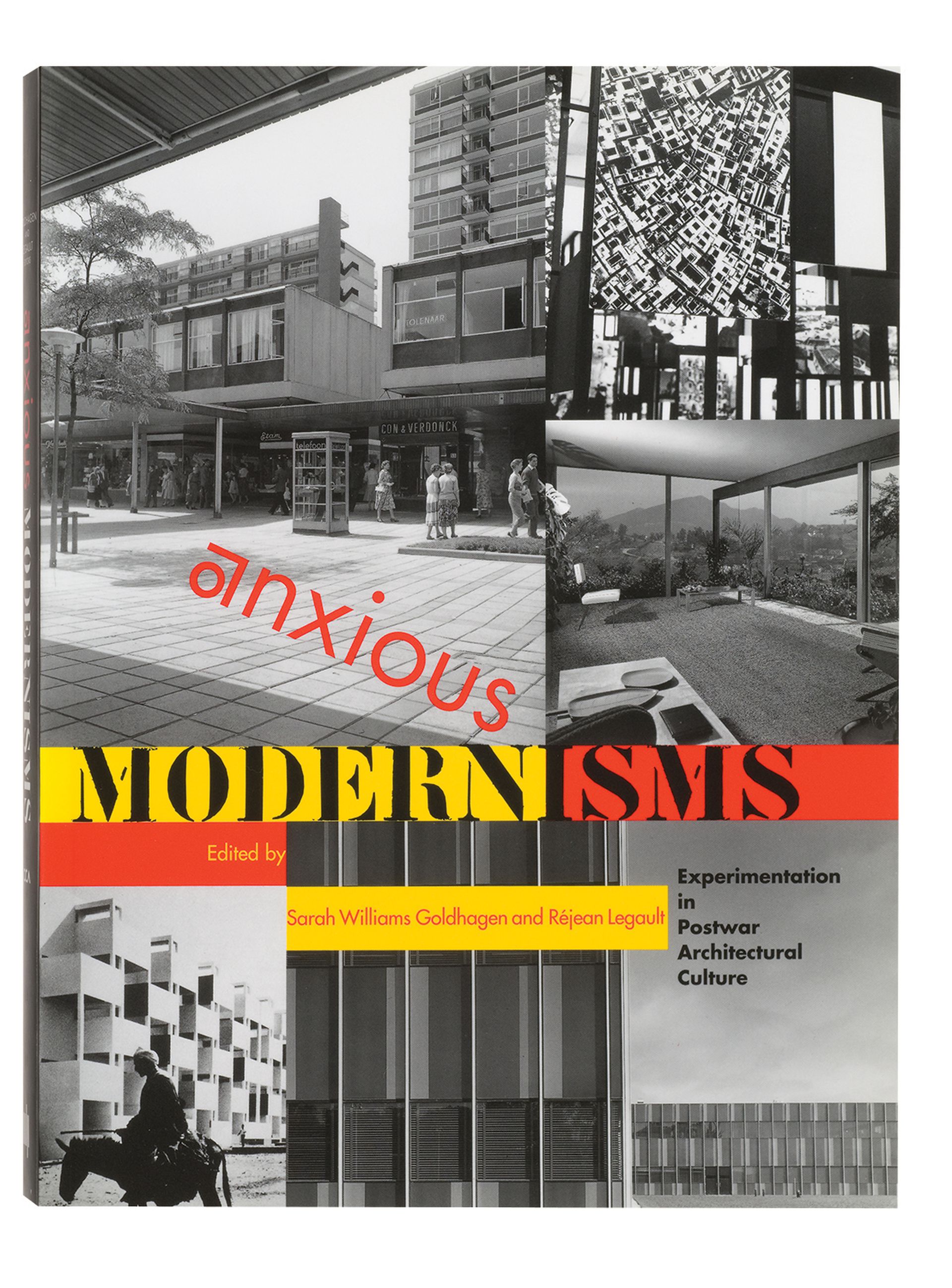 The two decades after the Second World War are typically viewed as an ambiguous era in architecture between a dying modernism and a forthcoming post-modernism. Yet this perspective fails to consider an important development in architectural history, an evolving and powerful modernism. The essays in Anxious Modernisms reveal that a wide range of postwar architects and theorists — including Saarinen and Rudofsky in the United States, ATBAT-Afrique in Morocco, Price and the Smithsons in England, Bakema in Holland, and the Metabolists in Japan — were determined to renew rather than abandon the legacy of modernism.

Each text analyzes an individual or movement that dealt with modernism in response to developments within and outside the architectural profession. They reveal many of the pre-occupations that dominated discourse of the postwar era, including authenticity, place, individual freedom, and popular culture. In addition, the introduction and coda discuss the critical themes of postwar architecture and propose a framework for conceptualizing architectural modernism and its evolution after the war. Contributors include Réjean Legault, Maristella Casciato, Monique Eleb, Sarah Williams Goldhagen, Sandy Isenstadt, Mary Louise Lobsinger, Reinhold Martin, Francesca Rogier, Timothy M. Rohan, Felicity Scott, Jean-Louis Violeau, Cornelis Wagenaar, and Cherie Wendelken.

Anxious Modernisms is the result of a collaboration between the Graduate School of Design (GSD), Harvard University, and the CCA Study Centre. Initiated by Goldhagen, two conferences focusing on post-war architecture led to the production of these twelve essays. The first conference, “Reconceptualizing the Modern: Architectural Culture, 1943–1968,” was held at the GSD at Harvard in spring 1998. Twenty-four speakers provided a wide overview of the period and its protagonists. The second conference, “Anxious Modernisms: Postwar Architectural Culture, 1943–1968,” was held at the CCA in spring 1999. Focusing on issues considered critical to the period, eleven speakers presented studies on movements and individuals that were grappling with the legacy of twentieth-century modernism.

Co-published with The MIT Press
Hardcover or softcover, 336 pages