The Making of an Avant-Garde 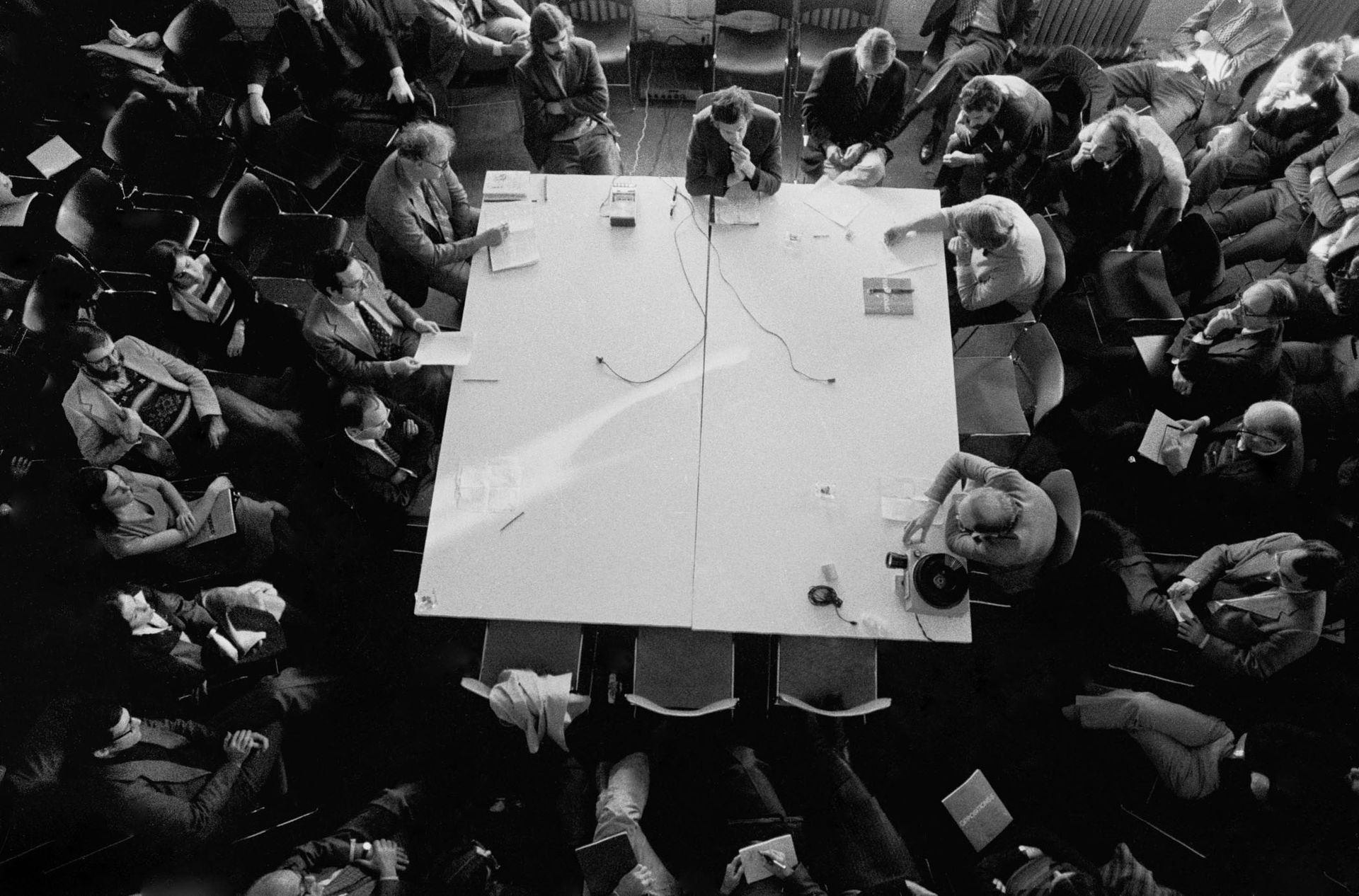 The Oppositions Forum on Aldo Rossi, 1976

Diana Agrest’s film presents the Institute for Architecture and Urban Studies, founded in 1967, in the architectural, cultural, and political climate of the time, from the anti-War riots, the Women’s Movement to the Paris May 68 revolution and the crime ridden and bankrupt New York City. It documents and explores the IAUS’s fertile beginnings and enduring significance as a locus for the avant-garde.

The story is told through Agrest’s archival footage and the voice of people that were active participants and leaders telling compelling stories about the place and about their own personal experiences, stories by the most renowned architects today, that were never made public before. The film features Peter Eisenman, Diana Agrest, Richard Meier, Mario Gandelsonas, Kenneth Frampton, Charles Gwathmey, Anthony Vidler, Rem Koolhaas, Frank Gehry, Deborah Berke, Mark Wigley, Stan Allen, Barbara Jakobson, Suzanne Stephens, Bernard Tschumi, and Joan Ockman, among others.

Architect Diana Agrest is a founding partner of Agrest and Gandelsonas Architects. Her designed and built projects range from urban projects, housing complexes and master plans to single family residences and interiors in USA, Europe, South America and Asia. She is a Full time Professor at The Irwin S. Chanin School of Architecture of The Cooper Union, and has taught at the universities of Princeton, Columbia, and Yale. She was a fellow of the Institute for Architecture and Urban Studies in New York City from 1972 to 1984. Her theoretical writings and her work have been widely published and her books include Architecture from Without: Theoretical Framings for a Critical Practice; Agrest & Gandelsonas: Works; The Sex of Architecture; Places and Memories and A Romance With the City: The Works of Irwin S. Chanin.

Presented in conjunction with the exhibition The Other Architect