Master’s Students Program: Into the Archive 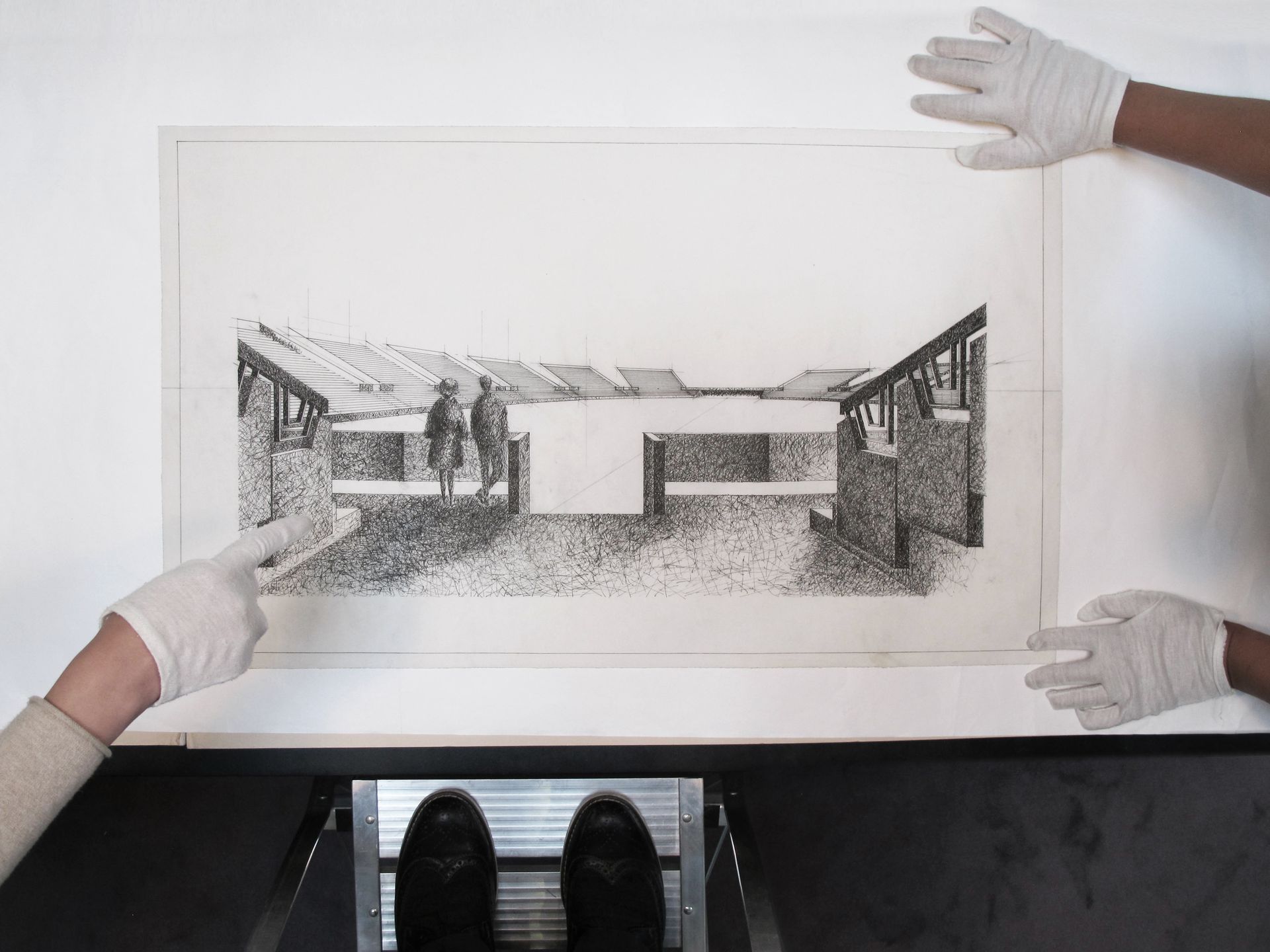 Since the acquisition in 1981 of the Fonds Ernest Cormier, some 100 Canadian archives have entered the CCA Collection, including large-scale projects in Montreal and Quebec, icons of Vancouver modernism, works of important firms in Toronto, and urban planning and architectural competitions from the 1960s to the end of the 20th century.

The archives that will be the topic of research in the 2015 CCA Master’s Students Program, are those of Guy Desbarats, Roger D’Astous, and Victor Prus. These are three major figures whose contribution has been recognized among their peers and by the international architectural community. Guy Desbarats and Roger D’Astous belonged to the same generation of architects born in Montreal in mid-1920s, while Victor Prus, a Polish émigré, is a few years older.

They had different backgrounds and educational experiences, and a diverse approach to architectural process. Desbarats developed a career as teacher and critic, traces of which are present in his archive full of lecture notes and unpublished manuscripts. D’Astous is the only Canadian architect who apprenticed in the atelier of Frank Lloyd Wright. This foundational experience became a trademark of his professional life. Prus studied at the prestigious School of Architecture in Liverpool and learned the language of modernism from the British members of CIAM before settling in Canada at the end of the Second World War.

The work of Desbarats, D’Astous, and Prus marks the decades from 1960 to the early 1980s and participated in an urban revolution that transformed Montreal’s landscape. Some of these projects were considered in the CCA exhibition and publication The 60s: Montréal Thinks Big in 2004.

Infrastructure and housing are the two major areas of design practice they all explored, including major contributions to Expo 67. Their architecture has touched the monumental as well as the small scale, with a focus on human interaction in the domestic environment.