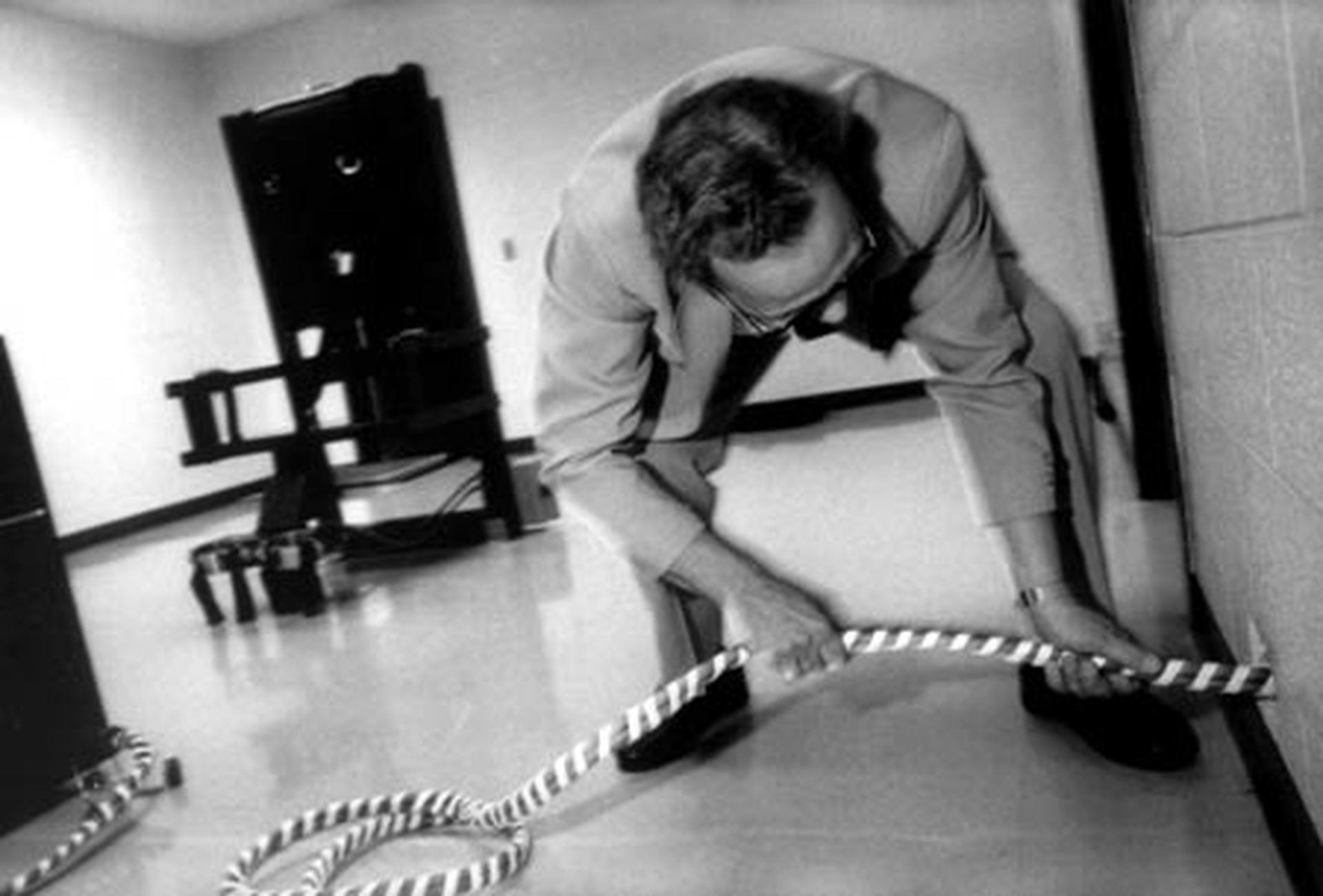 In conjunction with the upcoming exhibition Architecture as Evidence, join us for a screening of Mr. Death: The Rise and Fall of Fred A. Leuchter, Jr. (1999). Directed by Errol Morris, the documentary presents the story of Leuchter, a self-taught consultant who advised American prisons on execution methods during the 1980s and was ultimately discredited after testifying on behalf of Holocaust denier Ernst Zündel.

Architecture as Evidence explores the role of architectural expertise in forensic analysis through the evidence used in a court case concerning Auschwitz. The exhibition opens 16 June.