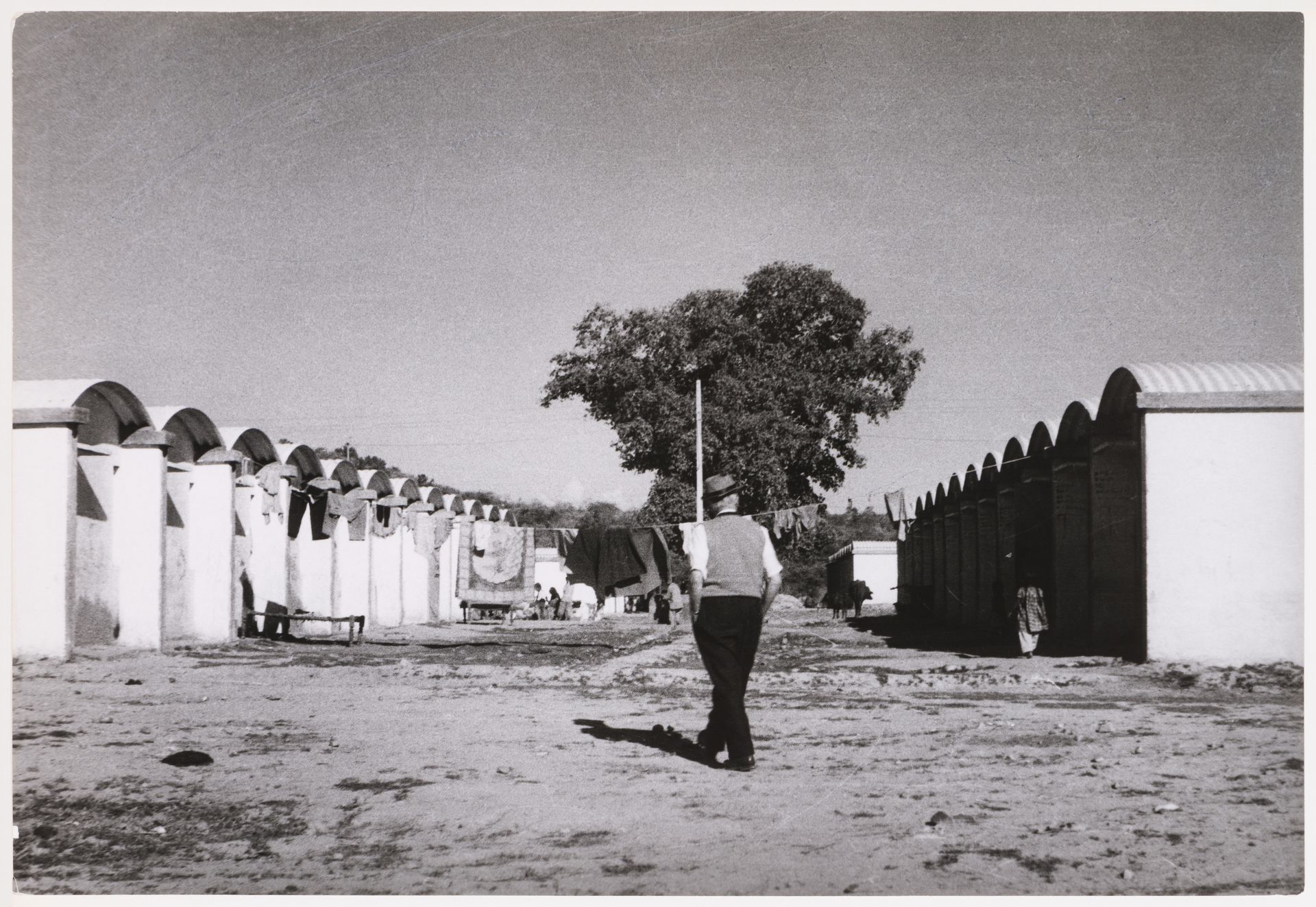 In the recent development of architectural history, the involvement of Western architects in emerging postcolonial nations has been reviewed within the broader geopolitics of decolonization and global cold war. That analysis is certainly correct, as far as it goes, but what is needed historiographically is nuanced attention to the broader emotive culture engaged in the postcolonial condition. Belief in the power of architecture to help third-world poor, Western feelings of obligation to provide aid to the disadvantaged, and, most important, the fervent empathy cultivated in the context of global “underdevelopment” all deserve scholarly attention.

Pierre Jeanneret’s involvement in India is an important case to consider. Besides the seminal Chandigarh project, Jeanneret collaborated with various government organizations to design low-cost housing, an ideal prototype unit, and a model interior for the low-income population. These projects document Jeanneret’s response to the emotive culture of the time as framed by the Indian government’s plea for a different kind of modernism of austerity. Attempts to decipher Jeanneret’s cultural displacement and vivid encounters with poverty reveal an emotional turbulence that shaped his worldview and affected professional decisions. Jeanneret’s archive, recently acquired by the CCA, sheds new light on this broader emotive culture. This presentation calls for a new methodology to integrate these documents into postcolonial architectural history.

Farhan Karim is an assistant professor in the School of Architecture, Design, and Planning (SADP) at the University of Kansas. His first book, Modernism of Austerity: Formation and Display of Ideal Home in India, 1920-1960, is forthcoming from the University of Pittsburgh Press, and he is now coediting a volume entitled Routledge Companion to Architecture and Social Engagement. His current research focuses on the involvement of Euro-American architects in the development of modern architecture in postcolonial Pakistan (1947–71).

Farhan Karim was a Visiting Scholar at the CCA in 2016.