It’s All Happening So Fast: A Counter-History of the Modern Canadian Environment 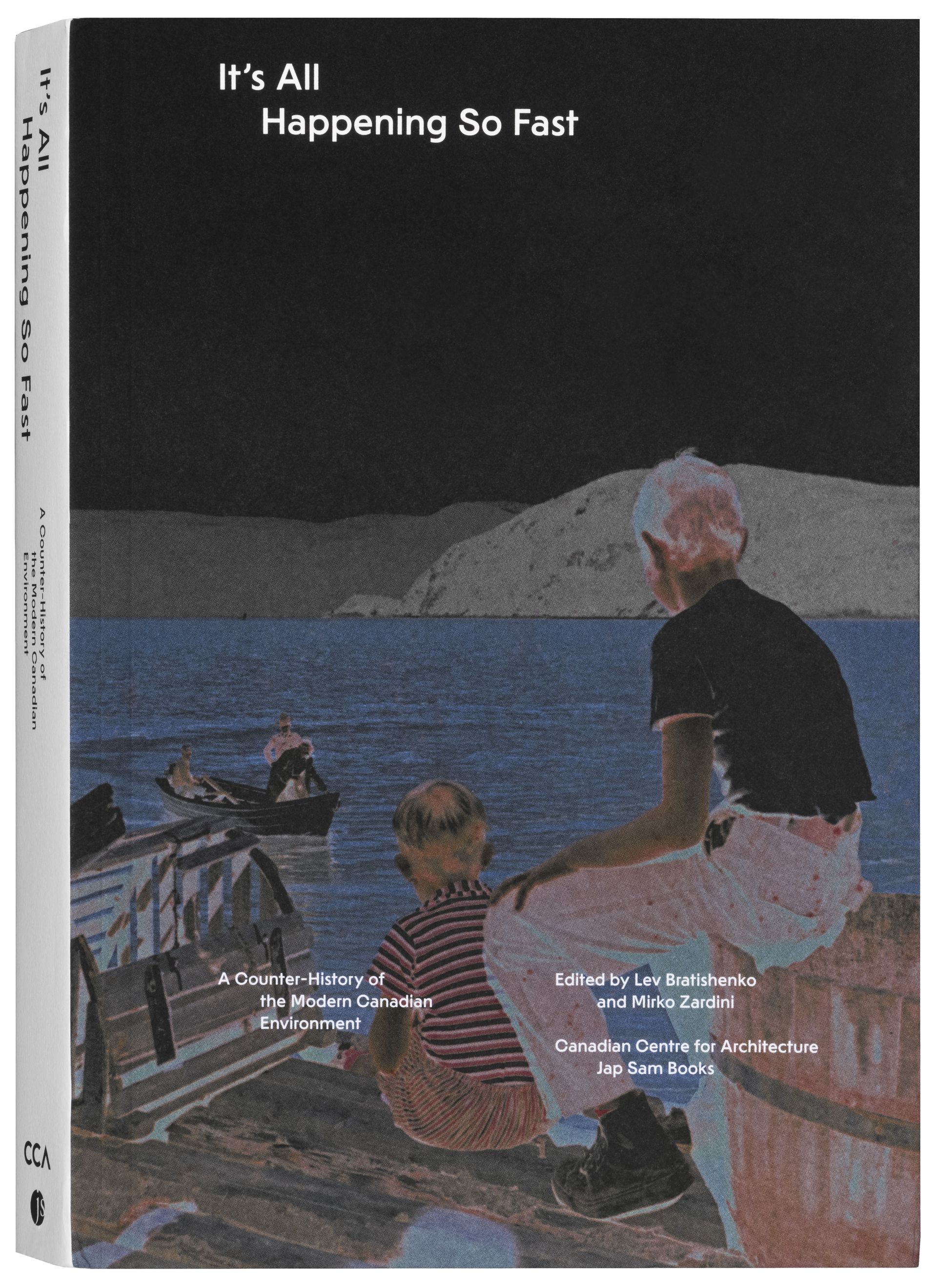 This is a counter-history assembled out of the aspirations, alternative stories and contradictions behind the dominant notion of progress that has captivated our imagination and defined our relationship with the environment. In an age of unprecedented human impact on the planet, we urgently need to reflect on the fundamental assumptions and prejudices that we use to justify our action.

Through visual essays, texts and interviews, this book assembles fifteen accounts of the unexpected consequences of human manipulation of the human environment, especially linking daily life and the extraction of natural resources. Occurring at different moments over more than half a century and across an immense territory, these stories and points of view together expose some of the multifaceted and contradictory relationships that modern society has developed with the world.

The case of Canada is just one example of the striking contradiction between an idealized vision of nature and a troubling, more complex reality. We need new narratives that develop our critical awareness of these contradictions and tensions in our lives.

It’s All Happening So Fast:
A Counter-History of the Modern Canadian Environment
(CCA/ Jap Sam Books, 2016), table of contents

It’s All Happening So Fast

Glimpses of Nuclear Ontario
Return to Past
1
1