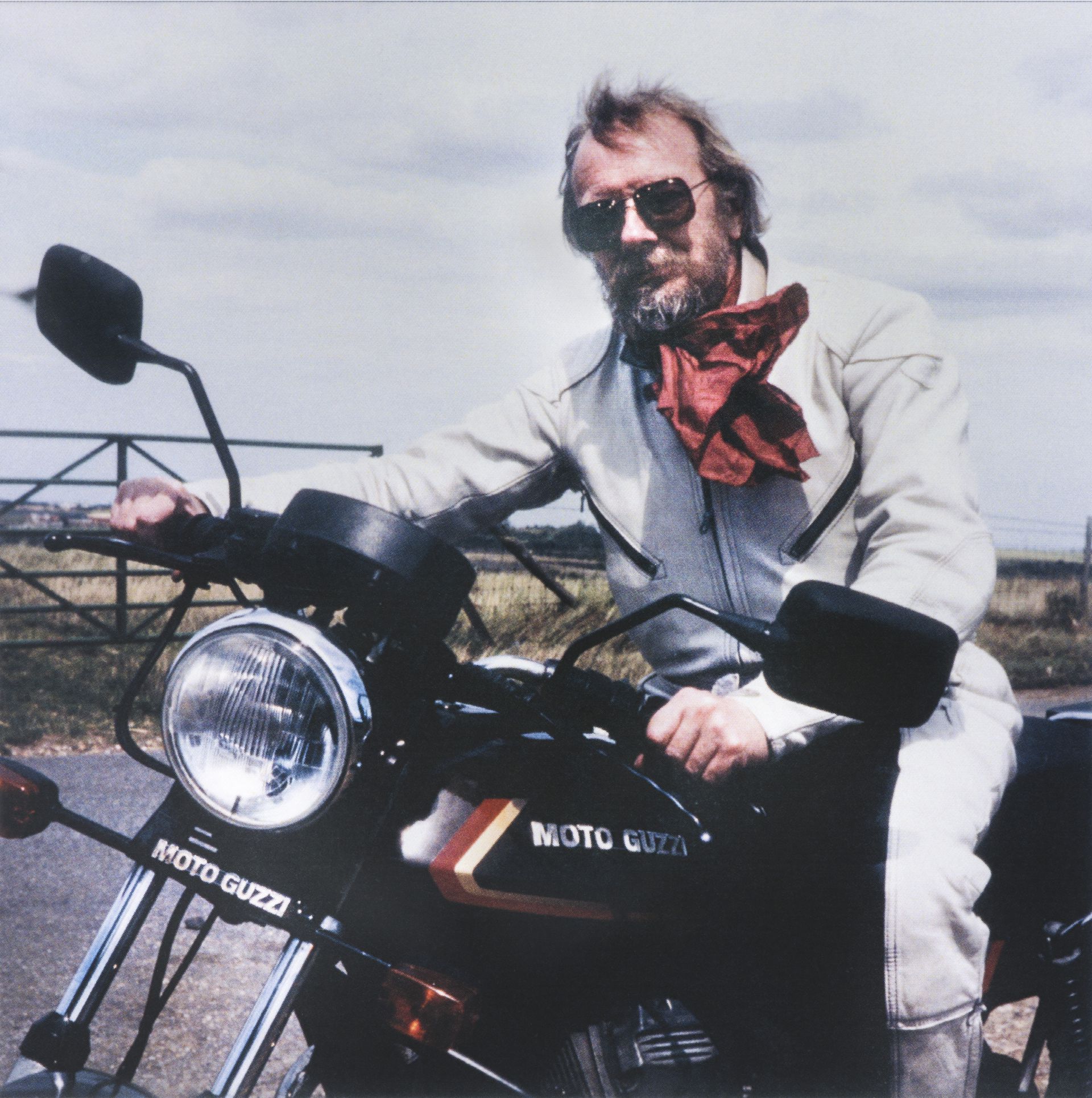 Peter Carter (7 March 1927–2 March 2017) was an extraordinarily thoughtful architect concerned with creating an agreeable and humane environment for workers in industrial and corporate environments. Carter was born in London. Before he was ten years old, frequent visits to the Crystal Palace, Sydenham, where his father was a member of the festival choir, were determinant in his early decision to be an architect so that he could “one day design and build theatres.”

Carter studied architecture at London’s Northern Polytechnic School of Architecture from 1943 until 1950, and his fifth-year thesis project was a complete design for the Watergate Theatre, Adelphi, London, on the site of the Little Theatre, which had been destroyed during the Second World War. From 1950 until 1956, Carter worked on a number of postwar housing projects for the newly formed London County Council Architects Department, under the directorship of Sir Leslie Martin, alongside three other recent graduates in architecture, Alan Colquhoun, William Howell, and Colin Saint John Wilson. During the same period, with Wilson, Carter undertook nine independent competition submissions, including the Coventry Cathedral Competition (1951) and a section of the This is Tomorrow exhibition (1956) in London. In 1956, Carter turned down an architectural fellowship to study at Yale University, accepting instead Eero Saarinen’s offer to work in his office in Bloomfield Hills, Michigan.

After a year in Saarinen’s office, Carter moved to Chicago to study under Ludwig Mies van der Rohe at the Illinois Institute of Technology’s College of Architecture, where he completed a master’s degree in 1958. Upon graduation, Carter was asked by Mies van der Rohe to join his office, where he contributed to the design of numerous building projects and was project architect for exhibitions on Mies in St. Louis (1961) and New York (1963) and for major work in Mies’s office: the Toronto Dominion Centre in Toronto (1970) and Mansion House Square in London (1971). During his time in Chicago, Carter independently entered a number of architectural competitions in England: the National Gallery West Wing, London (1959), with a highly commended proposal; the Metropolitan Cathedral, Liverpool (1961); and the British National Theatre Competition, London (1963), for which he was one of twelve architects to be interviewed. In Chicago he also authored the monograph Mies van der Rohe at Work (1974).The book, which is a clear and accessible analysis of Mies’s concepts and methodology, has been translated into German, Spanish, Italian, and Russian.

Following Mies’s death, in 1971 Carter moved to Toronto to join the practice of Bregman & Hamann. There, he was the design architect for Courtot Centre, Toronto (1971–1973), and a number of unexecuted projects, including the Bell Canada Headquarters (1973) and the King Street office tower (1973), both for Toronto; the Massey Concert Hall (1974); and the CBC Radio and Television Centre (1974). His design for the Ontario Law Courts (1973–1974) included a full set of working drawings, but unfortunately it was put aside with the change of the province’s governing political party.

Carter returned to London in 1974 to establish the office of Peter Carter Architect. His team consisted of two graduates of the Illinois Institute of Technology’s College of Architecture: Dennis Mannina and Stephen LeRoith. The major work of the office was for the Hambro Life Assurance company and its successor, Allied Dunbar Life Assurance Company, in Swindon. Over a period of fifteen years, Peter Carter Architect completed the Hambro Life Assurance office building (1980), with Laning Roper, landscape architect, and YRM (Yorke Rosenberg Mardall), architects; as well as the three stages of Allied Dunbar Tricenter (1991), a significant complex of three interlinked office buildings on a new public square in Swindon which he created. Other noteworthy commissions undertaken by Peter Carter Architect remain unbuilt. These include the Chivas Brothers/Seagram Ltd. Bottling Plant project in Darnley, Scotland (1973–1989); the Arrow Chemical Plants, Swadlincote (1974); and the Anthony Wedgwood Benn Archive Library, Stanstead (1989). Peter Carter Architect also entered the Trafalgar Square Competition (1985).

In 1991, Carter turned toward his passion for theatre. He closed Peter Carter Architect to pursue this interest at the office of Colin Morris Associates, London, exhibition designers, which provided technical help in building models. Carter designed a theoretical two thousand–seat opera and dance theatre based on the concept he had proposed for the 1963 National Theatre Competition, in which audience and performers are enveloped in one major space, the audience being a unit in a cantilevered seating shell. In order to show how the idea could be adapted, Carter designed three hypothetical projects to be located at three sites along the River Thames (1991–1992). He then made competition submissions to the Moscow Theatre Centre (1992) and the Cardiff Bay Opera House (1994). He studied staging for the theatre through sketches, drawings, and a model with moving parts, as well as through sound and lighting, to investigate the possibilities for stage sets and costume design for productions of Mozart’s Magic Flute (1991), Wagner’s Tristan and Isolde (1993), The Trojans by Berlioz (1995), and Wagner’s Ring of the Nibelung (2003).

From the end of the 1990s through 2011, Peter Carter wrote, illustrated, designed, and produced his autobiography, which he titled Aide Mémoire. The volume covers his student work, his personal interests—including careful, systematic diagrams for learning to ride a motorcycle—and the places he visited, accompanied by photographs he took as notation. A large section on theatre includes documents he gathered in his constant research into theatre design along with the programs of the many operas and plays that he attended in Europe and North America. Aide Mémoire, printed privately by Carter for his friends, exemplifies his extraordinary thoroughness in studying and detailing all aspects of architectural design, such the landscape plan in which he names every plant for the rolling hills bordering the bottling plant in Darnley, Scotland. This attention emanated from his thoughtfulness in researching and creating a pleasant worker’s environment. For the Ontario Law Courts, for example, Carter studied the route followed by prisoners through a building, in order to provide humane surroundings.

The material represented in the Aide Mémoire resides in the Peter Carter fonds at the CCA. This fonds, consisting of material produced between 1943 and 1996, is unusual in offering a comprehensive view into sectors of thought and activity of an architect in the second half of the twentieth century, and it provides insight into the design process of one of the great masters of the twentieth century, Mies van der Rohe.

The Peter Carter fonds consists of drawings and reprographic copies, photographic materials, textual documents, artefacts and other material produced between 1943 and 1996.