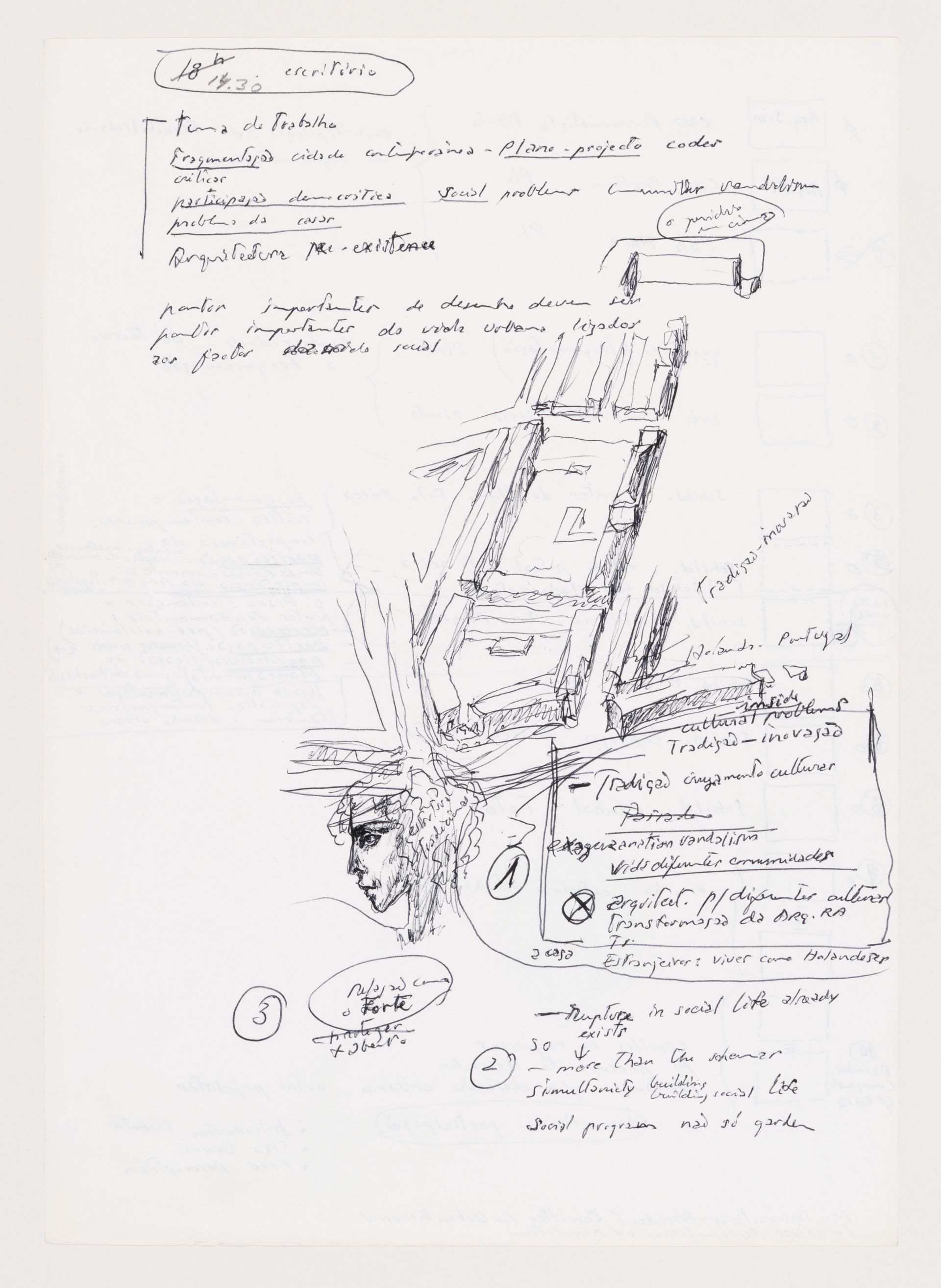 In 2015, the Canadian Centre for Architecture held the exhibition Corner, Block, Neighbourhood, Cities. Alvaro Siza in Berlin and The Hague, which focused on two of Siza’s social housing commissions: the building Bonjour Tristesse (1983) and the Punt en Komma (1989). My project analyzes the roots of these works in the Siza’s projects for the social housing settlements in Bouça and São Victor, which he built under the revolutionary auspices of SAAL. Through a reading of his texts, drawings, models and interviews, this project highlights the political vision hidden behind the poetry of Siza’s use of language. As one of the protagonists of the housing revolution in Portugal, Siza points out the role of architecture in the processes of sociocultural development and the integration of migrants.

Lina Malfona, an architect and scholar with a Ph.D. in Architectural and Urban Design, has been working as a visiting professor and postdoctoral research fellow at the School of Architecture of the University of Rome Sapienza since 2009. She has authored essays and monographs on matters related to the theory of architecture and to the relationship between built form and urban space. In her latest writings, she has analyzed the form of the city as a critical and political device for social and architectural innovation. She has pursued her research thanks to a visiting fellowship at the ATCH (The University of Queensland), a grant from the Getty Research Institute, and a Fulbright scholarship at IFA (New York University). She founded her architectural firm, Malfona Petrini Architetti, in 2007.

Lina Malfona was a Visiting Scholar at the CCA in 2018.