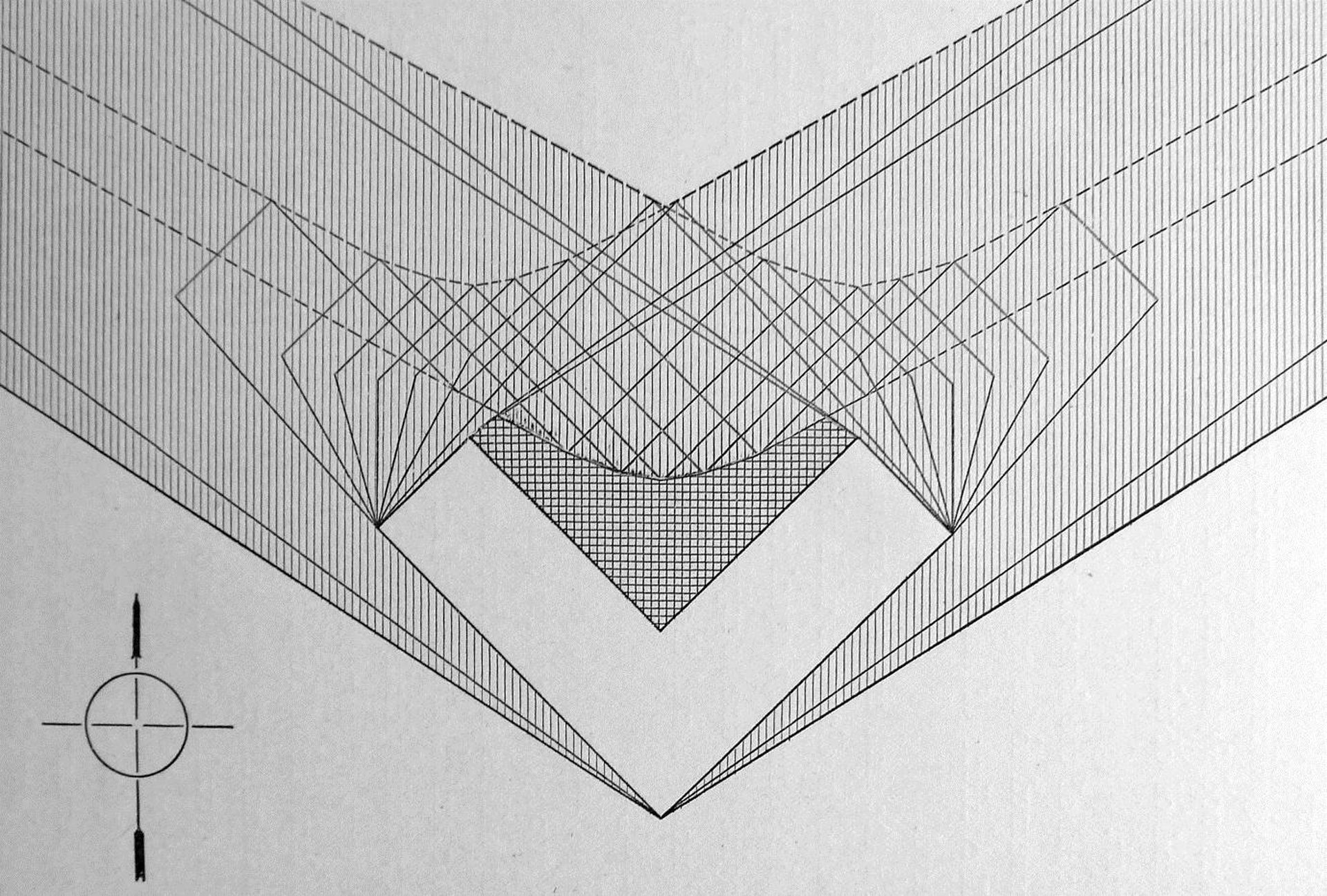 Sunlight studies for architecture and the city, Published in William Atksinson. The orientation of buildings, or, Planning for sunlight. New York: J. Wiley, 1912,36. CCA Library. 494; ID:85-B4068

Visiting Scholar Daniel Siret tells of the apparition of the sun in turn of the century architectural and urban thought. He will illustrate, in particular, the original contributions of William Atkinson, a key figure in this movement’s North American development.

Between 1890 and 1910, sunlight became an important topic in architectural and urban theory; recommendations were issued advocating the need for sunlight in buildings and in public spaces. These were the preludes to the radiant modernity which would engulf the following decades. They defined what might be called the “invention of sun” in architecture and urbanism at the turn of the twentieth century.

The American architect William Atkinson was a central figure in the movement’s North American development. A specialist in hospital design, Atkinson developed his first solar theories at the end of the 19th century. He endeavoured to define a science of sunlight which went beyond the realm of the hospital to also address broader urban issues. He gathered his propositions in his book The Orientation of Buildings: or, Planning for Sunlight, published in 1912.

This seminar will examine questions concerning the apparition of the sun in architectural and urban thought at the turn of the twentieth century. It will demonstrate the originality of William Atkinson’s contribution but will also illustrate the ambiguity of his thought, inscribed within a transition between two key moments in the conception of sunlight distribution in architecture.

Daniel Siret is an architect (1992) with a doctorate from the University of Nantes (1997) and has been accredited to direct research since 2010. In 2001, he became a tenured researcher at the Ministère de la Culture et de la Communication of the Ecole nationale supérieure d’architecture de Nantes (CERMA Laboratory, UMR CNRS 1563). His work examines issues of sunlight in architecture from technical and cultural perspectives. He has published articles on Le Corbusier’s theories of sunlight, on hygienist solar theories in France, on the solar aesthetics of the writer M. Twarowski, and on the model of solar envelopes of the theorist R. Knowles.

Daniel Siret was a Visiting Scholar at the CCA in 2012.