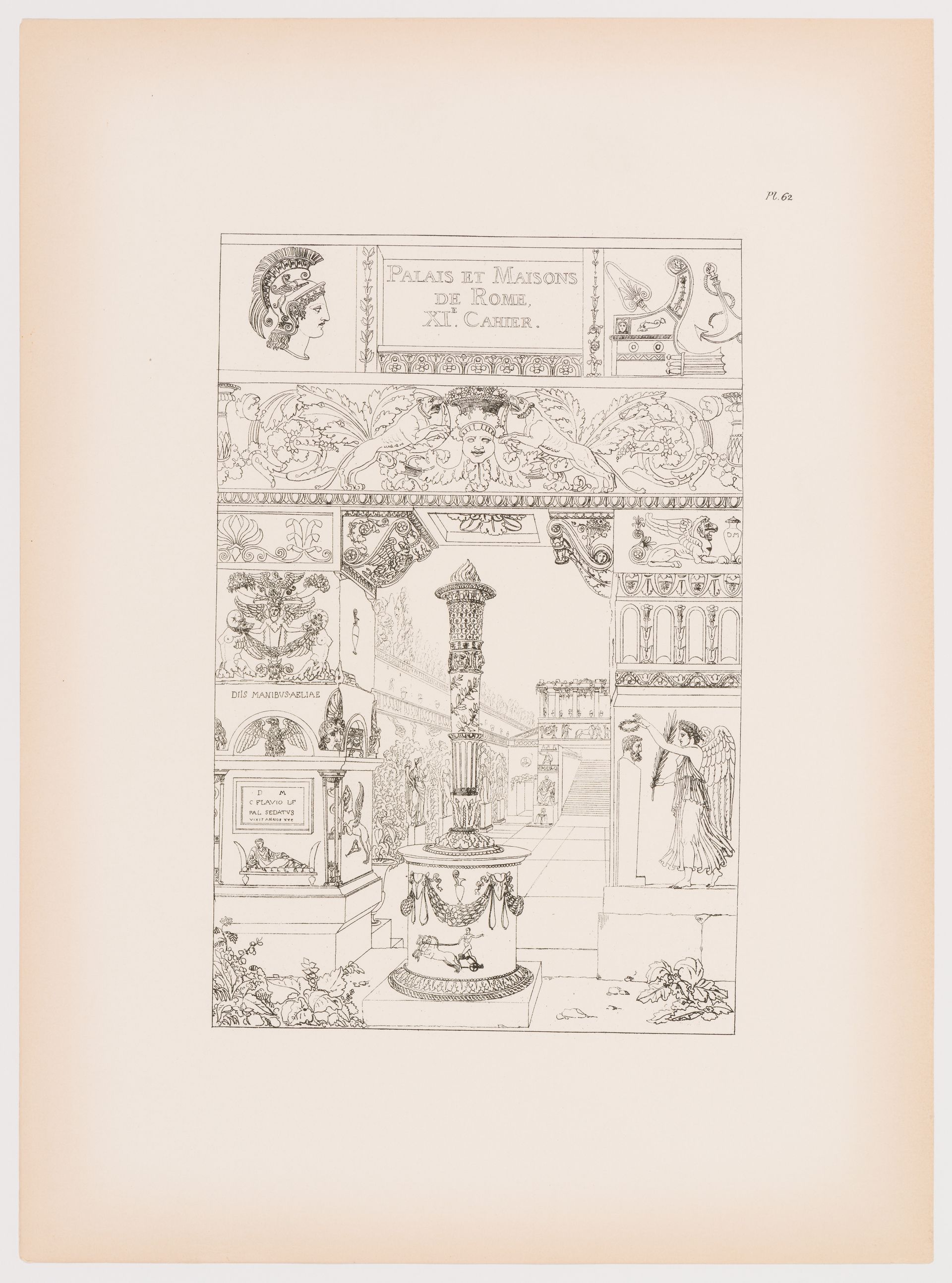 The influence of the Italian “modern” model, which includes palaces and villas as well as medieval basilicas and bourgeois houses, is evident in French books on architecture beginning around 1800. This is a response to the emergence of more democratic or utilitarian programs such as the apartment building, the villa, and agricultural or industrial construction. Yet above all, it was a way to escape the framework of classical monumental architecture, to explore other design methods, and to forge new models by means of a radical graphical elaboration.

It is important to distinguish Percier and Fontaine and students of the École des Beaux-Arts who published their Italian sketches, from Durand, Charles Normand and François-Léonard Séheult who had not visited Italy, but used visual sources derived from documents, doubtless under the direction of Boullée. The first group privileged the plan and promoted their status as artists by providing numerous views of buildings and details of ornament. The second, more radical in their interpretation, were interested only in depicting façades, and rejected both coloured rendering and the use of perspective. The schematic Italian model of the Précis des leçons d’architecture données à l’École Polytechnique (1802-1805) corresponds to a desire for the popularization and diffusion of a simple, efficient method based on an elementary geometry. In opposition, the elegant Italian model of Palais, maisons et autres édifices modernes dessinés à Rome (1798), illustrated with line engravings but also proposed in a hand-coloured edition punctuated with spectacular decorative frontispieces, is in its refinement typical of an elitist artistic approach based on transmission. Thus assert themselves, often from identical references, both a rational aesthetic of regularity and a subjective and picturesque approach to architectural design. Although it is possible to see these as opposites, they are really two sides of the same coin: the birth of composition, the advent of the contemporary period.

Jean-Philippe Garric is the architect of the Centre International pour la Ville et l’Architecture in Brussels. Former resident of the Villa Medici, he holds a Ph.D. from the Université de Paris-Vincennes-Saint-Denis (Paris VIII). He has worked at the Institut Français d’Architecture and has participated in exhibition projects at the CCI, Centre Georges Pompidou. In 1992-1993 he was Assistant Professor to the University of Notre-Dame’s Rome Studies Program. With Valérie Nègre he has run the de la Garenne Lemot summer program in architecture in Clisson (Nantes) since 1993, where his research focuses on late eighteenth and early nineteenth-century rural architecture. As well as organizing exhibitions, he has edited several publications on this topic including La Ferme réinventée (2001). He is a contributor to the bibliography of books on construction, a programme developed by the Conservatoire National des Arts et Métiers (CNAM) in Paris. He is an Associate Professor at the École d’Architecture de Paris-Belleville.

Jean-Philippe Garic was a Visiting Scholar at the CCA in 2004.